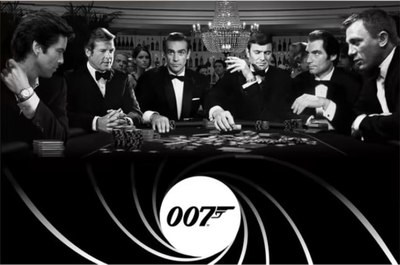 James Bond is the archetypal super-cool spy, the man that can do everything and is as comfortable flying a plane as he is seducing supermodels at the bar. He speaks just about every language you can think of, skis like a native of the Alps, is almost unbeatable when it comes to hand-to-hand combat and is a sharpshooter with a rifle.

He knows the best vintages for Bollinger and Bordeaux, can outmanoeuvre anybody in a car and is pretty nifty in a tank as well (see Goldeneye). He can do it all in other words and is the man for whom the phrase, “Women want to be with him, men want to be him” was essentially written.

Bond is a casino regular too, usually because that’s where the rich and evil apparently hang out and, unsurprisingly, he is unstoppable at the tables. Card games and casinos feature in several Bond films (and of course books) and the former Royal Navy Commander invariably cleans up, much to the chagrin of the beautiful yet flawed woman, or evil and maniacal man he is playing against. But what game is Bond always playing? 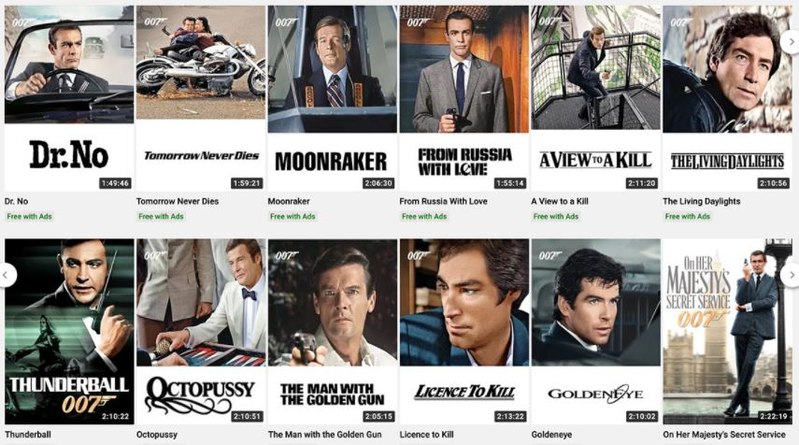 Purists may prefer us to focus on Ian Fleming’s books but then purists probably already know what games their hero plays in which books and why. Either way, it is the films that are our focus in this piece and the eponymous hero plays cards or enters a casino in a huge number of them.

He plays a range of games across these films. In others, he enters casinos but doesn’t actually gamble in them (for example in The Man With The Golden Gun he collects some golden bullets from one). In one of the most iconic films in the hugely popular series, Goldfinger, he famously doesn’t make it to a casino or play cards or other games but puts a stop to Auric Goldfinger’s cheating at high stakes gin rummy. In Never Say Never Again he even, somewhat bizarrely, plays a variation of a video game in which the loser receives an electric shock.

Bond dabbles with poker (in Casino Royale they play no-limit Texas hold ‘em), craps (in Diamonds Are Forever), Sic Bo (SkyFall) and roulette (On Her Majesty’s Secret Service), as well as playing backgammon in Octopussy. But the game that features most often is indeed baccarat. 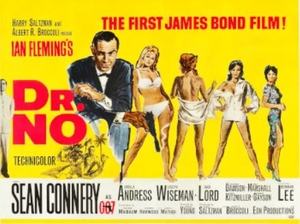 The first Bond film released came out four years after the book of the same name and sees Sean Connery in the lead role. It is in a London casino (the fictional Le Cercle Casino) where Bond first says the immortal lines “Bond… James Bond,” by way of an introduction to the character Sylvia Trench, played by Eunice Gayson (who also appears in the second film, From Russia with Love).

According to The politics of James Bond: from Fleming’s novels to the big screen, a book by Jeremy Black, Bond author Ian Fleming said that his most famous character was shown in casinos because “skill at gambling and knowledge of how to behave in a casino were seen … as attributes of a gentleman”. That seems an outdated idea of course but it at least gives us an idea as to why Bond is so often seen gambling.

In Dr No Bond plays a game of chemin de fer against Trench, winning of course, and the whole scene is considered one of cinema’s most famous. Quite why Bond is specifically playing baccarat is unclear but the way he casually lights his cigarette before delivering the classic line for the first time, the iconic theme tune coming in as he does, is simply brilliant. And this is not the last time we will see him playing his favourite casino card game. 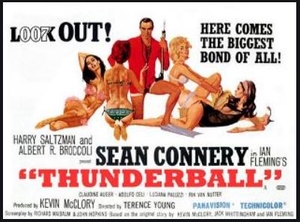 Connery returned in the 1965 Thunderball and pretty much headed straight to the baccarat tables for some more action.

He goes up against the film’s chief bad guy, Emilio Largo, played by an eye-patch-wearing Adolfo Celi.

The scene is set in a Bahamas casino but was actually filmed in England. Bond wins, of course, in what would become a familiar routine of the MI6 spy getting the better of bad guys in a show of soft power before a more dramatic and violent knockout blow later in the film. 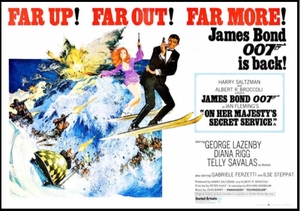 Not a Bond film that too many fans hold dear to their heart, this was George Lazenby’s only outing in the role.

Lazenby had been a model and this was his first major acting job but sadly it is a rather forgettable film (in our opinion, some hardcore fans seem to love it but we think they’re just trying to be cool).

Anyway, roulette features in this film, as does, briefly, good old baccarat.

In this, one of the modern-day (1995 is modern, right?) classic Bonds, Brosnan, in his first Bond film, plays the memorably named and very-strong-thighed Xenia Onatopp.

Yes, Onatopp (as the Georgian baddie herself likes to emphasise).

You can check out the excellent chemin de fer scene below (guess what, Bond wins, at least in the end), set and played in probably the most famous casino of them all, the Casino de Monte-Carlo.

Why Does Bond Play Baccarat?

Initially we pondered the question why does James Bond always play baccarat? and as we have seen, he absolutely does not always play it. Bond is adept at basically any game the casino offers and any game or sport at which the bad guy wants to lose face and money. That said, it is very widely accepted that baccarat, and in particular chemin de fer, is his game of choice. 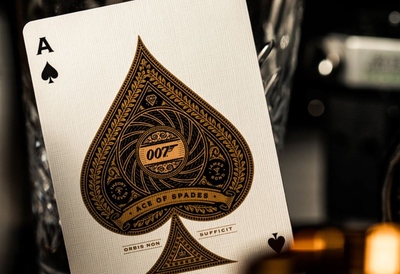 We cannot really say for sure why that is but we suspect it is partly to add a little glamour and mystique. Most people are familiar with roulette and blackjack and so it looks a little more sophisticated and mysterious to see Bond playing a different game. If Fleming wanted to place Bond in a casino to enhance his credentials as a suave gentleman of the world he had to play something, and perhaps Fleming thought that making him play roulette was too commonplace.

Of course, this is a mere hypothesis. It may have been that Fleming himself was a fan of baccarat or just that it was the first game that came to mind. If there is any truth in our theory though, it is interesting that in Daniel Craig’s Casino Royal, Bond was made to play poker.

The 2006 film is actually the second film version of Fleming’s 1953 book of the same name. There was a 1967 parody starring David Niven in the famous role and whilst not an EON Productions Bond, some still consider it to be part of the catalogue.

In the book and the 1967 film Bond plays baccarat against the baddie, Le Chiffre, a name fans of the Craig film will recognise. As a trivial aside, the legendary Orson Welles played Le Chiffre in the original, with comedian Peter Sellers playing one of multiple “James Bonds” (don’t ask!) as a master of baccarat.

Anyway, returning to our theory that chemin de fer was used for its mystique value, the makers of the Craig version of Casino Royale decided to ditch the game precisely for that reason. Texas hold ‘em was soaring in popularity at the time and it was decided that using the game would make things more relatable and exciting as viewers would understand what was going on. 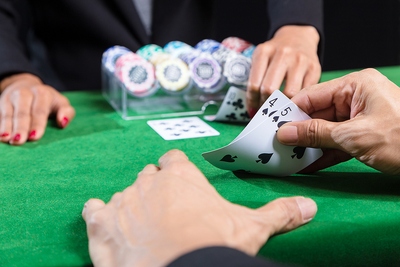 Also called shimmy, chernay or chemmy, it is considered the oldest form of the game and literally means “iron path” (in French), although usually means railway. The other major forms of baccarat are punto banco and baccarat banque. The former of those is now essentially synonymous with baccarat and if you ever encounter the game in a casino, especially an online casino, it is more than likely punto banco you will be playing.

Baccarat is generally considered to be an Italian game, although its origins are disputed. Chemin de fer is often thought to be a French variant and is certainly more popular in France than elsewhere. None of the games within the baccarat family is especially skilful but in chemin de fer (as compared to punto banco) the player does at least have some say in proceedings rather than being entirely passive.

That element of player agency may have been why Fleming chose to have Bond play chemin de fer rather than punto banco. However, in truth, we feel poker should be Bond’s game, as here there is far greater scope for genuine skill, player influence and psychology, allowing him to show off once again what a modern-day renaissance man and polymath he is.