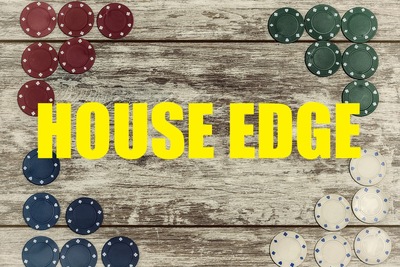 All games in the casino have a house edge, which is to say that all games offered are ultimately profitable to the casino by design. How else did you think they paid for those glitzy buildings, their armies of staff, the cheap – or even free – food, and the gigantic electricity bill all of those slots must generate?

Blackjack is no different when it comes to having a house edge and here we take a look at how the game generates its house edge, what sort of figure you can expect to see, how you can reduce the edge.

We’ll also assess what games and bets, if any, you should avoid and which you should seek out to give yourself the lowest house edge possible.

What Is The House Edge?

Before we get into all that though, let us briefly explain what the house edge is. This is something we have written about in more detail elsewhere so we really will keep it brief.

The house edge can be seen as the casino’s profit margin on a given game. The higher the edge, the more profitable a game is for a casino, which means that it is a case of the lower the better for the player. In effect, the house edge is the percentage of total stakes the casino expects to win on average.

Where Does The House Edge Come From? 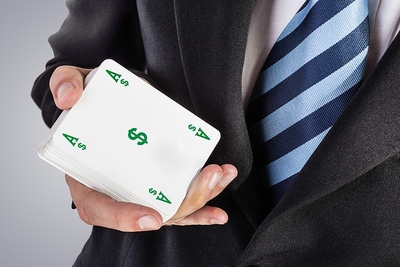 Each game generates its house edge slightly differently but ultimately they are built into the design and gameplay of the game, and the odds. Games are structured so that the relationship between the probability of an event happening and the odds for such an outcome are perfectly balanced in favour of the casino.

In roulette, for example, it is very easy to explain how the game creates its edge and it is hopefully easy for that explanation to be understood. The zero (or zeroes) create the house edge because whilst the odds reflect the probabilities of a wheel with just 36 pockets, the single zero on a European wheel means there are 37 possible options for the ball to end up in. The odds for a single number are 35/1, meaning a winning bet returns 36 units but those odds are only “fair” (which is to say free of any house edge) on wheels with no zero. You won’t find such a wheel at any casino, unfortunately.

The way blackjack creates its house edge is more complex and variable. That said, there is one key rule of blackjack that essentially tips things the way of the dealer (which is to say the casino): the player draws first.

Unlike many casino games, the player has active decisions which affect how the game pans out and can therefore alter the house edge (of which more later). The most important and basic of these decisions is whether to hit or stand as the player tries to get as close to 21 as possible without busting. The player completes their hand before the dealer does and if they go bust they lose automatically, irrespective of what happens with the dealer’s hand. In simple terms, if both sides bust, it is not a push (a tie, with the stake returned) but the player loses.

Using basic strategy (again, we’ll come to this shortly) the player can expect to bust just under 30% of the time. The chance of going bust on any hit is actually higher than that for all two-card player combinations of 12 and upwards but of course the player will not be hitting if they have 17 or upwards, nor in many cases if the dealer has an up card worth six or lower. None the less, that means that almost 30% of the time, the player is going to bust and will automatically lose.

This is a huge advantage to the house and if no other rules were tweaked the house edge on blackjack would be significantly more than it is. However, player-favourable rules such as a 3/2 payout on blackjack (whereas the dealer only wins your stake if they hit a natural) and the player being able to split pairs and double their stake on favourable hands, brings it down to around the 1% mark, or even less.

What is the House Edge For Blackjack? 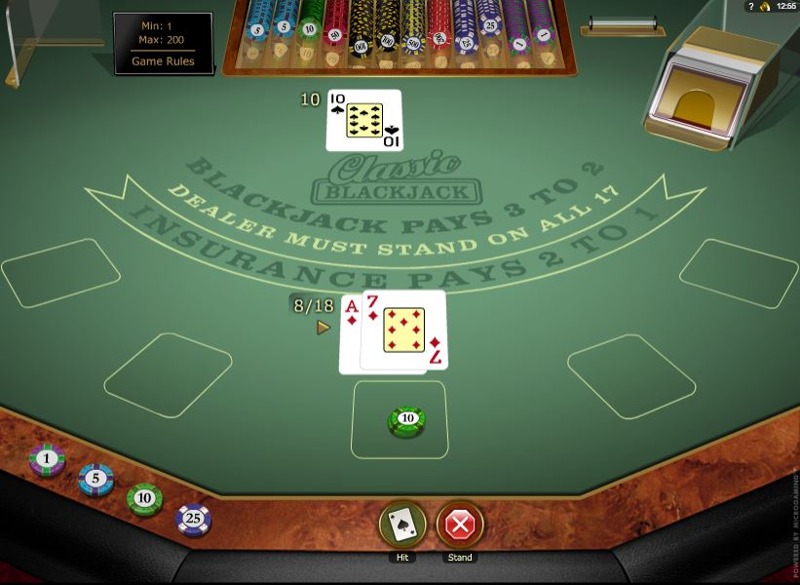 Whilst the house edge for roulette and certain other casino games is more or less fixed, when it comes to roulette it can vary widely based on two factors, meaning we cannot give a single figure. First, the rules being used affect the edge and second, the person playing and their skill. We will consider the latter point first.

Whenever you see a house edge quoted for a certain blackjack variant it will be the lowest achievable using basic strategy. Basic strategy is slightly misleading as a name as it actually refers to the optimal way to play each and every hand based on the cards you have and the dealer’s up card. It is a mathematically proven way of playing that gives you the best chance of winning. No matter what the decision, be it hit, stand, split, double, re-split or whether to take insurance, basic strategy optimises your chances of winning.

The name basic strategy perhaps comes from the fact that it does not take into account previous hands, nor the cards held by other players at the table. To do this we move into the realm of card counting and this is the only way to achieve a lower house edge than the one you may see quoted. Any other deviation away from basic strategy, no matter how sensible, clever or obvious it may seem, can only increase the house edge and, therefore, decrease your chance of winning.

If we take employing basic strategy to be a given (it doesn’t require any real skill, especially if you play your blackjack online as a simple chart can tell you what to do), the real key factor is the variant of blackjack you are playing and the rules it uses. Different casinos, both online and offline, use slightly different rules to alter the house edge and gameplay as they see fit.

If all the possible tweaks are dialled towards the player, the house edge can theoretically become negative, meaning the player expects to win and the casino would go bust. Conversely, if the casino stacks all the cards in its favour (metaphorically rather than literally), the house edge would become so big that no player with any sense would sit at the table. This very simple analysis illustrates what the casino should attempt to do: obtain the right balance between player and house.

In general, most casinos seem to feel that a house edge of around 1% gives this balance. The vast majority of blackjack tables you will see will operate between around 0.5% and 2%. Even at the higher end that still compares favourably to many other casino games. Roulette, for example, even when played with just a single zero, has a house edge of 2.7%, Casino War is at least 2.88%, slots vary between around 3% right up to 12% or more, whilst most casino poker variants are over 3%.

What Games And Rules Have The Lowest Edge?

In order to ascertain what game has the lowest house edge, you would need to look at the specific rules for each and every game. However, there are some simple rules you can use to automatically find games that edge towards the lower end of the spectrum. The simplest is to always play a standard and simple variation of the game.

Modern online casinos have all sorts of fancy games with impressive-looking bonuses, jackpots or gameplay, but you invariably pay for this through a higher house edge. Single hand blackjack, classic blackjack or just plain old blackjack are the names you should be looking for. If the game variant you are playing has anything else in its title, the chances are (in general) it will have a higher house edge.

In terms of rules, all the various options and variables within the game have an impact on house edge. In general, the following are what you should be looking out for:

We have detailed above what impact certain rule alterations have but let us now look at two examples to see just how big a difference this can make. We will keep the rules within the bounds of what is reasonable, rather than pushing them to the very extreme. Both casinos are full pay for blackjack, both allow late surrender and neither allow a hit on split aces. Even so, our two hypothetical casinos offer blackjacks with massively different house edges.

Given how infrequently natural blackjacks occur, it may surprise players to learn that a reduction from odds of 3/2 to 6/5 has a very large impact on the house edge. This is not a rule you are likely to see with any standard blackjack variant but it crops up in some special versions (and at slightly dodgy online casinos that are best avoided anyway).

If we alter the Mountebank’s rules, true to name, to pay out at 6/5, the edge jumps up to a massive 2.267%. Obtaining a full 3/2 payout on blackjack is arguably the most important rule to look out for in fact. The number of decks, especially when dropping to just a single deck, is probably the next most crucial. 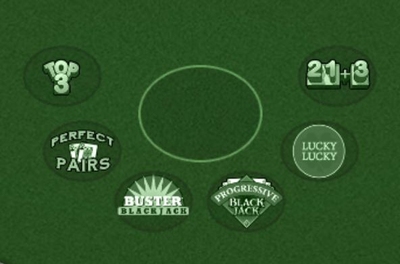 In general, the betting options within normal blackjack variants are quite limited. Assuming you stick to our advice to keep things simple, therefore, you won’t have too many choices to make. Special games tend to offer a host of side bets, sometimes with the chance to win what appear to be tempting sums… however, as said, you pay for this with a sometimes eye-watering house edge.

There are more commonly offered side bets which are sometimes available in more standard blackjack variants. One such bet is perfect pairs, with various payouts based on obtaining a pair on your first two cards, the highest payout, sometimes 25/1, being offered for a perfect pair, for example, two 10s of hearts. A pair of the same colour pays out at lower odds, with any numbered pair offering a lower return still.

There are some slight variations and odds differences but in general, a house edge of between 2% and 11% is typical on perfect pairs side bets. Given you should be looking for a standard blackjack game with a house edge lower than 1%, clearly perfect pairs is best avoided.

21+3 is another side bet you may see, based on a player’s two cards plus the dealer’s first one. Once again this comes in various shapes and sizes but is also best avoided. As far as we are aware the best house edge you will see on any bet, for any variant, based on any number of decks, is 2.74%, with some well over 8%.

21+3 is not particularly common but the most frequently offered side bet, insurance, certainly is. This allows you to have a bet on whether the dealer will complete a blackjack when their initial card is an ace. This can be tempting, as you probably feel there is a very good chance of you losing when they nail that 10 (or face card). However, without going into the maths, which is actually relatively simple but unnecessary here, the house edge on insurance (which pays out at 2/1) is around 7% (varying according to the number of decks used). Once again, that’s a terrible bet.

A similar variation on this occurs when the player has already completed a blackjack. If the dealer has an ace you may fear them hitting a natural, resulting in a push. Some BJ variants may offer you a payout at even money ahead of the dealer playing out their hand. This guarantees you a win but is, surprise, surprise, an option you should avoid. It is essentially the same as taking insurance for half your stake, with the same poor house edge.