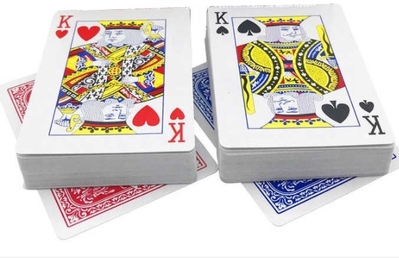 Blackjack is one of the most popular games in any casino, whether you are playing at an online casino or in the real world. However you play blackjack, there are lots of minor gameplay differences that can have a significant impact on the return to player (RTP) rate and the number of decks used is one of the easiest to understand.

The RTP essentially details how much a player can expect to lose on average when they play a given casino game. All casino games have a profit margin built into them which is how the casino makes money. The RTP is expressed as a percentage and can vary quite significantly. When talking about slots and related games, the UK Gambling Commission states that, “There is no statutory minimum percentage payout for a gaming machine.” On slots you may find an RTP of as little as 80%, meaning that for every £1 staked, a player can expect to get back just 80p in the long term.

This is just an average though and is typically calculated on 100,000 spins or more when it comes to games that are entirely random. Other casino games, including roulette and blackjack (and others) have a fixed RTP that is based on the maths that underlie the game.

For example, in roulette because there are 37 slots on a standard UK wheel and any given number returns 35/1, we can say that in theory if you place 37 single bets of £1 on a single number, you would expect one to win, meaning you have £36 left having started with £37. This is an RTP rate of 97.3% and indeed this is the RTP of roulette, equating to a house edge, or casino profit margin, of 2.7%. 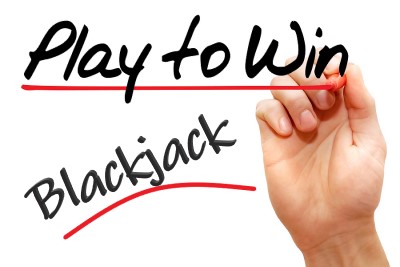 When it comes to blackjack, complex mathematical calculations and a deep understanding of the game have led to the creation of the concept of optimal play. This means that based on the player’s card and the dealer’s card, there is always a single course of action that delivers the most favourable results for the player in the long term.

In general, most online casinos offer blackjack that has a house edge of between 0.4% and 1.5%, though it can go a little lower under the most liberal rules or a lot higher with some less generous casinos that stack all the rules in their favour. The number of decks used has a big impact on the house edge and some of the other factors include:

How Big Is The Impact Of Multiple Decks?

The impact of more decks is quite significant, perhaps much more so that many players might realise. If we assume fairly standard, but still rather liberal, rules in the other areas that matter, including those listed above and others, we can see the impact of adding more decks below. Note that this table shows the house edge, which is the casino’s profit, rather than the RTP. Whilst a high RTP is a good thing, anyone playing blackjack wants the house edge to be as low as possible.

Whilst this may not seem like a big deal, even small percentage differences add up over a long period. Clearly the biggest jump is when moving from a single deck to a double deck game, the house edge is not too far off quadrupling. Blackjack is a game where players may play hundreds or even thousands of hands and even with small stakes, such differences soon add up.

If you are playing blackjack in order to complete the bonus wagering requirements of an offer then this will be of particular interest. The RTP with blackjack is better than almost any other game going (video poker can beat it depending what rule variations are being used in both games). Because of this it is a popular choice for those playing with bonus funds who want to try and make sure they still have some “free” cash left when they have finished the wagering.

Some years ago now most online casinos realised this and that is why many exclude blackjack from bonus wagering or allow it only to contribute at a reduced rate, where perhaps a £10 stake reduces the rollover by just £1. None the less, whether you are trying to clear a bonus or simply playing for fun, opting for the blackjack variation with the fewest decks in play is the best bet, all other rules being equal.

Many online casinos offer a wide range of blackjack games and variants, with ever more new and novelty iterations of this classic game available. In general though, whilst the chance to win larger amounts or shiny add-ons can grab your attention, more often than not it is the simplest forms of the game that have the best RTP. Not all sites offer single deck blackjack, but if they do this should almost certainly be the game to plump for.

Why Does More Decks Spell Bad News For The Player? 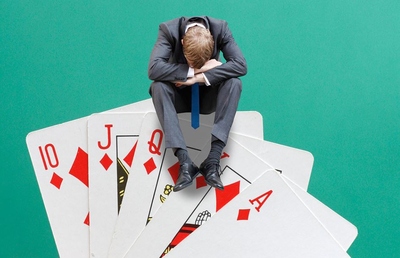 So, we have established that playing blackjack with multiple decks will negatively impact your long term results but why is that the case? Well, it is a combination of a number of factors, one of which and perhaps the most important, is the increased chance of obtaining a blackjack.

Let us assume you get an ace first card in a single hand game. Your chance of getting blackjack is 16/51 (there are 16 face cards or 10s out of the 51 remaining cards), or 31.373%. In a two-deck game that becomes 32/103, which is 31.068%. This only seems like a small difference but it has a notable impact and whilst the same applies to the dealer’s chance of getting blackjack, whilst you will be paid at 3/2 odds, they will receive just your stake. What’s more, the chances of a blackjack push (where both you and the dealer get a blackjack) are considerably reduced.

Similar maths and theory applies to other potentially profitable situations for the player, such as when holding a good two-card combination such as a 7 and 4 or 6 and 5 that can be doubled. And going back to blackjack, just as the player has a better chance of hitting a natural from an ace, the same is true if their first card is a 10.

Of course though, as we said, the single deck advantage is only necessarily true where all the other rules are the same. Some casinos, both online and offline, offer a reduced payout of 6/5 for blackjack in their single deck games. Let us now add a third column to our previous table in order to show how just with that seemingly minor tweak, the house edge goes up and the RTP goes down.

The table shows that the impact of reduced blackjack odds is much greater than increasing the number of decks. So whilst you may hear “always play single deck” as advice, it is crucial to ensure that the other key rules are also the same.

Playing a single deck game with a reduced 6/5 blackjack payout has a house edge roughly two and a half times that of an eight-deck game with the normal 3/2 odds. So, whilst playing a game with as few decks as possible is great, it is far from the only factor to think about.

Card counting is easier and more effective the fewer decks that there are. The vast majority of players will not be using this technique, which we look at more closely in a separate article. However, making things harder for those that do count cards is a fairly significant impact of using multiple decks and part of the reason casinos introduced multideck games.