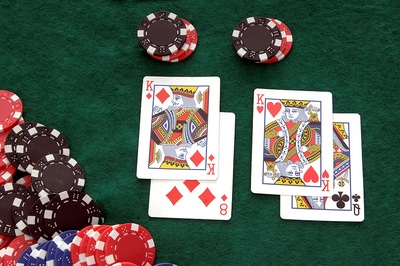 Kenny Rogers sang that: “You’ve got to know when to hold ’em, know when to fold ’em”. But when it comes to blackjack, knowing when to split, when to hit, when to double and when standing will give you trouble is what it is all about.

Country music classics aside, when should you split in blackjack, and – just as importantly – when shouldn’t you?

It’s not a question that can be answered quickly or easily, and will depend on the cards in front of you as well as those in front of the dealer, so remembering the optimal play in any given situation is tricky. It takes time to master.

That said, there are a few key rules to get you started that will serve as a solid foundation from which to get to grips with the rest. This all assumes that you know what splitting is of course, so if you don’t, read the next section before getting on to the nuts and bolts further down the page. 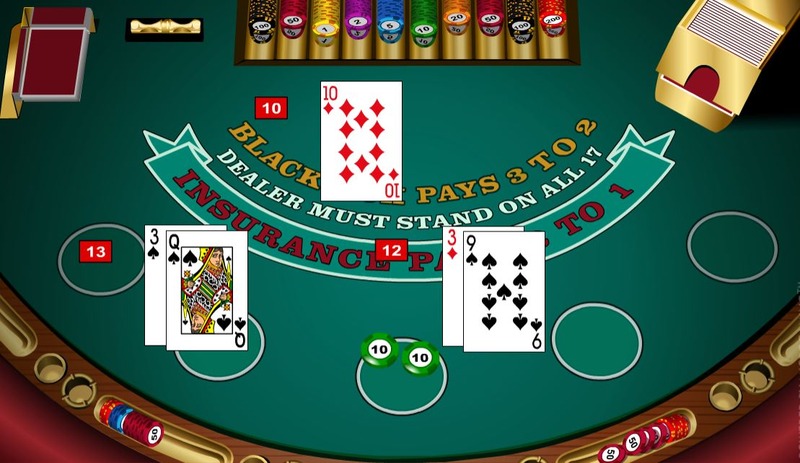 Let’s start right at the very beginning and explain what splitting actually means. In blackjack you will be dealt two cards and, quite simply, if those cards are a pair of the same number (or, for example two jacks, two aces and so on) then you can split them.

Splitting effectively creates two hands, so you will be required to put down the same stake again, doubling your overall bet for that round. The two original cards are split off, becoming the first card of two separate hands. You will then be dealt a second card for each of the original two and play these in turn against the dealer’s card.

Splitting can be beneficial in a range of ways. It can, for example, allow you to bet more if the dealer has a very poor first card, such as a six. It can also allow you to bet more and create two very good hands, if, for example you draw a pair of aces first up. On the other hand, a pair of eights together is a very poor 16, with a high chance of busting; but split them and they become two decent first cards where you are in with a good chance of winning at least one and thus breaking even.

Basic strategy, otherwise known as optimal play, is a proven theory that gives you the best chance of winning. Unless a player is card counting, or with the odd more advanced situation that equates to very low level card counting, basic strategy irrefutably tells you what decision to make in any given situation at the blackjack table.

As with all elements of basic strategy, some of the minutiae is dependent on the exact rules of the format of blackjack you are playing. When it comes to splitting this concerns things like whether or not you can double after a split or re-split further pairs.

However, in terms of when to split there are two very simple rules that always apply and everyone should be able to remember. These are:

No matter what the dealer has or what rules are in play both of these calls improve your odds of winning in the long term (with one tiny exception discussed below). A pair of aces may be great if you’re playing poker with Kenny Rogers, but in blackjack a soft 12 is no fun. Having two hands in play, both with an ace as the first card, is, however, a lot of fun – and highly likely to be profitable.

When it comes to eights, as said, whilst 16 is the worst two-card combination possible, an eight first up is not too shabby. With two hands starting with an eight there is a good probability that at least one will win. That means you have turned a probable losing hand into one that has an above average chance of breaking even.

In fact, detailed analysis shows that even against a very strong dealer hand, it is the right call to split those eights and double your stake. This might seem counterintuitive to many, as if the dealer has a 9, 10 or ace, many will feel that adding to their stake is the last thing they want to do. Computer analysis shows that against these strong dealer hands, splitting the 8s will see you “lose about $43 per $100 bet” compared to a loss of $52 if you had hit the 16 (standing on 16 yields an even worse result).

But Never Split Fives or Tens 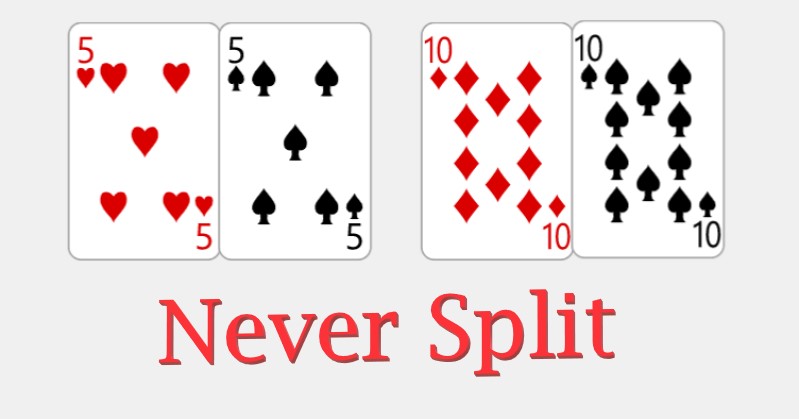 The next simple rule to follow when it comes to splitting concerns two times that you should never split. Once again this applies to all rule variations and just remembering these two things, plus the two above, will get you reasonably close to the minimum possible house edge with regards to this aspect of the game.

Once again, this is an absolute rule with no exceptions, and whilst one part of the rule might seem quite obvious, the other is perhaps less evident. Not splitting 5s is something that we would expect most players to realise is wise. The pair is worth a very favourable 10 when added together but if you split them you are creating two very bad hands with the second-worst starter card possible.

The argument not to split 10s (including jacks, queens and kings) may seem less clear but is none the less watertight. A player unfamiliar with basic strategy may feel that having two good first cards and the chance to double their overall bet is one they should take, especially if the dealer is showing a poor first card, such as a five or a six.

However, by splitting 10s you are breaking up what is almost certainly a winning hand. Statistically 20 is a favourable position against any dealer hand including an ace. It will win more than 70% of the time and lose around 12% of the time (around 18% of hands being a push, or tie). 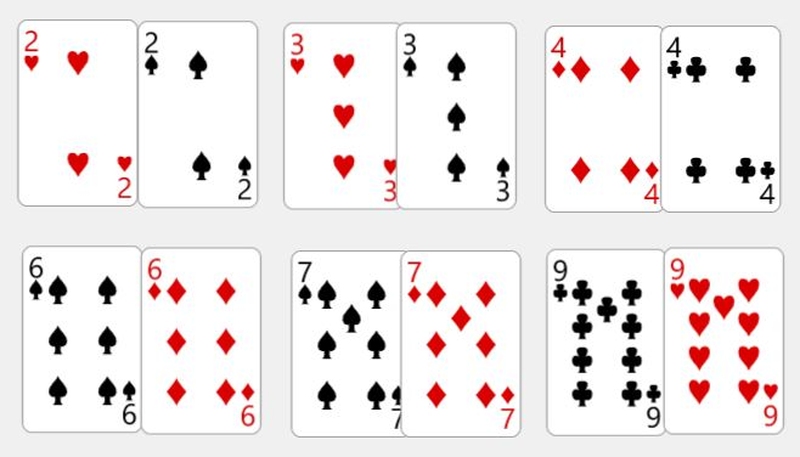 Whilst those simple four rules work very well, basic strategy covers every eventuality, not just pairs of aces, 10s, 8s and 5s. We reemphasise that the following is a broad guideline, designed for four to eight-deck blackjack with standard rules including surrender. In other blackjack articles we have explained certain differences, such as whether or not the dealer stands or hits on a soft 17.

When it comes to splitting, the difference is very minor and is only relevant to a pair of 8s. The only exception to the “always split 8s” diktat is that if the dealer hits on a soft 17 and their upcard is an ace, you should surrender. Other than that, the rules are the same and can be summarised (though not very simply) thus:

That might seem relatively complex but the beauty of playing at an online casino is that you can easily have these rules to hand. Splitting is one of the key decisions when it comes to blackjack so make sure you know when to split and when to hit (or stand) and give yourself the best odds of cashing in.