Roulette is largely a simple game and that is part of the reason it is one of the most famous, iconic and popular casino games around. With so many great online casinos out there, you are spoiled for choice when it comes where to play the spinning wheel and you are also a little spoiled when it comes to different variants of the game as well.

There are almost countless options for roulette, including standard European and American (avoid the latter as the extra double-zero gives the casino a big edge), live games, uber-modern iterations such as Lightning Roulette and speed roulette, and then there are also some very traditional variations.

Under this latter category you may see La Partage roulette, En Prison roulette or French roulette; and if you do, you should certainly take up the chance to play. These rules may also apply with some standard European tables but in truth it is getting more and more difficult to find roulette wheels offering them.

La Partage, which is French for “the divide”, is a player-favourable rule which only comes into play should the ball land on zero. En Prison, which unsurprisingly translates as “in prison”, is a related bet and is probably even harder to find than La Partage. Both are hugely favourable to the player and here we explain how they work.

What Is La Partage?

La Partage, where offered, applies only to even money roulette bets (wagers that pay out at odds of 1/1). That means the following selections are relevant:

If you bet on any of these selections and the ball lands in zero then La Partage means that you will actually only lose half of your stake. Because the zero is responsible for all of the house’s advantage at roulette, this one simple rule change has a big impact on the house edge. It halves it in fact, making La Partage one of the most player-friendly games in many casinos with a house edge of just 1.35% compared to 2.7% in standard European (single zero) roulette.

Assuming you are betting on black, using a flat £10 stake, the various outcomes can be seen below where La Partage is in force.

So, this rule is very simple and can be summarised thus:

One last interesting point is that whilst La Partage is commonly perceived as being a French rule and may be referred to as French roulette, you will see it offered elsewhere too. Indeed under Atlantic City rules you will see an equivalent of La Partage, though only on traditional US tables with both zero and double zero.

Should the ball come to rest in either of these, the half-back rule will apply, assuming you had initially wagered on an even money selection such as red or black. This alters the house edge from 5.26% down to a slightly more reasonable 2.63%.

What Is En Prison? 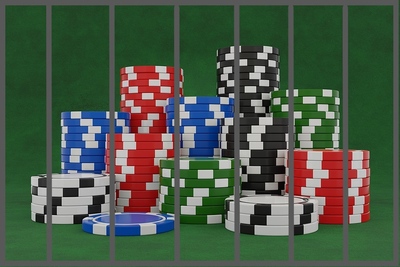 En Prison is a twist on La Partage which is sometimes offered as an alternative option as well as, or sometimes as a replacement instead of. For the first part of the wager it works in exactly the same way.

That means as with La Partage, it is only applicable to even money wagers where the ball has come to rest in zero. In some cases at this stage the player will have the option of following the La Partage route and receiving half of their stake back. Alternatively they can opt to imprison their stake and if they do this the croupier (in a real world casino) will leave the original bet where it is and place a small marker on it to show it is En Prison.

The wheel is then spun once again and if the bet wins the player gets to “free” their stake from prison. In such a case they will only get their stake back, of course, not the stake and matched winnings as would have happened had they won their initial wager.

Different casinos have different rules with regards what happens should a zero land on the second spin. More favourable rules leave the initial stake “in prison” and spin again until the bet is settled as a winner or a loser (so had you bet on red, until either a red frees your stake or a black wins it for the house).

Another rule variation means that if the second spin is a zero, your stake becomes “double imprisoned.” In such a scenario you spin again, and a win does not return your stake but simply moves you back to standard En Prison. Should a third zero hit you become triple imprisoned and so on. The last rule option offered in other casinos, both online and in bricks and mortar establishments, may just give you one bite of the red cherry. If red comes up your stake is returned, whilst black or zero are a win for the house.

What Is Better, La Partage Or En Prison? 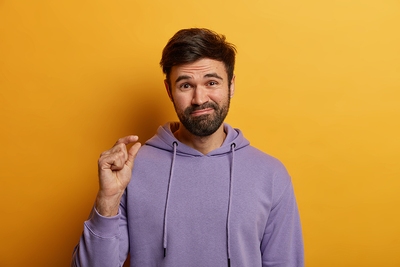 La Partage is the better option because that automatically gives you half of your stake back. In theory, you could opt to place that half on the same even money bet which would essentially replicate the terms of En Prison. If your bet won you would have recovered your whole stake, whilst if it lost you would concede 100% of your initial stake to the casino.

The difference is, of course, that you do not have to gamble that second half. In gambling that second half you are playing roulette, a game where the house has an edge, and so that means the overall advantage to the casino is a fraction higher with En Prison.

As we have said, the house edge with La Partage is 1.35% (actually 1.351351). With En Prison, it is 1.387874% on the first spin and assuming that you only get one shot at recovering your cash. If the casino allows you to play again should a second zero come up that edge drops the tiniest sliver to 1.370117, based on the possibility of infinite imprisonments.

So, in short, whilst there really is very little in it, La Partage is the better of the two. The key takeaway from this, though, is that both are better than roulette variations which see even money bets lose outright should the ball land on zero. These rules are both hugely beneficial to the player and take a big slice out of the casino’s advantage, so if you have the option, always pick such a wheel.

That said, it is also worth pointing out that neither are applicable to players who like to bet on individual numbers, or combinations of numbers, or on any of the other bets that pay out at higher than evens. These apply to red or black, odd or even and high or low bets only.