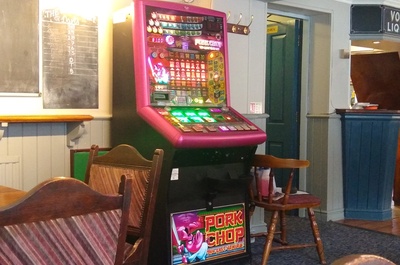 For decades fruit machine slots have been a staple part of pub culture up and down the UK. With their multitude of bright shining lights and distinctive sounds, they are often the most eye-catching part of some of the less imaginative drinking establishments up and down the land.

Admittedly, their numbers have declined in recent years, with many gamblers turning their attention elsewhere, but despite this, ‘fruities’ are still a fair way from extinction.

Some online slots attempt to mimic a traditional fruit machine but there is nothing that can fully replicate the authentic experience. There are a couple of reasons for this, as we will explore during this article.

To begin though, let us provide you with a quick overview of what a fruit machine is, in case you have never played one before.

What Is A Pub Fruit Machine? 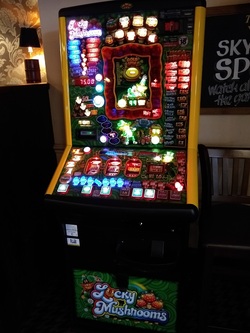 To the unfamiliar, pub fruit machines look quite complex given how many flashing symbols there are, dotted all over the place. It is perhaps not the most beginner-friendly of pub games but it does not take too long to get to grips with it.

Your bog-standard fruit machine will feature three reels all with different pictures on them, although some offer an extra two reels. Your aim after putting a coin into the slot is to try to get a matching line and this can either be vertically, diagonally or in a V shape (with some other variations possible on some games). Not all winning lines are worth the same amount but the machine itself should state the payouts for each.

Although it is a chance-based game, rather than skill-based, there is some user input required. Many machines have a ‘hold’ button, allowing you to keep one or two symbols in place while giving the rest another spin. There may also be the option to ‘nudge’ and this allows a single reel to be moved down one place. With your input required, fruit machines end up being more hands-on and more attention-grabbing than many online slots.

Finally, it should be noted that ‘fruit machine’ is just a general term as they come in various forms, equipped with their own styles, sounds and features, and not all have symbols of cherries or other fruit.

Often pub fruities are classed as AWP (amusement with prizes) rather than full-on gambling machines. Officially, the ones you find in pubs are most generally classified as class C gaming machines by UK Gambling Commission regulations. As stated on their site, up to two C gaming machines are permitted in pubs as standard, unless a local authority explicitly allows more. The low classification of fruit machines is partly due to the low stakes involved. By law, they can only accept a maximum stake of £1 and will not pay out more than £100.

How Do Fruit Machines Work? 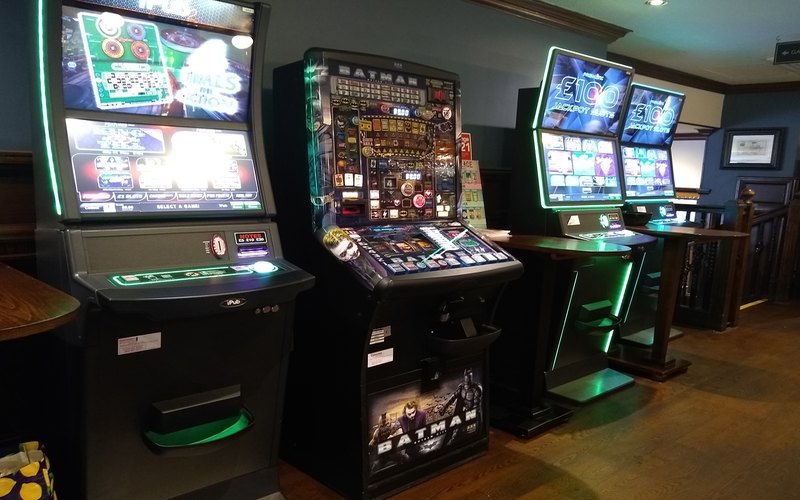 We have already stated that fruit machines, despite the element of player interaction, are based on luck rather than being skill-based. In some cases, the machines operate using a random number generator (RNG), just like you would find with an online slot. While random in the sense they are impossible for the user to predict, the generators are purposefully weighted in the machine’s favour. A fruit machine could have a return to player percentage (RTP) that has a theoretical payout rate of 80% for example. The minimum is 70% but not all fruities are as stingy as this.

The theoretical RTP is only designed to be hit in the very long term, “typically in the order of a million or more game cycles”, rather than the short-term. It is therefore perfectly possible, if not likely, for RNG based machines to pay out a loss over a short period, or barely pay out anything at all.

Think of it a bit like rolling a dice, with a roll of 1 or 2 meaning a win for the player. If you only roll the dice 10 times, it is not extremely unlikely you could hit five or six 1s/2s. Over 1,000,000 rolls, however, your strike rate is practically guaranteed to be around 33%.

Some fruit machines, however, operate as compensated slots and these work a little differently. In such cases, the slot machine “remembers” recent games and will adjust itself accordingly to maintain the target payout over a short-term basis. This means that if the machine has barely paid out anything for a while, a win will becomes more likely, whereas every spin on an RNG based machine has the exact same chance of being a winner. This is why people would often hang around compensated machines, looking for someone to suffer a dry spell, before swooping in to catch the machine when it is feeling more generous.

This can work both ways though, in that if a machine has handed out a couple of big wins, it is going to tighten its purse for the next x number of turns to recoup its losses. The advantage of compensated slots is that they help ensure the machine can register a regular net win, not going through potential wild swings that you might get with a fully random game.

It’s much rarer to find compensated machines these days though, as most have been replaced with fancy new RNG based machines.

How Can I Tell if A Fruit Machine is Random Or Compensated? 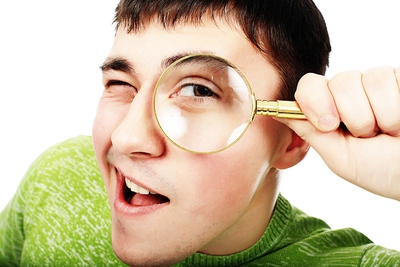 This part is very tricky and in most cases, you simply will not know unless you happen to know the machine designer, or you have observed it for a very long time. There are certain sources that claim compensated slots are a myth, such as this article from 2009. In the article, they incorrectly informed players that “if a machine hasn’t paid out for a while, don’t fool yourself that it’s just about to. Symbols are created by a random number generator, so every time … the odds of winning remain exactly the same.”

We know for certain this is not always the case because the UKGC talks about compensated games and how they respond to previous results. Crucially, they point out that in such games, the “software constantly checks to see how much has been awarded in winnings in the recent past; and, knowing what the current RTP% figure is and what the target RTP% figure should be, the software will slightly vary the odds of achieving a win”.

‘Slightly’ is an important word here as a fruit machine will never end up so generous that they are giving players a 50:50 chance of a big payout. However, playing predominantly during these more fertile periods can be enough to swing the odds, narrowly, in your favour.

Can I Play Compensated Slots Online? 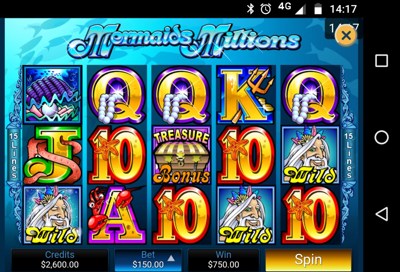 No, all slots you find online use a random number generator that is completely unimpacted by the activity of other players. Even if they did exist, you would not know the best time to play as you cannot see how other players have been getting on.

So, while games such as Microgaming’s ‘Pub Fruity’ exist, this only replicates the pub experience from a style point of view, rather than a mechanical or statistical one.

Although this is to the disadvantage of patient players who are happy to observe and swoop in at the right time, we ought to point out that online slots have a better payout rate on average, so your chances of winning (or not losing as much) are better.

Many virtual games have an RTP of 95%+ because, due to how popular they are, even a margin of 3% or 4% is enough to make them sufficiently viable for the operators.

Fruit machines on the other hand could have an RTP as low as 70% to 80%, partly because there are more costs involved but also because the small stakes reduce their intake.

Can I Still Play Fruit Machines In Pubs? 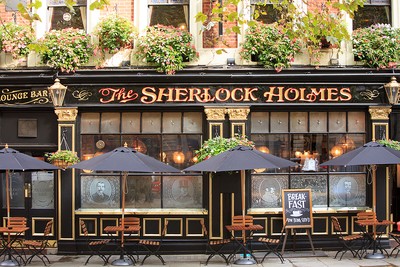 Yes, although they are a little harder to find than they used to be, assuming you mean the traditional compensated kind.

Finding both up-to-date and accurate numbers on their availability is not easy but a Financial Times article published in 2016 noted that they were experiencing a noticeable decline.

At the time of publication, fruit machines accounted for just 3% of JD Wetherspoon’s revenue, half of what it was in 2000. A big part of the decline was the rise of fixed-odds betting terminals in bookmaker shops that allowed punters to bet up to £100 a time, although the upper limit has since been slashed to £2.

The rise in smartphone gambling also contributed however, with players now able to play fun games, for cash, along with their mates while sipping on a pint.

Despite this downward trend though, fruities are far from being a pub relic just yet. That said, we would not wait around too long if you did want to try one out.