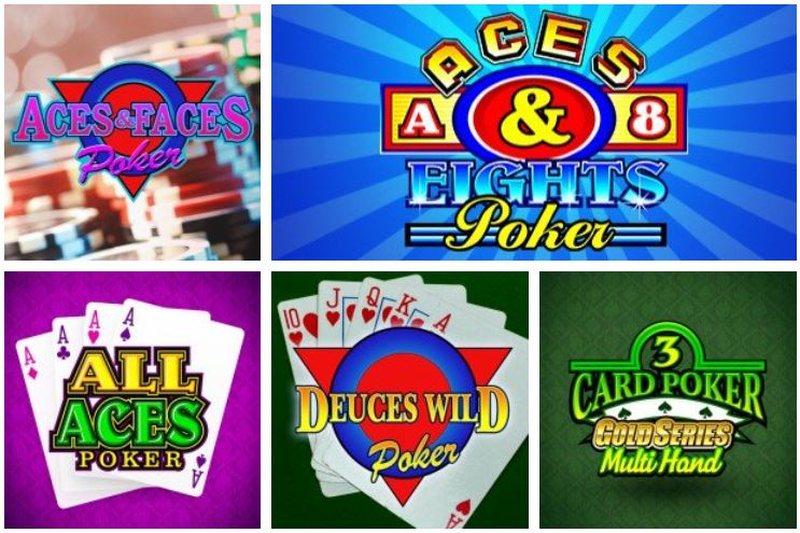 Video poker is not the easiest game to play in the casino, but it is certainly one that offers the player a great chance to win. There are many different variations of this classic online casino game and the odds vary between them.

Picking the game with the best Return To Player (RTP) is key if you intend to play video poker and you want the best chance to win.

By doing this and using basic strategy, you can ensure the casino has the lowest house edge possible and, in some instances, in theory at least, the expected RTP can actually go beyond 100%.

This, believe it or not, means that on average the player can expect to win, not lose; a position you will rarely – if ever – find on any other game in the casino world. 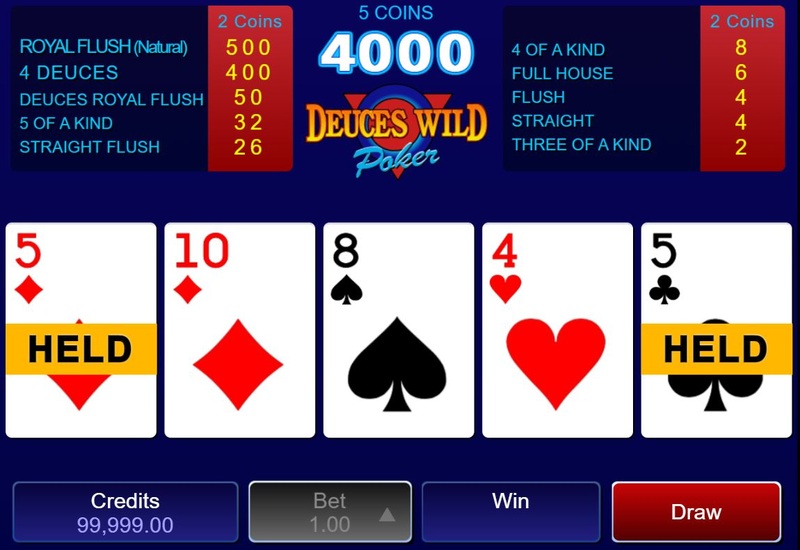 We said that video poker is not the simplest game around and that in order to maximise your odds of winning, a little skill or (more accurately) knowledge, is required. That is because, no matter which variant of this game you opt for, in order to maximise the RTP you need to make sure you play basic/optimal, strategy.

Unlike roulette, slots, and many other popular betting options in a casino, when it comes to video poker there are decisions the player must make and these choices impact returns. Mastering basic strategy is easy enough though, not least because you can simply consult a guide as you play.

So, assuming you make the right calls at the table, if you choose the right game as well, you will be playing one of the best games in the casino as far as the RTP is concerned. There are two main ways in which video poker game variants differ when it comes to the casino’s advantage over the player.

Firstly, the payouts vary. We shall look at this in more detail but they can vary due to some “machines” not being “full pay” (again, of which more later). Payouts often also vary due to the number of coins a player is using, whilst last of all large jackpots (often progressive, linked jackpots) can alter how much is won for the best hand, a royal flush.

The RTP may also differ due to rule differences between games, with a range of different versions of video poker having been invented to tempt players. Some versions feature wilds, others offer enhanced payouts for specific hands whilst others have rule quirks designed to deliver bigger payouts.

As a general rule (and this applies to variants of other casino games too, including slots), the fancier a game looks, the bigger the house edge (that is, the casino’s advantage over the player). That is not always the case but often the simplest versions of a given game are the ones with the best RTPs. That is because casinos know that the newer, more exciting games, often with higher variance (so more chance to win a large amount but equally a higher chance of losing) are more tempting to players, so the RTP does not need to be the selling point.

Anyway, let’s cut to the chase: which video poker games offer the best odds of winning and the best Return To Player rates?

In order to get the very best possible return, you need to stack all possible cards in your favour. That means you need to get a full pay machine with favourable rules, play the maximum coins and, ideally, find a game with a large jackpot. In such a scenario, the RTP can, as alluded to, exceed 100%. We’ll look at that specific scenario shortly but let us now focus on the highest RTP in a standard game of video poker.

There are so many different minor variations within video poker that we cannot list all possible options here. As well as the huge number of different game types, each can be tweaked to pay at a slightly higher or lower rate. In addition, the biggest wins are typically only available to players using maximum coins and so the RTP will vary depending on whether or not you are doing that. To illustrate what we mean, see the table below which shows an example of the payout for a royal flush depending on how many coins you are using.

As you can see, by playing one, two, three or four coins the ratio between the payout for the best hand does not change. What you win goes up in line with what you stake and indeed this is the same for the other hands as well as a royal flush. However, if a player plays the maximum coins their win on the royal flush (and only the royal flush) quadruples. Rather than going up by 25% in line with the increased stake, it goes up by 400%, a huge bonus.

Whilst the odds of getting a royal flush playing video poker are slim, this massive boosted payout has a large overall impact on the RTP. So, in the table below, note that we are always assuming both a full pay variant of the game and also that the player is wagering the maximum number of coins possible. Only by playing basic strategy at a full pay game, with maximum coins, can the following incredible RTP rates be achieved.

*Note that this game is a reduced-payout variant but even with the 8/5 payout it offers good returns due to the bonus rules.

Note that not all these games are widely available and, in fact, you may well struggle to find some of them online. Equally, whilst you may find some of these video poker variants, you may also find that they are only offered with reduced payouts. Many of the best RTP versions of video poker are actually only to be found in certain bricks and mortar casinos and even there they are becoming increasingly rare. Establishments that do offer them tend to do so in the hope that they will act as a loss-leader, bringing people into the casino who will then lose on other games, or offering up good publicity for the casino as an establishment that offers high payouts.

In terms of what is available online, you will always find Jacks Or Better. It should be easy enough to find a Jacks Or Better game that is full pay too and that RTP of 99.54% is pretty hard to beat on any other casino game. You can, perhaps a little surprisingly, also find Deuces Wild at most of the best online casinos around.

In short, this is the key game that you should be looking for but only if it offers the RTP we have listed above. We checked a number of the best casino and video poker sites around and often the RTP for Deuces Wild was much lower than that headline figure, sometimes even as low as 95%. This is typically due to a reduced payout on one or more of the hands.

Finding the RTP for a given video poker variant at whichever casino you like to play at is fairly straightforward. Many sites have a dedicated page where all RTPs are listed. Alternatively, you may find it in the FAQ, in the game information when you load it or, as a last resort, you can ask customer support on live chat.

It is also worth noting that many casinos offer more than one version of the same variant, so for example a casino might have Deuces Wild but from two different games providers. If this is the case it is always worth checking which option has the best RTP as often they will be different. One site that we checked offered five versions of Deuces Wild with RTPs ranging from 95% to 99%.

Of the whopping 46 versions they offered of video poker, in general, the range of RTP was even bigger. At the top end, they had several games with a generous RTP of over 99%. The highest was All Aces Poker at a very tidy 99.92%. The lowest was a relatively rare version of the game called Four by Four Louisiana Double and the RTP was a simply dreadful 94.00% and can be even lower at some casinos.

Ask most people who know a little about video poker and they will probably say that Deuces Wild offers the best odds version of the game with the highest RTP. At some sites, this will be true and if you can find a full pay version of the game then it will almost always be true in more general terms. However, true full pay Deuces Wild is very hard to find these days, with most versions of the game offering a lower RTP than some other options.

In truth, it is common for games developers to offer slightly different versions of each game. In addition, casinos often tweak the payouts for one or more of the hands. Because of this, there is no simple answer to the question of which video poker game has the best odds. In short, it varies.

What we would say, though, is that there really is no reason to ever play a game with an RTP under 99% unless you really like something about the gameplay. Almost all online casinos will have a few options above this level, with 99.5% a good target to aim for if you are happy to play a fairly standard version of the game. Just check before you play, or even get on live chat and ask them which of their video pokers has the best RTP. 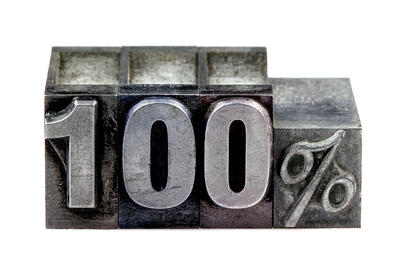 Finding video poker variants with a positive expectation for the player is, unsurprisingly, not at all easy; but it is not impossible. Usually, the edge a player may have is so small that it is not really worth bothering with beyond as a bit of fun. An RTP of just over 100% does mean, in theory, that the player will win but, in simple terms, they cannot play the hands quickly enough to make it worthwhile as a means to make money.

One way that can change, however, is when it comes to video poker that has a linked jackpot. These progressive games typically pay a reduced payout on one or more of the high hands beneath a royal flush. They can then use the stakes “saved” to increase the standard payout for a royal flush. The overall RTP for the game will stay the same in the long term but if a long period of time passes without anyone hitting the top hand, the jackpot will build up.

All the other players staking on the game up to that point will gain no benefit from the theoretical advantage they held whilst trying to scoop the big prize. Such games offer high variance, meaning a very big win for a small number of players (in this case just one) and losses for most of the rest.