Super Lenny Casino is an online casino that is probably unfamiliar to most UK players, and that’s because it was only at the start of 2017 that the site was licensed to accept players from the United Kingdom.

It should be pointed out that they did accept British players in the past, but a license dispute with the United Kingdom Gambling Commission saw the casino withdraw from the market until they could bring their site up to speed with the licensing requirements.

Super Lenny prides itself on a simplistic, reliable, and safe gambling environment; and you’ll see as soon as you land on the homepage that there have been no shortcuts taken when it comes to designing the site or developing the games.

We’ll cover more on the technical aspect of the site later on, but we’re going to start by taking a look at the games on offer, before looking at a few of the more unique game categories, including the live dealer casino and any jackpot games on offer.

While it’s fair to say that the selection of table games on offer is average (a few variants of both Roulette and Blackjack, and a number of standalone games like Baccarat, 3-Card Poker, and Casino Hold’ Em), the real attraction at Super Lenny is the video slots. There are, quite simply, loads.

NetEnt, of course, take centre stage – as is the case with most of the casinos they work with – and you’ll find a ton of their titles including: Hall of Gods, NRVNA, Fruit Case, Hook’s Heroes, Reel Steal, Pyramid Quest for Immortality, Tornado: Farm Escape, Relic Raiders, Drive: Multiplier Mayhem, Evolution, Safari Madness, Dead or Alive, Golden Shamrock, Super Nudge 6000, Sparks, and many more.

Play ’n’ Go are probably take the second spot (although it’s a close race with Microgaming), and just some of the games you’ll see here include: Super Flip, Rich Wilde: Book of Dead, Holiday Seasons, 7 Sins, Jade Magician, and Pimped.

There are also a small number of games in other categories including Video Poker and some instant-win titles.

For a full list of games, and to browse the games by the categories you are interested in, simply head to the main navigation bar where you can use the built-in search function to find games as well as browsing manually.

Super Lenny offer 12 different progressive jackpot games for you to choose between, and with both NetEnt and Microgaming titles on offer, you know you’re playing fair, exciting progressives that give you a realistic chance of hitting the jackpot.

Possibly the most popular jackpot game is NetEnt’s ‘Hall of Gods’, which has seen jackpots climb as high as £5 Million, and with the total always stacking up relatively quickly after a win, you can always play knowing you’re in with a chance of winning literally life changing money.

Other jackpot games include Mega Fortune, Mega Moolah, Mega Moolah ISIS, and Caribbean Stud Poker (The latter being a table game rather than a video slot. You win the progressive here by hitting a Royal Flush when you have the bonus side bet activated.)

Super Lenny offer a fair number of live dealer games, all powered by NetEnt, and you’ll find all of the live games under the ‘Live Casino’ tab at the top of the page, as well as in the main games categories tabs.

All of the games are built to an extremely high-quality as you would expect from NetEnt, and you’ll enjoy state of the art streaming technology that allows you to view and interact with the dealers and other players, in real time. Plus, it’s presented in stunning HD, so it doesn’t look like you’re watching on a black and white TV from the 60’s like some software providers are infamous for.

You’ll find a great range of games including: European Roulette, European Blackjack, Exclusive Roulette, Baccarat, Casino Hold’em, and 3-Card-Poker; and all of the titles can be played from just £5 per hand, with the exception of Roulette which has a minimum bet of £0.50 on the inner-numbers (although the minimum spin amount is £1).

What’s more, all of NetEnt’s tables are open 24/7, so you’ll never have any issues entering the game lobby only to find there are no dealers available.

One of the most attractive features of playing at Super Lenny Casino, is the fact that the site boasts a game range of over 800 titles spanning 10 different categories.

All the games are instant play, which means there’s no need to download any software or plugins (in fact, there’s not an option to download software even if you wanted to) and this allows for in-browser play with minimal interruptions between game changes.

A little research shows the casino are pretty transparent with their auditing (something they don’t have to share by law oddly), and a link at the bottom of the site leads to proven fair testing results by eCOGRA – the industry leading independent auditor who are responsible for testing the randomness and fairness of online games.

The website itself looks great, and whether you’re a casual punter looking to play the odd spin on the Roulette wheel, or you fancy killing a few hours on the slots praying for that big hit, you’ll enjoy a relaxing and professional atmosphere with a distinct lack of intrusive banners and promo ads. One more reason why Super Lenny is trumping some of its competitors.

Unfortunately, you won’t find a mobile app from Super Lenny just yet, but this is hardly an inconvenience, as players on all devices can enjoy the gaming experience by heading to the casino website from the device in question.

All you need to do is open up your mobile internet browser, head to the casino, and you’ll be automatically re-directed to the mobile site, which will optimise it’s display to your screen size and give you the best possible visuals. The mobile site works on all browsers, and there are no installations required in order to use it.

Another plus point is the number of mobile games available, which is somewhere around the 400 mark, and far more than most mobile sites can offer. 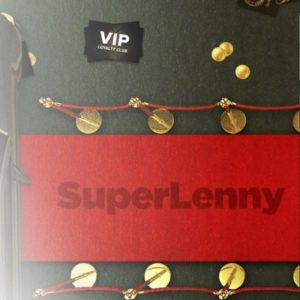 Super Lenny don’t operate a clear loyalty program, although there is an invitation only VIP club which you can ask to join. If you are accepted you will get benefits such as no deposit fee’s, exclusive promotions and bonuses, a dedicated account manager and prioritised withdrawals.

If you can’t join the VIP club, then Sunday is the day to look out for, as each week Super Lenny run what they call ‘Sensational Sundays’ which allow you to win up to £500 worth of prizes and giveaways per player. Each week the casino will release the terms of the offer, for example; one week you may be required to spin a certain number of times on a specific slot, while other weeks may see you needing to deposit £10. After you’ve completed the requirements, you’ll be credited with whatever the reward was for that day.

Super Lenny have an official time frame of 24 hours for withdrawals, although in the majority of cases it’s a lot quicker than this. In fact, sometimes withdrawals are processed within a matter of minutes, although this is dependent on what time you make the request, of course.

There is a limit of up to £50,000 in withdrawals per day which should be plenty for most players, although if you won a progressive jackpot the casino can, on a case by case basis, allow higher withdrawal limits, although you’ll need to contact them directly if this is the case.

There also exist a number of different deposit and withdrawal methods which include all major Debit cards, alongside a number of EWallets including Skrill, Neteller, and Ecopayz.

Super Lenny was first founded in 2014, and is owned and operated by MT Secure Trade Limited, one of the largest operators of online casinos in the world.

The casino was created on the basis of a trust and transparency, and all in all they’ve stuck solidly to this core ethos.

With a fantastic customer support team, speedy withdrawals and a monster range of games, Super Lenny have cemented their position within the online gambling industry, and have become a real one to watch.