Thrills Casino is a middle weight online casino which attracts thousands of players every day from over 40 countries around the world. Whilst their recent focus has been on UK marketing campaigns, Thrills accept players from most European countries, as well as a few Eastern/Asian countries; and with more than 12 currencies accepted there is clear evidence that they are doing all they can to accommodate.

We will cover the financial side of things later on in this post, but first we’re going to look at some of the main reasons why Thrills Casino has become such a hit with players around the world. We are going to cover the games and software providers offered, the website itself and its infrastructure, alongside some of the more minor details like mobile gaming and more. So, let’s get to it.

Thrills Casino offer a wide variety of up to date games to enjoy, and thanks to their partnerships with some of the world’s largest software providers, players can enjoy a fantastically exciting and ever-changing casino experience.

Let’s begin by taking a look at the casino games offered. While technically all games at an online casino are casino games, the ones we are referring to are the table games like Roulette, Blackjack and so on.

Thrills offer around 20 different table games in total (although that number can change depending on the country you’re playing from), and this includes multiple variations of Roulette such as European, American, French, and Premier; alongside even more variants of Blackjack.

A small number of poker games can also be found, including Caribbean Stud Poker, 3-Card Poker, and Cashino Hold’ Em.

Now, while the table games selection may be pretty bog standard, Video Slots is where Thrills Casino really gain a competitive edge. You’ll find games from NetEntertainment and Microgaming along with some of the smaller providers, and all live games are provided by Evolution Gaming, but we’ll cover that separately later on.

Thrills have agreements with both NetEntertainment and Microgaming, allowing them to release all new titles as soon as they’re released by the software providers; and this means you can often enjoy the biggest releases at Thrills long before other casinos begin offering them.

Some of the notable slots you’ll find include NetEntertainment’s Jack and the Beanstalk, Koi Princess, Fairytale Legends: Red Riding Hood, and Steamtower. Microgaming’s notable slots include Game of Thrones (both the 243 ways to win, and the 15-line versions), and Dragonz.

That’s just a small selection of the games on offer here but there are many more, including a limited selection of video poker machines, instant win titles and scratch cards.

Thrills Casino don’t have quite as broad a range of jackpot games as you may find at some of the larger casinos, but as they offer both Net Entertainment and Microgaming titles you will have access to some of the highest jackpots around.

While we’d like to see some Blueprint Gaming jackpots here – and there’s no word on whether or not Blueprint’s games will be added to the site – there are still over £20 Million worth of jackpot games at Thrills, and you can begin playing from as little as £0.20 a spin.

(Arabian Nights is the sole exception to this, as it has a minimum of £5 per spin.)

Thrills Casino’s live dealer games are all powered by Evolution Gaming who are widely recognised as the world’s leading provider in this area, and from the moment you load the live casino you will see a great variety of choice when it comes to picking something to play.

You might struggle to find many alternative game variants – mainly sidebet games – but there are a number of spin-offs from some of the main types of game you are perhaps more used to.

For example, as well as offering regular European Roulette, you’ll also find American Roulette, Immersive Roulette, and Low Stakes Roulette; and the same goes for Blackjack, with Blackjack Perfect Pairs (the only side bet game you’ll find), and Blackjack in both its European and American forms.

There are also a couple of poker themed games, with the most popular being three-card-poker. Caribbean Stud Poker, and Casino Hold’ Em can also be found, but these tables don’t necessarily open 24 hours a day whereas all of the others do.

Betting limits range from £5 to £5,000, and you can see the limits before you open up the game, ensuring that you only play at the tables you can afford. 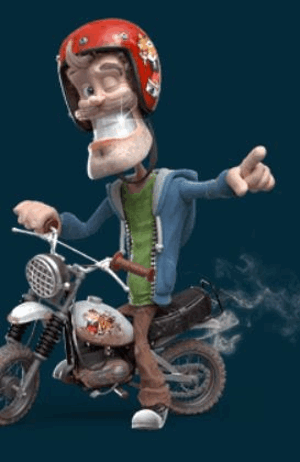 Thrills Casino’s website isn’t anything too special in itself, but it’s the little things that really make the casino stand out, and for the right reasons. One of the first things we noticed – despite it perhaps seeming insignificant to some – was the casinos readiness to display the RTP (return to player) percentages on offer for each game.

This is something UK licensed casinos have to do by law, but many do a good job of hiding it deep within the inner pages, where as Thrills are completely transparent, showcasing their honesty and openness right from the get go.

That aside, the website itself is fast, sturdy, and reliable, and while some of the more image heavy pages can occasionally take a few seconds to load – especially on slower internet connections – the majority of pages load in less than a second, and HTML5 throughout ensures there is no need to download any software to your computer or install plugins through your web browser.

On the subject of web browsers, Thrills Casino renders in virtually every major browser; Chrome, Safari, Firefox, Opera, and Internet Explorer (alongside Microsoft Edge), will have no issues running either the site or the games.

Easy banking functions like quick deposit and easy withdrawals make for a stellar account management experience, and it’s rare you will encounter any issues playing at the site.

If, on the off chance, you do have any problems, the support team is available 24/7 to take your questions and help you out. You can contact them through live chat, email, or phone (phone lines are only open during business working hours), so you’ll always be able to get your questions or issues resolved promptly.

Unfortunatley, Thrills Casino have yet to build a mobile app for phone and tablet players, and while this is admittedly disappointing, all is not lost. Instead, they’ve built a mobile casino which can be accessed directly from your devices internet browser.

There’s nothing to download or anything like that, you simply open up your devices browser, head to the website, and the site will automatically detect your mobile device and re-direct you to the mobile friendly site.

While not all of the games are available on the mobile site, around 80% of the desktops offerings are, so you will still have access to over 500 games from multiple software providers.

Note: All Net Entertainment’s games are available on mobile – the only software provider at Thrills to be able to make such a claim.

Thrills Casino’s loyalty program isn’t quite the same as others you may be familiar with. There is no such thing as comp points but it’s not a million miles away, and there is still a structured progress based system in place that rewards you as you play.

From the moment you open your account, you’ll notice a bonus meter that appears on your screen. As you play on selected video slots you’ll see the bonus meter fill up, and as you complete the various notches you’ll be awarded prizes and perks. These can include the removal of deposit fees, reduced wagering requirements on all casino bonuses, and even free spins or casino cash credit.

There is also an actual loyalty program, but this is an invite only club and appears to have fairly high deposit and bet requirements in order to join. The perks remain largely the same, with more of an emphasis on the free spins and cash credit, as well as entry to an exclusive give away.

All major Debit cards are accepted for payments and withdrawals at the site, including Visa, MasterCard, Maestro, Neteller and Skrill; and there are also a few less well-known methods on offer like EcoPayz and Paysafecard.

Depending on which country you’re residing in, you may also be able to deposit and withdraw in different currencies, with some of the most likely being: Euros, Norwegian Kroners, British Pound Stirling, Swedish Kroners, and US Dollars.

The casino aims to process all of their withdrawal requests within 24 hours, although during weekdays and occasionally at weekends you’ll find it may be a lot quicker than this, with some players reporting their withdrawals processed in 20 minutes.

Hint: To speed up the time it takes to get your money, make sure you’ve submitted your identification documents and proof of address as soon as you join. This can be done through the ‘My Account Documents’ tab on the navigation bar, and will mean that you’re not asked for additional information when you have a withdrawal pending.

Limits are a relatively generous £50,000 per day (that’s withdrawing, not winning), so unless you find yourself the recipient of a million pound jackpot it’s unlikely you will have any gripes with this. Even then, would you say no to 50 grand every day for a few weeks?

Thrills Casino was founded around 4 years ago, and from day one they’ve been heavily focused on providing players with a near unbeatable range of games, promotions, and support options. In fact, the casino has gone so much further than most, and despite their youth they have grown to become one of the biggest casinos in the world.

The game selection is one of the best around, and with so many software providers offering their games you’ll struggle not to find a game that suits both your personal tastes and software provider preferences.

We expect to see Thrills Casino continue to grow in popularity, and once they develop their own mobile app (it can’t be long now), they’re going to command even more of a market share. It’s likely that the app is not far off being released, so keep your eyes peeled and be sure to check this page every once a while for any updates.