It’s not a sport we typically grow up with here in the UK, so to our untrained eye it can just look like a lot of armour clad men bumping into each other, but American Football is becoming popular in the UK in a big way, and that means more betting markets are opening up.

If you are fascinated by this American import and want to learn how to bet on it more successfully, then work your way through the articles below. Soon you will know the difference between a quarter back and a running back, be able to name all 5 positions in an offensive line, and really understand what’s happening on the gridiron. Relax champ, we’ll see you safely to the End Zone. 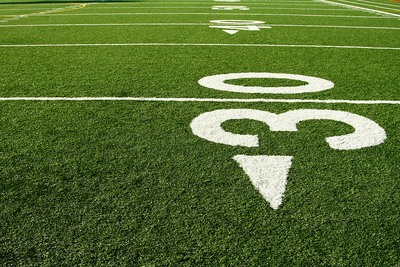 This sort of market may be less familiar to UK players, but for anyone who likes to crunch data on individual players and perhaps build their own stall of players who they get to know very well, the various yard betting markets could be good ones to consider. 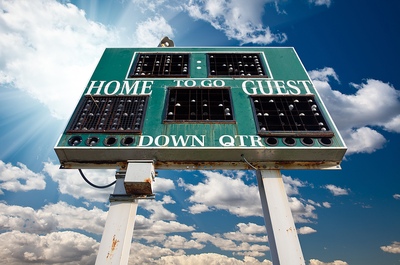 American football markets are deepening in the UK, and betting on or around the number of points scored in a game offers a lot of diversity when it comes to risk and confidence levels related to your predictions. Getting to grips with the different points betting markets can give you several extra tools in your betting armoury. 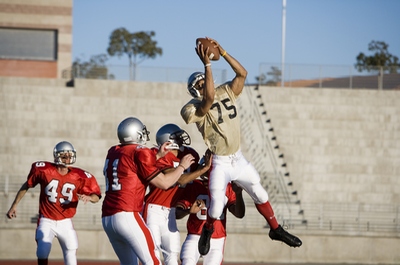 Betting on American football can be complex with all of the different markets available. Turnovers are a lesser understood betting option probably because these wagers are not often available, while tackle betting is easier to find and get to grips with. 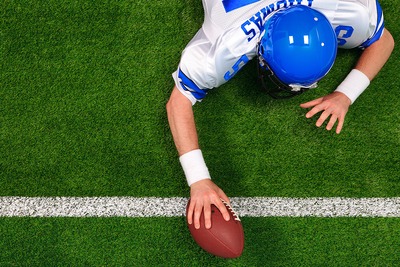 Anyone wanting to bet over/under on the total points scored in an American Football game would do well to learn about the average points scored. As a benchmark it is a useful range to have in mind when comparing two specific teams. Average scores have been fairly consistent over time, but there have been ups and downs. 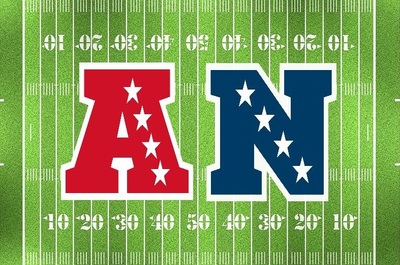 The NFL is made up of the NFC and the AFC, and each of these two conferences is made up of four roughly regional divisions. This can cause a bit of confusion with UK bettors, as there are two different conference champions as well as a Superbowl winner. All is explained here. 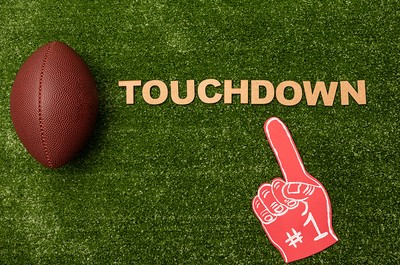 Rugby bettors will recognise a lot of the characteristics of touchdown betting in American football, but although there are a nice selection of markets surrounding it, you will still need a strategy when placing your bets. 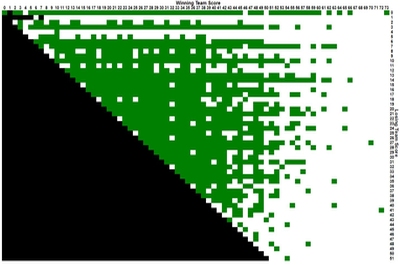 What is Scorigami in NFL American Football?

If you haven't heard of it you are in the majority, especially if you are UK based; although in American the tracking of never before seen score lines is becoming more and more popular. Betting on it is possible, and fun, but not exactly readily available. 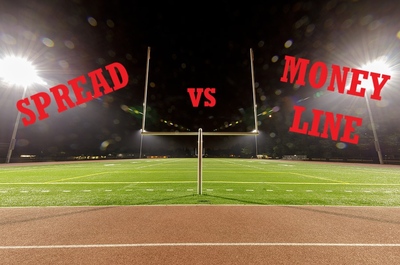 These terms can scramble the brain of UK bettors unused to dealing with Americanisms. The good news is that they have UK equivalents, the bad news is that the spread is a much more in depth concept than the money line, so it takes a bit more getting your head around. 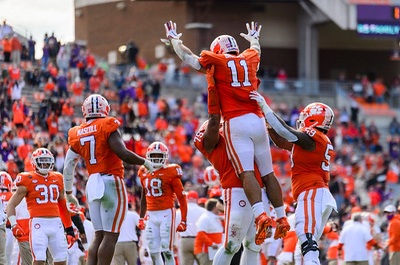 What's The Difference Between Pro and College Football in America?

College football is the lifeblood of American football, so although we have nothing comparable in the UK it is a huge deal over in the US. Top college coaches command eye watering salaries, and promising players can have their tuition fees and living costs paid in an attempt to attract the brightest prospects. 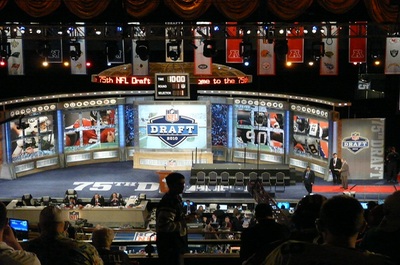 What is the Draft in American Football?

The draft is a very big deal in American football, they have even made movies about it. If you haven't seen those movies though you might want to have a read of this article which goes through it step by step. 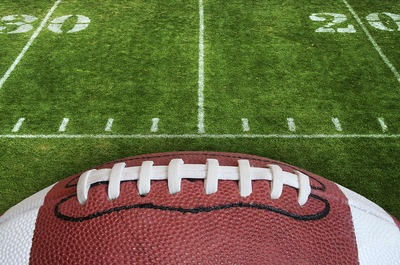 For us Brits, American Football can be a bit of a mystery. Why do they stop all the time? What's with the armour? How come the games take so long? And what on earth is a quarter back? This quick guide to the basics will give you the foundation to build up some knowledge. 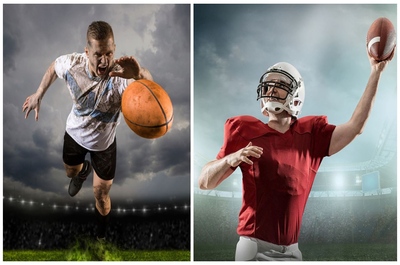 Despite the obvious similarities, the game of rugby is very different from that of American football, both in how it is played from a player perspective and how the game is structured. The major difference here though, is money. 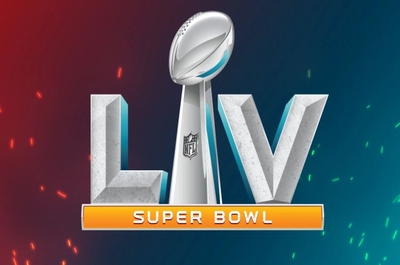 How Are the Super Bowl Teams Chosen?

It's a spectacular sporting event in America but the rest of the world are less familiar with the details of the super bowl. Nevertheless, it's a huge date in the diary and a great introduction to American Football for the uninitiated.