Most fans of American football who live outside of the United States will most likely only have watched games from the National Football League (aka the NFL), the sport’s primary professional league.

But unlike most professional sports in the UK such as football (or soccer, if you prefer), NFL – as with most US sports – relies on a system of college sports to get new players into the professional ranks year after year, in this case, college football.

Many people will no doubt be wondering what exactly “college football” is and how it differs from the professional American football that is played in the NFL. In this article, we’ll explain everything you need to know about the differences between the two.

But first, we’ll briefly explain the concept of the NFL Draft, the system upon which college football feeds into the professional game.

College Football And The NFL Draft 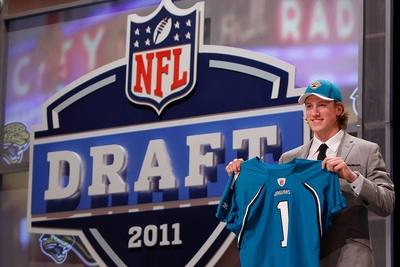 Although American football is primarily played in the United States, it has a reasonably large (and growing) fanbase around the world. But for those people who have not grown up in the USA watching and playing the sport, it can take some getting into. As well as the many (sometimes quite convoluted) rules that need to be understood, there is also the notion of the NFL Draft, which is the primary mechanism by which NFL teams acquire new players.

We’ve covered the NFL draft in detail elsewhere on the site, so we’ll just cover the basics here. Essentially it is the mechanism by which NFL teams select new players from the best players who have been out of high school for at least three years. This almost always means they have been at college (university) playing in the college football system. Unlike with Premier League soccer clubs in England, who simply buy whichever players they like based on how much cash they have, NFL teams cannot simply outbid one another for the best players.

Instead the teams take turns in picking the players in the NFL Draft and – crucially – the order of the pick is based on the previous season’s placings, with the worst team in the NFL getting the first pick, the second-worst getting the second, and so on. The Super Bowl winners thus get the final pick of all the teams in.

The system is designed to stop one team (or a few teams) from dominating the sport as it essentially handicaps the sides that have been the most successful and gives those who have not performed well the chance to pick up the best players in the hope of improving their fortunes. The mechanics of the actual draft are rather complicated (there are seven rounds for one thing) and picks can be traded with other teams or players can be traded for draft picks and so on. The general gist is, players from college football are the lifeblood of the professional game.

Now we have a handle on the significance of college football for the NFL, let’s delve a little more into what it is, how it works and how it differs from the professional game. Note we’re focussing on college football in the USA and not Canadian football played at Canadian institutions (also known as college football).

College football refers to American football played between teams of students who represent the universities they attend. Teams can also be formed by colleges and military academies. Because there are no so-called minor leagues (essentially divisions beneath the NFL in the pro game) in American football (as there are in some other US sports such as baseball), college football is essentially the next level down from the professional game. As such, it is very popular with spectators and the biggest college football games attract large crowds, sometimes in excess of 100,000.

College football predates the NFL by at least 50 years and the first official intercollegiate game took place way back in 1869 between Rutger University and Princeton University. Having said that, this game was played with a round ball and probably more closely resembled association football (soccer) than what became American football. It was therefore not until the 1870s that games based on rugby that were more like American football were contested between US universities.

As the rules were refined (usually to lessen the chance of serious injuries and even deaths to players, which were not uncommon on the football field in the late 1800s), more universities began to compete and it began to spread nationwide in the 1930s. The NFL started in 1920 and the first NFL Draft was held in 1936.

The college game in the United States is regulated and overseen by the National Collegiate Athletic Association (NCAA). The organisation covers a wide range of college sports from American football to soccer to golf to tennis. Note that many college football players are given scholarships to gain entry into the institutions and though they are not paid, they can receive funds to cover living expenses and accommodation.

Perhaps interestingly there are moves to try and change this, in part due to the vast sums of money college sports generates for the organising bodies and for the colleges themselves. Indeed, college coaching staff are paid very well to say the least. Amazingly, 20 college football coaches earn $5m or more at the moment. At the current exchange rate that is around £70,000 per week and in a significant majority of US states the highest-paid state official is the coach of a college sports team. That’s an awful lot of money swilling around that the actual athletes are not seeing.

The Differences Between Pro And College Football 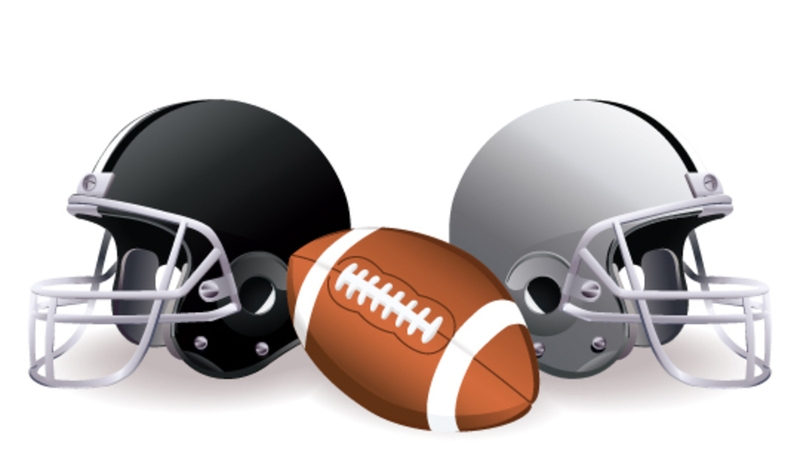 On the face of it, to the untrained eye, it could be difficult to tell the difference between an NFL match and a college football game if you happened to catch one or the other on the TV. But there are various points of variation, some quite subtle, between the versions and we’ll outline the main ones here.

When A Pass Is Deemed Complete

Though this difference might seem rather subtle on the face of it, in the context of an actual game it can prove crucial. For teams to progress in a match, whether to gain territory or score touchdowns, they (generally) need to complete passes. In NFL matches, for a pass to be complete, both feet of the player receiving (catching) the pass must be “inbounds”, that is, within the defined field of play. In contrast, with college football, only one of the receiver’s feet must be inbounds for the pass to be classified as complete.

Though the scenarios in which one foot is inbounds and one foot is not might be rather infrequent, it could make the difference between a scoring play and one in which the ball would otherwise be deemed to be out of bounds.

When A Player Is Down

In NFL matches, a player is only deemed to be down (and thus the play has come to an end) if he is tackled or brought down through contact with a player from the other team. In college football, meanwhile, in most cases a player is deemed down when any part of his body (other than hands or feet) touches the ground, whether an opponent has caused this to happen or not. 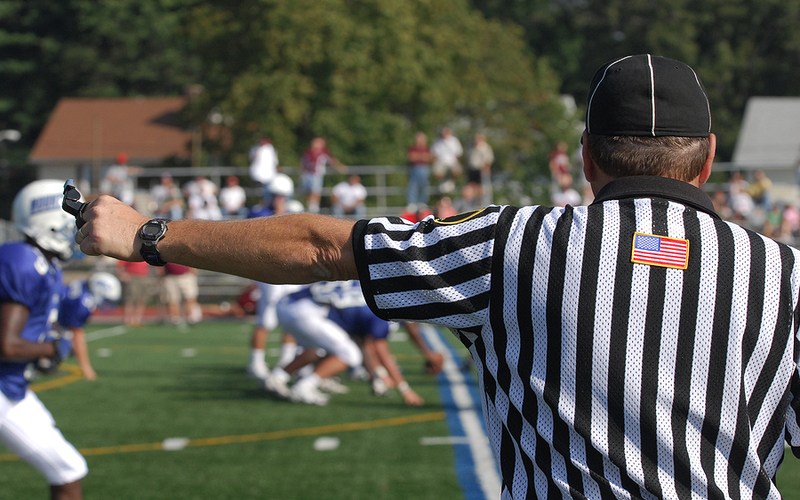 In NFL matches, play is automatically suspended where there are two minutes remaining of each half of the game (towards the end of the second quarter and fourth quarter). This effective timeout ensures coaches and players can prepare for a final push of that half before the half time break or indeed the end of the game.

In college football games, however, the automatic two-minute warning rule is not used in most cases. This means the way college coaches use their strategic timeouts is even more vital. Perhaps they do earn that pay after all?!

In American football, after a team scores a touchdown they have two conversion options: they can kick at goal for one extra point or they can attempt a two-point conversion whereby they try to run or pass a play into the opposition endzone. The difference here is that in NFL the attacking team starts that play from the two-yard line, but in college football the attacking side must start from the three-yard line. It is not a massive difference in theory, but that extra yard can be a tough one to overcome in certain circumstances.

Clock Stops After First Down

People with even a rudimentary knowledge of American football will understand what “downs” are, but if not, think about tackles in rugby league for a comparison. In American football, the offensive team has four downs (or tackles) to progress 10 yards closer to the opponent’s goal line (or indeed to the goal line itself if they are already within 10 yards). If the side manages to progress the 10 yards, whether they do so on their first, second, third or final down, they get another first down opportunity (hence four more downs in which to progress 10 yards or to the goal line). 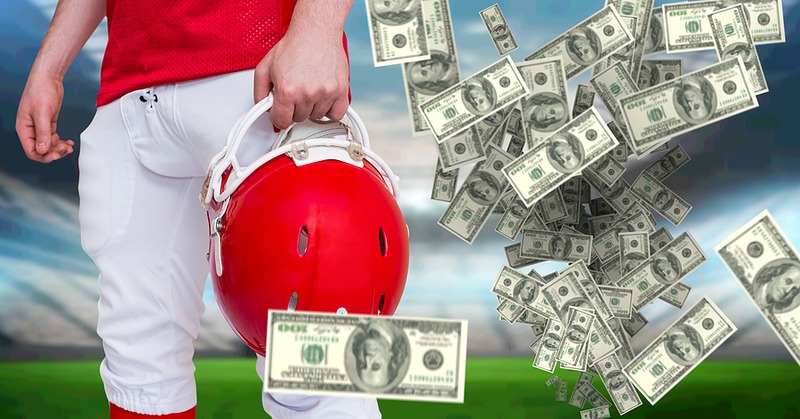 One of the most notable differences between college football and the NFL is that players in college football are classed as amateurs and hence do not get paid, as we have discussed. In contrast, players in the NFL are some of the highest-paid sportsmen in the world. As mentioned above, college players can receive “non-monetary compensation” that covers their living expenses and indeed the (sometimes vast) costs associated with their university education.

Once again as mentioned, things are changing in this regard. A Supreme Court judgement in summer 2021 means that top stars will be able to extract some cash from the college game.

There are various other rule differences between college football and NFL, some of which are fairly irrelevant from a gameplay perspective (such as how quarterback sacks are recorded as rushing yardage in college football but team passing yardage in the NFL). Others veer towards the rather technical and would only come into play in rare situations relating to certain types of player infringement and hence are not worth going into here.

Also, the rules of both college football and the professional game tend to adapt over time and while we have seen some convergence on some rules, it appears likely there will be some slight distinctions between college and professional American football for the foreseeable future.