Even those who know nothing about baseball have probably heard of the World Series, the showpiece of the American (and Canadian) game and the sport’s equivalent of the Super Bowl (in American football).

It is a cultural touchstone, even in the UK, with films like 90s comedy Filofax just one of countless to feature the MLB’s finale.

But, whilst many have heard of it and probably even know to some degree what it is and how it works, even many baseball fans are unsure about the name.

Far be it from us to suggest that Americans can be rather insular but when they call the winners of the Super Bowl in American football the world champions, it is easy to believe that many in the States are unaware of the world beyond their 50 states. At least when it comes to baseball the organising body, MLB (Major League Baseball) has the decency to include one side from beyond the bounds of the US of A. At the time of writing the MLB consists of 29 teams from the States and one, the Toronto Blue Jays, from Canada.

But can the final of a competition that includes 29 teams from one country and one from another, all from the continent of North America, really be called a World Series? Well, the obvious and short answer is yes, because it is, but is this really just down to a US-centric approach or is there a better explanation?

Is The World Series Named After A Newspaper?

It’s almost a bit of a QI-type question to ask why the World Series is so-called, or to state that it is strange they call it a world series when only two nations are involved and wait for someone to erroneously explain that it is actually named after a newspaper. Whilst this is a well known “fact”, it falls at the first fact hurdle… by not being true.

In what some call a post-truth world, where fake news is the norm, separating fact from fiction is harder than ever but when it comes to the idea that baseball’s World Series takes its name from the New York World newspaper, we can categorically state: fiction. In many ways, this is a rumour that won’t die and even in America there are baseball fans who will explain the showpiece’s nomenclature thus.

The story goes that the newspaper, which was founded in 1860, is said to have been the first sponsor of the championship game in North American baseball. It was bought by Joseph Pulitzer, a Hungarian-born businessman who is now honoured by the eponymous and famous prize for journalism. However, despite claims to the contrary, the newspaper actually never sponsored the World Series at all and the showpiece was certainly not named in its honour.

According to the excellent Snopes website this is a relatively new rumour that surfaced in the early 1990s, or at least that is the first time they have been able to find any mention of it. They look in more detail at the rumour and include a quote from the National Baseball Hall of Fame and Museum. In 1999 their researchers said that “There’s no evidence suggesting it was ever sponsored by the New York World newspaper”.

As well as that unambiguous statement from such a respected authority, there is also the fact that the official MLB history of the World Series page makes absolutely no mention of the newspaper. 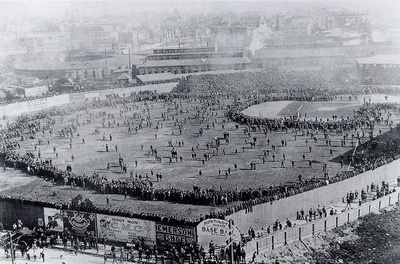 Indeed, according to the official MLB site, the first-ever World Series (as we now know it) was played in 1903 (similar matches had taken place from at least 1884) under the moniker of the World’s Championship Series. However, if we are to believe that the name derives from the sponsorship of a corporate interest, it is safe to assume that the name would have been fixed from the beginning as the World Series, or at least something very similar.

It is possible that the link with the New York World came about due to the modern era’s obsession with sponsorship and naming rights and a belief that things were no different in the early 20th century. Equally, some feel it came about as an attempt to try and fix the obvious issue of a world series featuring just US teams, or US and Canadian ones at best.

Who knows how such rumours begin but what we can be sure of is that as the early 1990s became the mid-1990s, the internet arrived. And with it, the propensity for rumours to spread more quickly than ever as information is re-hashed from one site to the next, gaining more credibility each and every time. Well, at least this is one falsehood we can well and truly put to bed. The only link between the New York World newspaper and the World Series of baseball is that the former reported on the latter, as any newspaper would.

So Where Did The World Series Get Its Name? 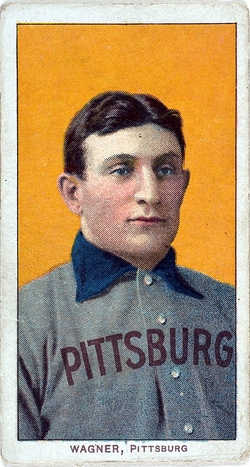 Well, much as some modern thinkers have tried to brush the notion of the name stemming from an American belief that getting the best teams from the US out onto the ballpark constituted a world championship, ultimately there is no getting away from it.

Eric Enders, a researcher from the sport’s Hall of Fame, was more than happy to firmly announce that the name did not originate from the newspaper. The origins of the name pre-date the World Series itself, which was first officially played in 1903 as we have said, Boston Americans beating Pittsburgh Pirates 5-3.

However, prior to that it had become common for the champions of the National League and the far less established American Association (now the American League) to meet in a post-season play-off series. This first happened in 1882, the year the American Association was founded, but even before then, right from the very earliest days of pro baseball, post-season games of an unofficial nature were played between various regional champions.

Between 1884 and 1890 the winners from the two competing leagues met in a post-season decider and it seems this was when the concept of it being the “world series” first came about, with other variations on that name used, as already mentioned.

Exactly why the name came about we can’t be sure but much as it is easy to be dismissive of American exceptionalism and insularity, there are a few things that should be noted. First, at the time it was the only pro baseball league anywhere in the world. Indeed, MLB, or more accurately the National League, was the world’s first “established professional sports league” when it was founded in 1876.

The sport came much later to Asia, Europe and Australasia, whilst professional leagues were established in Mexico in 1925, Puerto Rico in 1938 and other parts of Latin America in the mid-20th century. As the only professional league in the world at the time, it is easy to see why Americans would view the champions of their league as the champions of the world. Thus, calling the play-offs the world’s series, or similar, is not perhaps as strange as it may seem.

Additionally, it was at around the birth of the World Series that many feel America became a global superpower. America had been growing in population, riches and influence for many decades but in 1898 the Treaty of Paris meant the US was a “colonial power with overseas dependencies”.

This may not fully make sense of a world series that only contained American teams until 1969 and only American and Canadian since then, but it does make the sentiment of fans more understandable within a historical context. It should also be noted that for a time in the 19th century the play-off game was called the Championship of the United States. Some argue that the name world series garnered traction as the media and fans began to refer to the winners of these 19th-century contests as the world champions and this certainly seems highly plausible. 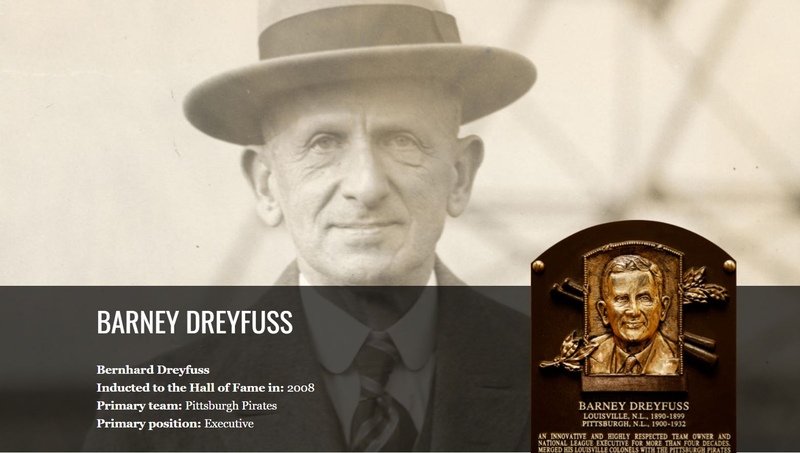 German-born Bernhard “Barney” Dreyfuss came to the States as a 16 year old in 1881 and would go on to own a number of baseball clubs, starting with the Louisville Colonels in 1890. He is best known for his ownership of the Pittsburgh Pirates though, heading the team from 1900 until his death in 1932. He helped them win two World Series and he was inducted into the sport’s Hall of Fame in 2008.

Some feel it is he who should have the honour as the “creator” of the World Series. His Pirates were champions of the National League three years in a row from 1901 but this was at a time when the far newer American League was trying to expand and compete with the NL. He is credited with helping create a deal between the two leagues to help them both prosper and with coming together with owner of the Boston Americans, Henry Killilea, dubbed the “godfather of the American League”, to create the World Series.

The actions of Dreyfuss and Killilea certainly did lead to the creation of the first official World Series in 1903 but the name, as we have seen, pre-dates that. Dreyfuss purportedly (though we cannot find a reliable source for this) invited Killilea’s Americans to play in a “World’s Championship Series” and whilst this action may have helped solidify the name, it does not really explain it in the first instance.

Why is the World Series called the World Series? We can’t really be perfectly sure! It definitely isn’t anything to do with a newspaper or sponsorship though, of that we can be pretty certain. Equally, it is not because of a letter from Barney Dreyfuss, which may or may not have existed, because the name pre-dates that by around 20 years.

The most likely explanation, in our eyes, is that at a time when America was home to the only professional baseball league in the world, it seemed natural to view the best American side as the world champions. The tag of best side in the States was given to the winner of a post-season play-off series of games and this gradually became known as the world series or world’s series. This was possibly in the same way that in athletics we refer to the World Championships as the worlds.

The name gradually became more and more synonymous with the sport’s crunch game/series, helped by America’s growing stature in the world and media reports declaring winners “world champions”. In 1903 we saw the first official World’s Championship Series and over time this became universally and officially shortened to the World Series.