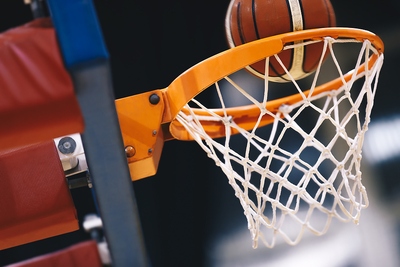 While in some sports there is a distinct possibility of a single-figure scoreline or even possibly a 0-0 draw, this is not something that would ever happen in a professional game of basketball.

It is one of the highest scoring sports because getting the ball into the hoop does not pose that much of a challenge to top players, even when they are faced with the best defensive players in the world. The end-to-end nature of basketball means that across all levels, scores can rack up very quickly.

What about the NBA specifically though? How many points does a typical match see in what is undoubtedly the world’s most-watched, best and most lucrative basketball league? And how does it compare with other leagues across the world?

These may be especially interesting questions to anyone that enjoys betting on basketball as ‘total points’ is a market that is regularly available at bookmakers. 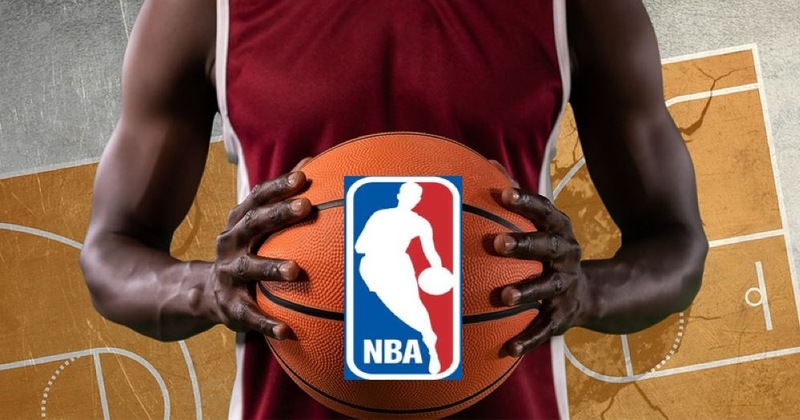 The NBA has long been able to attract the very best players that basketball has to offer. It is where all the famous teams are, and the high-paying contracts, making it a dream for many aspiring young players. With both the best offensive and defensive players coming to the league, you might think they might balance each other out, but this is not quite the case.

Instead, what you see in the NBA is that it is hard to tame the best offensive players, many of whom post some seriously impressive stats. The end results of this is that NBA matches are very high scoring compared to most other basketball leagues across the world (even when the additional time is accounted for). A team can be as well-drilled as they like but ultimately there is not much they can do if their opponents regularly sink their shots while under pressure.

As for the precise figures, to find this out we collected data from the previous six seasons, 2016/17 through to 2021/22 which produced a massive team average of 109.3 points. With two teams playing in a game, this means that the game average during this time period is stands at a huge 218.6 points.

There has been no wild variation during this period although there has been something of an uplift starting in the 2018/19 season that has seen four straight years of 220+ averages. Part of that may be explained by the pandemic though and the unique challenges that posed, with some games played without the pressure of fans in the arenas.

Where Do Points Come From? 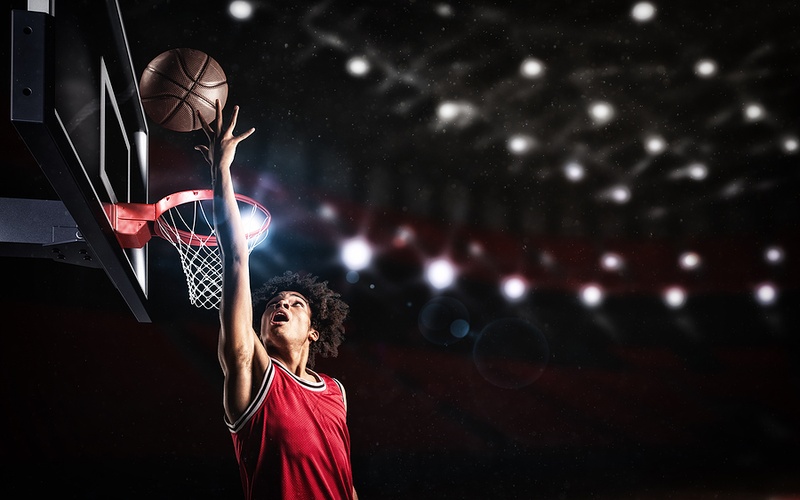 There are only three different scoring options in basketball, a 2-pointer, a 3-pointer or a free throw (worth one point each).

So, if a match finishes with 220 points overall, for example, this total will have been reached by some combination of these three ways of scoring.

Looking at the number we can see that the recent increase in points is due to a proportional increase in successful three-pointer attempts. Free throws have stayed relatively steady but players seem happy to take on the more ambitious three rather than work the ball into the two-point zone and shoot from there. This is partly because players have been enjoying a little more success with their longer attempts.

For the 2003/04 season, the three-point success rate stood at 34.4% while the year after it was 33.8%. Fast forward to 2020/21 and the figure is noticeably higher at 36.5%. Although this was a particularly fruitful year for three-pointers, both the season after and season before it both saw success rates exceeding 35%.

Are NBA Matches More High Scoring Than Before? 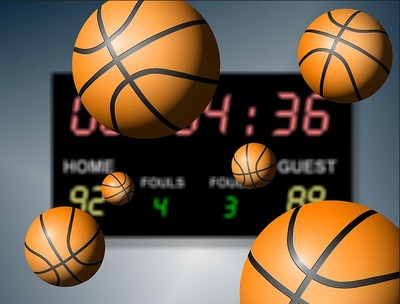 Do spectators at a modern-day NBA match see more baskets than they used to or has the division long been so high scoring? There was something of a dip between 1995/96 and 2012/13 in which 16 of the 18 seasons all averaged fewer than 200 points per game. So, compared to this period, modern NBA has comfortably witnessed more points being bagged. If you were to go further back though, it is clear that the scores we see today are not particularly high by league standards.

In fact, when ordering seasons by the most average points, there is no season from the 20th century that features in the top 10. So, 220+ point matches are certainly not a new phenomenon in this thrilling league and we cannot truly say that we are in a golden age of high scoring.

What About Other Leagues?

If you are wanting to see basketball with the most point-scoring actions then NBA will always be your safest bet. Compared to other leagues across the world, NBA matches consistently see the most points and by a decent margin too. The 2021/22 British Basketball League, for example, saw an average points per game of 161. Similarly, Spain’s top-division, which is considered one of the best in the world outside of the NBA, averaged only slightly more at 163.

Keeping with the same season and this ends up being a familiar trend if you broaden the search. Another well respected league, the Turkish Super League, averaged 160 points per game while the top flights in France and Italy saw 164 and 162 respectively. Total points around the 160 mark are not limited to European leagues either, in China, the LNA Pro A averaged 164 points per game in 2021/22 while the Australian NBL, which tops the lot, only came in at 167.

So, a typical NBA game will have around 60 more points than another top-level game of basketball across the world. Why is it so much more? There are a few factors but none more relevant than the duration of games.

Why Are NBA Matches So High Scoring? 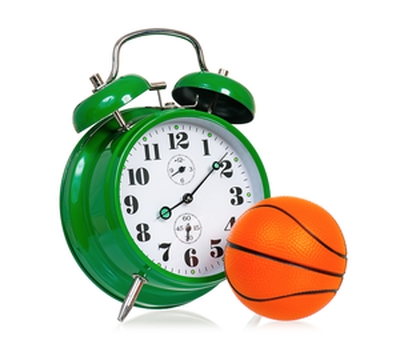 One thing all the other leagues we looked at just before have in common is that they all feature quarters of 10 minutes, meaning a total game time of 40 minutes. The NBA, however, features longer-than-standard matches, as they feature 12-minute quarters, resulting in 48 minutes of play. This 20% increase is a large part of the reason why America’s top division sees far more points than other professional leagues in the world.

It does not account for all the difference though. From the six leagues we looked at earlier, they averaged a points total of 163.5 during the 2021/22 season. If we were to add 20% to this total, this would end up working out at 196.2, so still a way short of the NBA. Therefore, the difference in points total cannot simply be explained by the extra eight minutes that fans in America get to enjoy.

The remaining difference boils down to various factors but one is the sheer pace of the game. Professionals in the NBA play at such speed and they will end up in a shooting position, on average, quicker than they would do in any other league. Additionally, you have the fact that players are simply more accurate with their efforts and this can be worth an extra 10+ points a match. In particular NBA layers are better at landing three-point shots, which as we have seen account for a decent proportion of the total points in a game.

Are More Points Scored In the Play-Offs?

Every NBA season ends with the high-pressure and regularly thrilling play-offs, known as the post-season in America. There is reason to think these games might be more, or less, high scoring than an average regular season contest. The argument for more would be that teams will be incredibly high on motivation, something that they may not necessarily have for a typical run-of-the-mill game. The assumption for lower would be that the additional pressure and stress that comes during the business end of the season could negatively impact performance.

The data clearly shows that play-offs typically see fewer points than regular season matches. Although it is not a big drop-off in some cases, it is still a noticeable dip and one explained by the slower pace that play-off games have. Game pace is something that is measured by number of possessions per match and for most teams it decreases when they hit the play-offs.

In the 2016-17 season for example, as highlighted here, pace fell for 12 of the 16 teams that made the play-offs. Fewer possessions means fewer shooting chances and naturally a reduction in total points.

The most common way of betting on total points on NBA matches is to go above or below a specified amount. For the main market, the specific amount will be one that ensures the over and under option are available at the same odds, or very close to the same. Alternative total points bets can be found though, where you get bigger odds, for example, backing over a higher total points value. The points offered as standard fluctuates depending on what teams are involved but they generally float around the 220 mark, making it in-line with recent averages.

Here are a few example taken from fixtures during the 2022/23 season.

Although we know a typical match, is likely to end up with around 222 points (based on data from previous seasons) to know if there is good value in these bets you really have to look at the individual team stats. It is not simply a case of betting under on 231.5 the Suns v Nuggets game because the number is higher than 222. The previous season these two teams were among the top 10 best scorers in the league, hence why the bookies think they will have an higher-than-average scoring contest.

If this is a market that interests you then looking at all of the relevant stats for both teams is crucial. This might include head-to-head data, offensive potency and defensive solidity, as well as team news, injuries, who has home court advantage, what both teams have to play for and anything else that you can find out about the game.