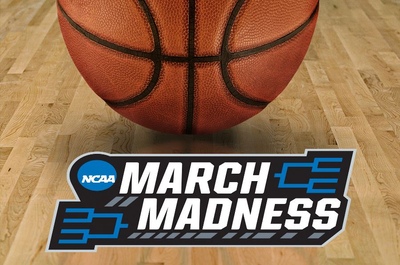 Fans of basketball across the world are understandably drawn towards the glitz, glamour and supreme skills on show in the NBA, arguably the world’s best basketball league.

But for those who scratch beneath the professional surface of the game, there is a whole lot more quality basketball to be found at the college level – after all, these are the NBA players of the future.

For fans of knockout competitions in other sports, the NCAA’s March Madness could be very attractive as it follows very similar principles.

In this article, we’ll explain all you need to know about this annual tournament and why it captures the imagination of the American sporting public, as well as basketball fans around the world. 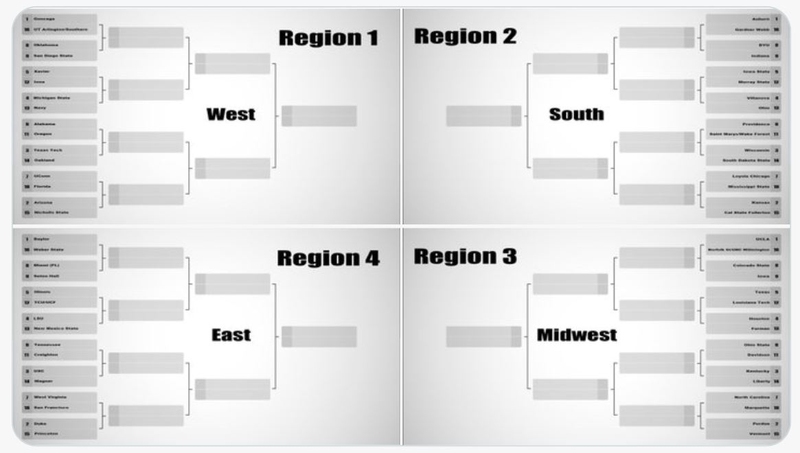 The National Collegiate Athletic Association or the NCAA’s Division I Men’s Basketball Tournament is played in the springtime in the USA. Known widely as March Madness, its purpose is to determine the national champion, with 68 teams from Division I of the National Collegiate Athletic Association participating in an elimination-format tournament. Harold Olsen, coach at Ohio State, conceptualized and created the tournament way back in 1939 since when it has grown in stature to become one of the most significant sporting events in the US sporting calendar.

A total of 32 champion teams from the Division I conferences receive an automatic bid to participate in the tournament. These teams are joined by another 36 teams who receive so-called “at-large” bids. A selection committee selects the teams who will be classified as “at-large”, which are announced on Selection Sunday, an event that is screened across the nation.

The teams are then split into four regions based roughly on their geographical regions (East, South, Midwest, and West) and then further organised into single-elimination sections or brackets, which determine who a team will encounter next after posting a victory. Within each region, teams are ranked from one to 16.

Following the First Four matches, there are three additional weekends of action, with the matches taking place at various neutral venues throughout the country. Seeded by rank, 68 teams proceed through 34 elimination games in the First Four round. The games are followed the next weekend with the next 16 or the ‘Sweet Sixteen’ rounds, followed by the ‘Elite Eight’ games over the next weekend. Finally, the last four teams, dubbed the ‘Final Four’ face off for the finale of the tournament. These games are usually played in early April when a team from each of the four regions competes for the championship title.

The History of March Madness

The term March Madness is generally associated with the NCAA Basketball Tournament, but the nickname was first used to refer to the Illinois High School Association tournament. “March Madness” is attributed to Illinois educator and coach Henry V. Porter in a 1939 essay for the Illinois Interscholastic magazine.

Until 1982 when CBS reporter Brent Musburger used the term to describe the NCAA Tournament, March Madness was not used to describe the tournament. Musburger said he got the name from an auto dealer who commentated on a high school tournament in Chicago.

The term has since been used by college basketball fans and the media. The NCAA and IHSA now jointly own March Madness through the March Madness Athletic Association, following a legal dispute over the term’s ownership, which some would suggest is an example of madness in action. 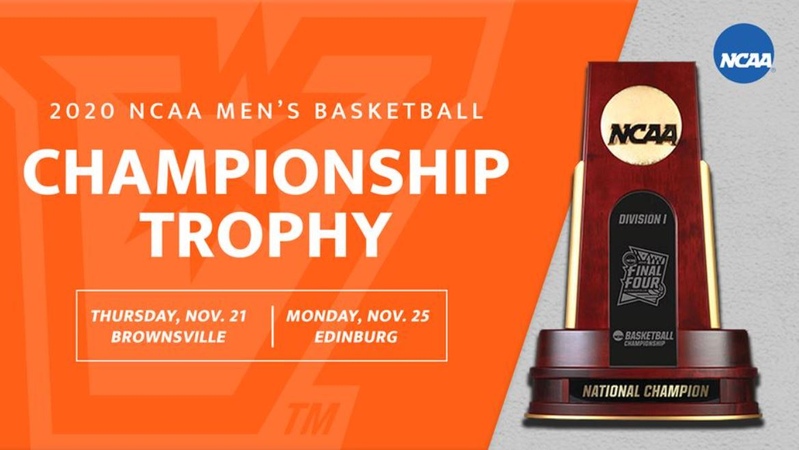 A total of 32 teams get instant invitations to the prestigious tournament. They earn this by winning their respective post-season conference tournaments. The remaining 36 and 32 teams of men and women are picked by a Selection Committee. Teams are selected by a selection committee consisting of athletic directors and conference commissioners from different universities and conferences. Meetings of the selection committee usually take place between Thursday and Sunday before the tournament’s game dates are picked. They analyse various teams and select which teams are worthy of getting an invitation to the competition. The teams that are selected are announced on the Sunday in an event famously known as Selection Sunday by pundits and fans, and it is screened across the nation.

Regions and the Drafting Process

There are at least 16 teams in each region, and – as mentioned – the teams are separated into four regions. It is the committee’s job to make sure the regions are as similar in quality as possible based on the teams each includes. There are different names for the regions every year, and they are primarily geographical (for example Midwest or Eastern). The teams usually select the names that fit with each city that eventually hosts one of the regional finals, whether directly relating to that city or the region in which it is located.

A team’s ranking in national polls, conference and road record, and other factors are considered by those on the committee while selecting a team.

The selection committee also has the responsibility for seeding the teams and allotting them in pods – and no, we haven’t suddenly taken a swerve into an article about farming!

Traditionally, the highest-seeded teams enjoy more success in the tournament. In fact, it has only happened three times in the tournament’s history that the number one seed did not advance to the Final Four. Sometimes a lower seed ends up making it to the Sweet Sixteen or Elite Eight rounds, however. They are referred to as the Cinderella team of the tournament. However, they have never made it all the way to the finals.

The madness usually begins on the third Thursday in March and lasts for three weeks. A team’s journey to the top 64 begins with the First Four, the four lowest-seeded teams who play for a spot once the number of total teams has been cut from 68 to 64. After that, the real tournament begins.

The field of 64 teams is reduced to 32 over the first two days of the tournament. After two days, the field will be trimmed to 16, commonly referred to as the Sweet 16. There will be a four-day break for these 16 teams before they resume play the next Thursday. The elimination carries on at full throttle as 16 teams get reduced to eight (the Elite Eight). The elimination of the next four is made during the second week of the tournament. The winning four teams make up the Final Four. College basketball’s national championship is decided in April from the teams that made it to the Final Four, that is those that survived the chaos in March.

Making it to the Final Four is perhaps the biggest highlight in the life of any college athlete. A team in the Final Four only has to win two more games to be declared the overall champions. Each Final Four team receives a bronze-plated NCAA Regional Championship trophy since 2006. While the winner takes home a gold-plated wooden NCAA National Championship trophy. Rings are given to all teams who make it to the final four. The champions get given gold championship rings while players from the other three sides are presented with Final Four rings. Finally, the winner of the national championship takes home a shiny marble or crystal trophy. The teams and players who make it to the final four have many eyes on them, including the attention of the NBA drafters and other important figures.

Why Is March Madness So Significant? 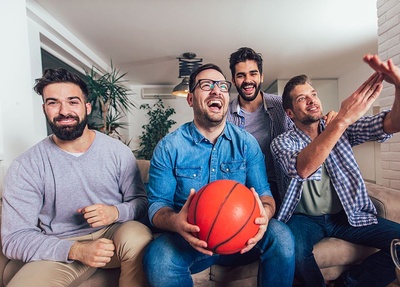 The NCAA’s March Madness is a pretty huge deal in the USA. From fans to media pundits and commentators, and from the players themselves all the way to the NBA officials, March Madness has some kind of significance for everyone involved. The tournament attracts a massive audience. Basketball seeps deep into the American sporting psyche and March Madness has more of a tangible impact than many sporting events. For instance, many employers report having noticed more sick days, extended lunch breaks and generally lower productivity and time in the office during March Madness. Moreover, fans of March Madness who work in offices spent an estimated $2 billion on 70 million separate bets related to the tournament in 2017.

Most of the players participating in the tournament have at least one eye on the National Basketball Association Draft, which happens a few short months after March Madness. Clearly, if players stand out from the crowd in their March Madness matches, they stand a much better chance of getting drafted into the NBA. Players from the most successful teams have been getting picked more regularly and by better NBA teams than those from poor-performing sides, as a 2012 study shows.

The hype that surrounds March Madness is pretty much unmatched for a college-level sports tournament. Naturally, it is a national event that happens every year and it is fair to say that it grips the entire nation’s attention. The tournament is broadcast on major channels across the country and enjoys plenty of interest from people from all walks of life. For the first time in history, the NCAA made $1 billion in revenue in 2018. The majority of this came from television contracts. Based on the performance of teams, the number of scholarships given out, and other factors, the overall gains go to the participating schools and/or conferences. The NCAA requires that conference money be distributed equally among member schools.

Overall, while March Madness is taking place, basketball fans in the US can sit back and be well entertained. The players, schools and the sport itself benefit greatly from the games and the revenues they produce. The intense nature of the tournament, with back-to-back eliminations and the extensive media attention, truly makes March Madness live up to its name.