On the 7th January 1973 Olly Croft, who in many ways could be considered a founding father of British darts, set up the British Darts Organisation (BDO).

It was made up of 66 member counties and for many decades the BDO oversaw professional, semi-professional and amateur darts competitions throughout the UK.

Sadly Croft died in November 2019 and not even a year later his organisation suffered a similar fate, having been overshadowed by what was then known as the WDC (now the PDC), with the BDO going into liquidation in September 2020.

But what exactly happened to the BDO? It rode the wave of the darts boom but 45 years after it was founded it had fallen out of favour with players and fans alike, and disintegrated.

Where did it go wrong, might it be resurrected, and what does the future hold for the sport of darts?

Origins Of The BDO

Before we look at its demise, let us first briefly explain how the BDO came to be. As said, it was founded in 1973 by Croft, who was 90 years old when he died. Croft was a keen player who turned out for the Harringay Arms in Crouch Hill and the BDO was actually formed at his home in Muswell Hill.

Previously, UK darts had been run by the National Darts Association of Great Britain (NDAGB) but this was more parochial and localised, with Croft wanting to bring all the various counties that played darts together into one organisation.

The BDO separated from the NDAGB and as darts went from strength to strength in the 1970s and 1980s, so too did the new governing body.

In 1974 it had become a founder member of the World Darts Federation (WDF), of which more later, and this, now along with the Professional Darts Corporation (PDC) remains the global governing body.

As the 1980s passed, darts became less popular and received less television coverage when ITV’s World of Sport ceased to air. The image of the game struggled, attendances and sponsorship were down and so too, of course, was the prize money. The players were not happy.

In the early 1990s the top players, angry with the BDO and indeed with Croft, split, a recurring theme in darts it would seem. In 1992 top players, including all active former BDO world champions, established the World Darts Council (WDC). This would subsequently become the Professional Darts Corporation and after lots of wrangling and legal disputes that lasted for many years the two organisations became relatively harmonious bedfellows… but with the BDO being very much the less prestigious group.

Just about all of the best players and all of the biggest prizes (in terms of cash and, for most fans, prestige too) were in the PDC. Sky Sports covered the biggest PDC events whilst the BDO had to settle for occasional terrestrial coverage that was far more limited in scope, expertise and sheer quantity. Whilst very much relegated to the second tier of darts towards the end, the BDO continued for many years with a relatively large and passionate following and a certain amount of old-school charm. 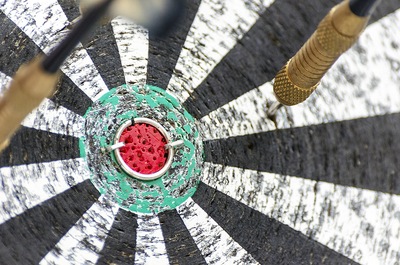 2020 was of course a year none of us will ever forget and a year of great suffering. For the BDO it proved terminal and started in a disastrous fashion. In truth the demise of the BDO is complex and it would be unfair to simply say it was a victim of global events. It had financial issues in 2019 and was sanctioned by the WDF.

Further issues followed and this led to the prize pool for the World Championship in 2020 being cut massively. At the end of 2019, less than a week before the BDO’s flagship event, chairman Des Jacklin said that due to poor ticket sales (just 15% of tickets were sold and this was before we knew about what was happening with COVID in Wuhan) money for the players would be “reduced somewhat”. With no sponsor for the event, it turned out that “somewhat” meant, in the case of eventual winner Welshman Wayne Warren, receiving 77% less than the 2019 world champion.

For reference, the £23,000 Warren took home was the lowest winner’s cheque since the 1980s and slightly less than a third-round loser at the 2020 PDC World Championship received. Unsurprisingly these events angered and upset players and generated a lot of negative media for the BDO. With further issues at tournaments throughout 2020, including some events being cancelled, the BDO began to rack up the losses. 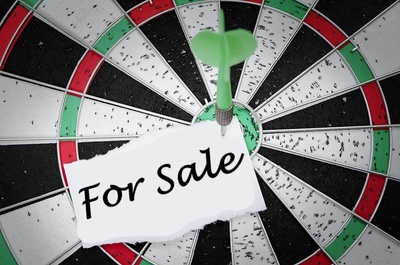 In May it was announced that the BDO would file for liquidation. For its most recent financial year losses stood at just under half a million pounds, a large sum relative to its turnover. Those losses were increasing too and whilst the BDO pledged to carry on as a non-commercial entity it was clear that the major tournaments it sanctioned were unlikely to go ahead.

The BDO hoped to continue helping the grassroots game in the UK but in September it became apparent that almost all counties would switch to alternative organisations including the United Kingdom Darts Association (UKDA). There now seem to be several smaller darts organisations battling it out for the scraps, with Modern Amateur Darts (MAD) and Tri Nations Darts among them.

That same month it was all over for the BDO and sadly after 47 years it does definitely seem all over. That means no more BDO World Trophy or World Masters and, of course, the end of the BDO World Championship.

Whilst the major tournaments of the BDO will not go ahead in their old guises, it is believed that the WDF will take over the World Championship and World Masters. These were the two crown jewels of the BDO and its biggest, most prestigious and longest-standing tournaments.

In September 2020 the WDF announced that they were “working towards the launch of the WDF World Championship and WDF World Masters”. In addition, they said that a full review of “the ranking system and the calendar for 2021” would take place.

It remains to be seen what will happen and whether the WDF will be able to develop as a key rival to the PDC. Clearly those players who can qualify for the PDC will do so and seek to earn a living there but for the rest, and perhaps for nostalgic fans, it must be hoped that the WDF and, if needed, any other darts bodies, can make a success from the ashes of the BDO.