In some ways this is something of a rhetorical question as it should be fairly self-evident that starting ahead of your rivals in any race is an advantage.

F1 is a sport of fine margins and so any advantage is not to be sniffed at and so from this point of view it is obvious that yes, pole position does matter.

Perhaps the more pertinent question, and what we really mean in considering this issue is, just how much does pole position matter?

If you are familiar with Formula 1 you can skip the next section and go straight to the section after, where we look at the impact of pole.

If you are new to the sport and unsure how qualifying works and what the term “pole position” means, read on.

What Is Pole Position And How Is It Decided? 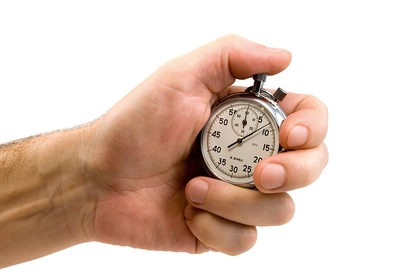 Pole position means that a driver starts at the front of the grid, the grid being the formation from which the cars start a race.

There are two cars per row, spread out over the width of the track, with each car position eight metres ahead of the one behind it. So the driver on pole and the second-fastest car start on the front row, staggered so that pole is eight metres in front. The third-quickest driver is then eight metres behind second (but on a different row) and so on.

The order of the grid is decided by a qualifying process which has evolved slightly over the years although staying broadly the same. Essentially though, over various practice and qualifying periods the drivers and teams try to set the fastest lap they possibly can.

Whoever manages that feat is awarded both the honour of starting from pole position and, in 2020 at least, an engraved wind tunnel tyre!

How Much Of An Advantage Is Pole In F1?

The fact that the term “pole position” has entered the lexicon as an idiom meaning “a leading or dominant position” is in some ways proof enough that it “matters”. However, as we said, the issue is not whether or not it helps, but more how much it helps. No driver would ever swap pole for a place lower down the grid but just how much of an advantage does pole confer on the driver who qualified fastest?

It is impossible to quantify this exactly as there are so many variables, many of which affect each other. The most obvious issue is that precisely because a driver is in pole, they have already demonstrated to some degree that they are the best/fastest car/driver combo for that particular track. Future success they have in the race itself is not necessarily caused by them being on pole, but instead both factors – them starting at the front of the grid and also winning the race – are caused by the same single thing: the fact that they are the quickest driver on the circuit.

That said, there are various stats we could consider that might help us better understand this issue but unfortunately there is a surprising lack of research into this. 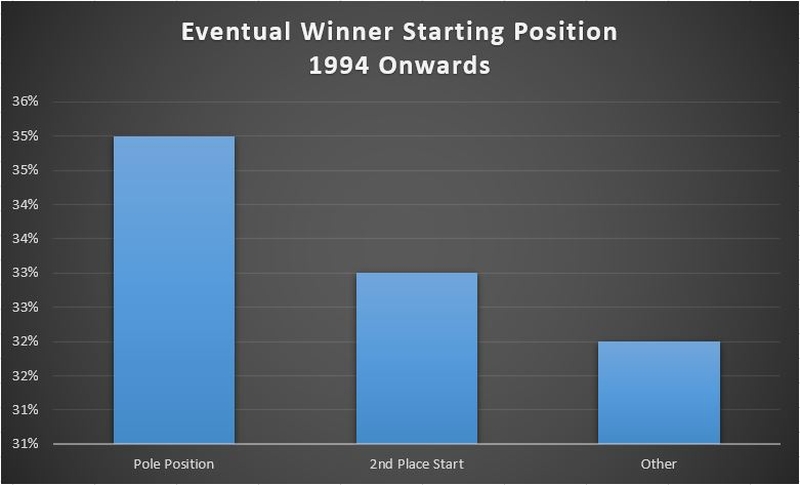 One analysis of almost 100 races from 1994 onwards showed that 35% of races were won by the driver on pole (this tallies with other longer term analysis which shows a win ratio of around 40% – 432 wins from 1029 races at the time of writing). In that same period, around 33% were won by the driver in second, which is interesting as it could suggest that there is very little advantage in starting on pole as compared to second place.

Whilst the driver in pole position did win slightly more races (34/98 compared to 33/98), given they had already proved themselves the fastest driver of the weekend, we might view just one extra win out of 98 races as a poor return. What’s more, there was a significantly stronger correlation between leading after one lap and winning, with 44% of those ahead after one complete circuit going on to take the chequered flag.

Let us return to the historical win ratio of the driver on pole, which sits at 41.98% following the 2020 Eifel Grand Prix. Given the driver at the front of the grid actually loses around 60% of the time, one might argue pole is a disadvantage! This would be erroneous though, as whilst they will lose around 50% more often than they win, they still win more often than any other rival who begins further back on the grid as we can see below:

Throughout the history of Formula 1, any driver starting ninth or lower has won less than 1% of the time. The table above shows that whilst statistically speaking you should expect the car on pole to lose, they still have a much better chance of winning than anyone else. 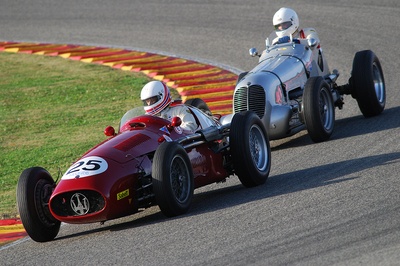 Further complicating proceedings, it may well be the case that these stats are skewed by results of the distant past which have little relevance on modern racing. In years gone by there were more crashes, more engine failures and it wasn’t uncommon for the driver on pole to fail to complete the race.

Modern cars, especially those from the best teams, rarely let their drivers down and thus whoever is on pole has a far greater chance of winning these days. In addition, overtaking is probably harder than ever due to measures introduced to improve safety. This means pole becomes even more important.

The two greatest champions of the modern era, Lewis Hamilton and Michael Schumacher, both won around 58% of the time they were on pole. In contrast, drivers from earlier times who sit towards the top of the multiple world champions table fare less well. Juan Manuel Fangio had a strike rate of under 52%, Alain Prost less than 55% and Ayrton Senna just 45%.

Many F1 fans will be aware that some tracks are renowned for producing exciting races in which there is a lot of overtaking. At other circuits it is far more difficult to pass a rival car and so being on pole becomes a bigger advantage. There is little doubt that the value of pole varies from one track to another.

The Nürburgring, for example, has seen just three winners from pole in the last 19 races. A track that is loved by drivers, it tests them to the limit and this can cause mistakes which can shake up the race order. In addition there are lots of opportunities to pass other cars, whilst frequent bad weather further lessens the benefit of pole due to the likelihood of safety cars and issues over tyre selection.

In contrast, at Monaco, for example, pole is a far better indicator of the winner due to the tight nature of the track. From 2004-2019 inclusive the driver on pole won 12 times for a strike rate of 75%. In the 30 Grands Prix raced at Barcelona’s Circuit de Catalunya the driver on pole has delivered the goods 73% of the time, whilst the proportion at Singapore is 67% since its first race in 2008.

Whether you are betting on a race or are simply a fan considering how a Grand Prix might pan out, being aware of such differences can be very beneficial. Whilst ascertaining how much pole position is worth to a driver in general is very difficult, the stats comparison from one race to another offers a much clearer picture.

Why Does Pole Position Matter In F1? 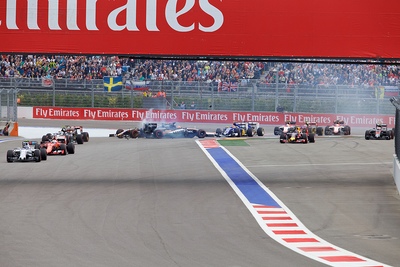 So, we have ascertained that pole definitely does matter and that in general the driver starting there wins around 40% of the time (with second winning around 24% of their races). We have also shown that the benefit of pole is much greater at some tracks than at others. However, we haven’t looked at perhaps the most basic question of all: why does being on pole position matter in Formula 1?

Well, as we have said, it is self-evident that starting first in any race should be advantageous. But beyond the obvious benefit of starting from the front the driver on pole also has the huge advantage of (hopefully) being able to avoid any congestion at the first few corners. Once again, hard stats are a little thin on the ground but some analysis suggests that in recent times around a third of races have seen a crash at the very first turn. The standing start means the first corner or two are real bun fights. As drivers jockey for position and try to overtake, accidents of varying degrees of seriousness are common.

By being out in front, the driver on pole has a great chance to avoid these potentially race-wrecking clashes. In addition, if they can hold their place and fend off the other driver on the front row, who has the best chance to pass them, they then convert their literal pole position into a metaphorical one: another car has to pass them in order to win. As we have explained, overtaking is far from easy in modern Formula 1 races and so, barring a tactical or technical error or some bad luck, any driver converting their pole into a first lap lead really does have a great chance to go on and win.