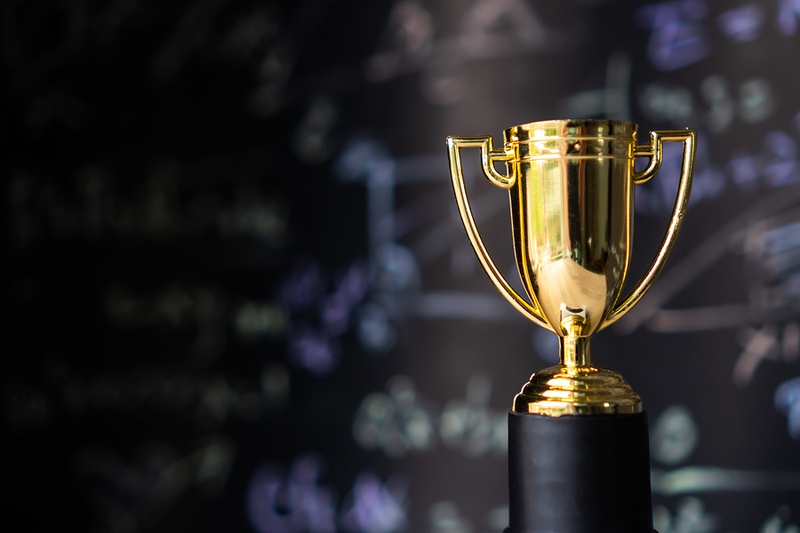 Every football fan has their own reasons for loving the beautiful game but it’s ultimately all about winning. Fans of every team would love to see their side win the league but that is out of reach for many, and with money more important to success than ever before it is possibly further out of reach than it has ever been.

This is part of the reason that cup football is so popular. Domestic cups in particular offer an extended number of teams a shot at glory, with a run through to the latter stages often enough to give fans something to remember. For the smaller clubs, even the chance to compete against the big boys feels special, whilst a big away draw can do wonders for the finances of sides lower down the football pecking order.

The unpredictable nature of cup football also makes it popular with punters. There are some things you need to know before rushing to place your bets on cup football though. That’s true of ante post betting options and markets for individual matches, so we’ve covered both in this cup betting guide. 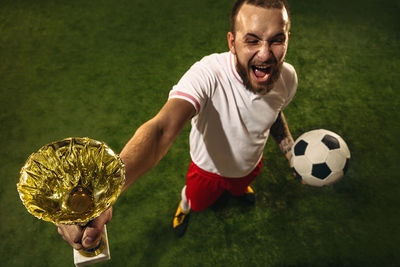 The Cup Winner Market for cup football is similar to that of league betting in that the winner of the competition is also the winner of the market. This is a simple enough market and it is also one of the most popular bets among punters alongside the league winner market. There are some very significant differences however.

The most important thing for punters to be aware of is the changeable nature of Cup Winner Markets. In league football, the odds will change throughout the season subject to results, but in cup football the selections themselves will change. Take the FA Cup for example. Each round of the competition sees half of the teams knocked out of the tournament and settled as losers in the market. In the earlier part of the FA Cup, teams are eliminated even before the Premier League and Championship teams get their competition started.

Other competitions see selections added to the market. That’s the case for the Europa League where teams from the Champions League are added to the competition after the group stage. Oftentimes, these teams go straight in towards the top of the market which obviously has a big impact on all the odds available. At least a basic knowledge of the structure and format of the competition is crucial if you want to avoid making a bad assessment of the value a certain team offers.

Bookmakers differ in the way they deal with their Cup Winner Market whilst matches are taking place. Some will actively manage their positions as if the market were in play given the large swings possible (imagine the cup favourites went 3-0 down in a quarter final match for example) whilst others will suspend outright betting at certain times. You’ll generally find that the Cup Winner Market is offered in-play during finals, too. 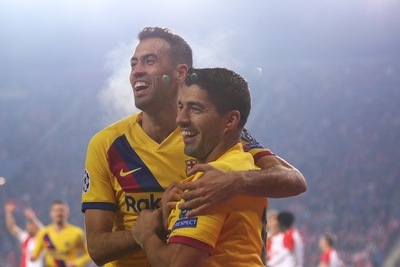 Top scorer betting is more common in leagues than cups but some cups in particular have extremely popular top scorer markets. The markets for the Champions League and World Cup top scorer are much-loved by punters and offer a great way to bet on the tournaments. Betting on the top scorer in a similar competition such as the Euros, Europa League, Copa America and so on is also very popular.

Whilst less common, you can also bet on the top scorer in other cups, such as the FA Cup or League Cup. As ever, understanding the market and the structure of the event is key if you want to give yourself the best chance of getting a net win.

When it comes to tournaments with group phases, such as the World Cup or Champions League, it can really pay to consider the fixtures. If the players at the top of the market don’t seem to offer great value, perhaps there is a better pick at longer odds whose team has been blessed with an easy draw. If Lionel Messi’s Argentina are in the proverbial Group of Death whilst Robert Lewandowski’s Poland have the easiest group going, the latter is likely to offer more value. With a bit of luck he might be able to hit a hat-trick and perhaps a brace against the group’s minnows and five goals could see him in the mix, even if Poland don’t go too far beyond the next round.

Generally though, considering how many games a player is likely to play is crucial when it comes to such bets. Normally the top scorer will at least make the semis but that isn’t always the case. In particular, with cups where the top sides play fewer games, the top scorer may often be a relative unknown. In the 2018/19 FA Cup, for instance, Newport’s Padraig Amond took the honours with five goals, whilst a year earlier Wigan’s Will Grigg was the top gun.

Other related bets when it comes to the top scorer are Top Scorer/Winner doubles, where you back the player who will score the most goals and the team that will win the cup. Cristiano Ronaldo/Real Madrid was a popular pick in the Champions League during his time at that club, but things are rarely so predictable and the odds in this market reflect the difficulty in calling both sides of the bet.

Last of all it is worth being aware of what will happen in the event of a tie. Firstly, you need to be aware of what market you are betting on. If it is top goalscorer then a tie will usually be settled using dead heat rules. This can be particularly relevant to each way bets and means that your stake will be divided by the number of people tied for the winning places. So, if you back Ronaldo for top scorer outright and he ties with Messi, half of your stake is paid as a winner and half as a loser.

On the other hand, if you have placed a bet, say, on who will be the World Cup Golden Boot, ties will be divided by assists, first of all, and then which player played the fewest minutes. There is no tie and no dead heat, even if, as in 2010, three players all scored the same number of goals.

To keep you even more on your toes, be aware that the World Cup and potentially other tournaments too may differentiate between the Golden Boot and the Golden Ball. The first is related to the top goalscorer but the second, on which you can also bet, is awarded to the best player (as decided by a committee). 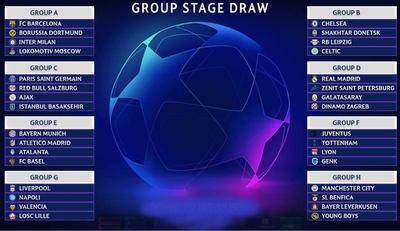 One of the real joys of cup betting is the different formats used by different competitions. Some of the biggest football cups such as the World Cup and the Champions League use a group stage before the knockout, which provides punters with another way to beat the bookies.

The online bookies have a wealth of betting options when it comes to the groups. The most popular of these is the winner market. It’s a straightforward bet in that you make your selection on which team will win their group, but it is open to serious swings in momentum given the generally short formats.

The To Qualify Market is another popular betting option for the group stage of cup competitions. This is a market which demands a certain amount of research as each tournament has its own qualification rules. It’s particularly important to understand the way in which points ties are decided as this varies, with goal difference, head to head, goals scored, and other factors often used, frequently in different order of priority.

Some bookmakers offer the ability to bet on a team’s exact finishing position in a group. This is a potentially high yield opportunity but harder to get right, as are the various forecast and reverse forecast markets in which you are tasked with correctly predicting the top two either in any order or the exact order. 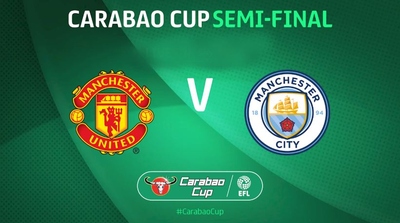 If you have a strong feeling about a team giving a good account of themselves in a particular cup competition but think they’ll just come up short of winning it, it’s always worth heading to the To Reach … markets. As the name suggests, you are betting on whether a team will reach a certain stage of a competition.

For example, Wolves’ performance early in the 2018/19 Premier League was very impressive. That prompted some to fancy their chances of making the latter stages of that season’s FA Cup. Although defeat in the semi final meant they fell just shy of securing an each way payout on outright winner bets, Wolves did secure a healthy return in the To Reach the Semi Final market.

The selection of these markets will depend on the size and competitiveness of the tournament. Generally speaking, you’ll be able to bet on whether a team can reach the final (slightly different to an each way bet as you aren’t also backing the win), semi final, quarter final, or round of 16 as applicable.

When it comes to each way betting on cups, this almost always means you are backing a side to make the final. Such bets are usually paid out at half the standard odds but this is definitely worth checking before you place your bets.

The vast majority of the match markets you’ll find for a cup match are exactly the same as a league match. Whether you’re betting on a cup match or a league match, bets on markets such as the Match Winner, Correct Score, First Goalscorer, and Over/Under 2.5 Goals all apply only to the 90 minutes of a match plus injury time. Extra time and penalties do not count.

The ‘To Qualify’ market is different. The winner of this market is the team who makes it through from a knockout match into the next round (or wins the cup in the case of finals). There is no option for a tie in To Qualify markets and therefore only two selections exist, but the odds available on the two teams won’t be as big as the Match Winner market.

Let’s take an example to illustrate. England agonisingly missed out on a place in the 2018 World Cup final after losing 2-1 to Croatia after extra time. Although Croatia were the winners of the To Qualify Market, the winning selection in the Match Winner market was the draw and the 1-1 was settled as the winner of the Correct Score Market.

As with many things in life and betting, as long as you know the rules this is all well and good. On the other hand, thinking you have won your 2-1 bet on Croatia only to find that not only have England bottled it but you have also lost your bet isn’t all well and good.

You’ll find that the odds for backing either team to win inside 90 minutes closely mirror the Match Winner market so it’s the other options that carry the biggest potential payouts. Some bookies offer the slightly less tricky options of backing the game to go to penalties or extra time but without specifying the winner.

In-play betting is incredibly popular with punters and the bookies want to ensure that there are still ample opportunities for their customers if and when a match goes beyond the 90 minute mark. They have a host of Extra Time Betting Markets ready to go live the moment a knockout match ends in a draw including Extra Time Winner, 1st Half of Extra Time Result, a host of Over/Under markets and even player markets such as Next Player to Score.