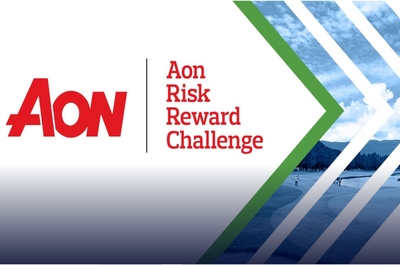 The concept of risk and reward is not confined to golf and has its origins in business and investing. It seeks to assess the ratio between the two factors to ascertain whether an investment or business is worth taking on.

Those that play or watch golf will be familiar with how the concept applies to the game. Golfers will factor in how much risk a shot entails and what the potential reward is when they are deciding what shot to play or which club to select. For example, a player may choose to opt for a three wood from the tee if the potential reward for taking the driver is not worth the additional risk, perhaps in a scenario where the fairway narrows significantly past 270 yards and even a drive of 320 still means the green cannot be reached in two shots.

Whilst it is likely that most golf fans will be familiar with the concept of risk and reward, the Risk Reward Challenge is far less well known. The Risk Reward Challenge is described as a “unique, season-long competition across the PGA TOUR and LPGA that highlights golf’s best strategic decision makers.” The winners take home the Aon Trophy and a very tidy $1m prize.

The challenge takes place over the course of the entire season and there are separate contests for men and women. The winners of both receive that same $1m payday, making this event one of just a small number of golfing contests that reward men and women equally. But how exactly does the Risk Reward Challenge work?

You can watch a short video about the Challenge which offers a little more detail or you can read on for the full lowdown below. The “full lowdown” is, in truth, quite basic as there really is not too much to say.

Basically every week on both the LPGA Tour and the PGA Tour, one particular hole is assigned as the Risk Reward Challenge hole. Only scores on that hole are relevant to the challenge and a player’s two best scores will count. The Challenge works in exactly the same way on both tours and is based on a player’s average score in relation to par.

So for example if the selected hole is a par 5 and a player makes the cut, thus playing all four rounds, they might score an eagle three in the first round, a birdie four in the second and third rounds and a par five in the fourth. Their two best scores would count, meaning that their scores of three and one of their scores of four contribute to their Risk Reward Challenge score. They are three under par for two holes and so their average to par is -1.5.

The following week, the designated hole might be a par five again but this time they may miss the cut. That means that their two scores from the only rounds they played contribute to the Challenge. If we imagine that they managed a par and a birdie, that means that overall they are four under par with their four qualifying scores, an average of -1.

As said, the competition lasts all season and irrespective of how many rounds or tournaments a player completes, the winner is the person whose overall average score in relation to par is the lowest. The Challenge is a relatively new addition to the sport but in 2019 Brooks Koepka and Jason Day finished joint first in the men’s version, with an average score of exactly -1. In 2020 the unheralded Canadian Nick Taylor finished top of the pile with a score of -0.963

Not all events feature on the Risk Reward Challenge but for those that do, the specific hole is named well in advance. Par fives dominate as they tend to offer the most choice in terms of strategy, although from time to time there are also par fours selected and, very rarely, par threes. In order to be eligible for the $1m top prize a player must complete at least 40 rounds at tournaments designated as part of the Challenge.

This can mean playing the whole tournament (four rounds) at 10 events, or, for the very unlucky, 20 tournaments where they missed the cut. Or it can be a combination, as long as there are 40 rounds played in total at eligible events.

The official PGA and LPGA sites offer information on upcoming holes that are set to be part of the Challenge and explain why they have been included. For example in 2021 the par-three 14th hole was chosen at the Amundi Evian Championship. It was noted that the hole could range from just 150 yards up to 226 yards and thus offer a very different challenge from one round to the next. With a scoring average of 3.11 it was clearly a tough hole.

The LPGA site explained that the major choice was “how aggressive to be off the tee. This is a hole where taking your par is not a bad decision. An overly aggressive tee shot can come back to bite players, with 112 bogeys or worse in 2019”. 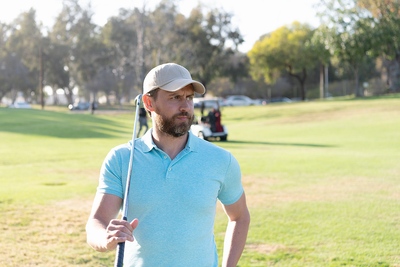 The Risk Reward Challenge is an interesting idea in theory but the fact that relatively few people have heard of it illustrates that it has not really captured the public’s imagination. Despite the huge $1m prize it is not of great interest to the players either, who view it as a nice bonus but do not spend extra hours plotting and planning how they will play the selected holes each week.

Two fairly obvious flaws with the scheme are that in general it just tends to further reward the best players. No matter how great your brain is and how perfectly you plan each hole, it is hard to overcome pure golfing brilliance. In addition, due to the dominance of par fives, especially in the men’s edition of this Challenge, long hitters generally have an advantage.

Much as the idea of the event is to make players think more about decisions such as laying up or going for the green in two, in reality, the bigger hitters tend to do better at par fives. A player like Koepka who hits the ball well over 300 yards is going to make more eagles than someone who averages 280 from the tee and this definitely gives them a key advantage when so many par fives are part of the Risk Reward Challenge.