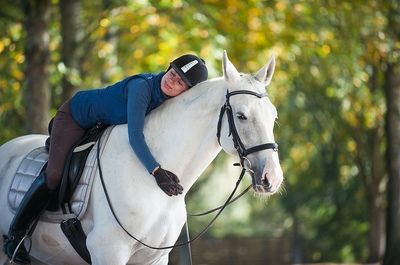 A wide range of contests come together to make up the wonderful world of horseracing, with the diversity of the sport adding considerably to its appeal. In terms of distance, we have everything from the full-throttle five-furlong sprint affairs of the flat, moving all the way up to the beauty and drama provided by the best staying chasers in the game. The class system meanwhile ensures that all abilities are catered for, from the lowly rated handicappers to the Grade 1 superstars, and everything in between.

Distance and class are not the only criteria when it comes to defining a race though, there are many others. Some – including the likes of novice, maiden and veteran – denote the experience and age of the horses themselves, whilst for others it is the status of the men and women in the saddle being referenced. And it is into this category to which the subject of this article falls, as we take a closer look at what exactly constitutes an Amateur race, including the rules surrounding them and just who is eligible to enter.

What Is An Amateur Race?

Simply put, an Amateur Race is a race in which only amateur jockeys can compete. Such events take place over the same distances and at the same courses as professional contests, are open to the same pool of horses, and might be run as either handicap or non-handicap affairs; the only stipulation is that the man or woman in the saddle must be an amateur.

But what exactly is an amateur rider in comparison to the other types of jockeys seen competing on a day-to-day basis?

In both British and Irish horse racing, jockeys fall into one of the three categories:

Note that whilst ability levels amongst amateur riders can vary widely, the second definition of the word, i.e. an individual who is incompetent or inept at a specified task, does not automatically apply. There have been many excellent amateur riders over the years, with no fewer than 41 such jockeys having come home in front in the Grand National, and many ultimately progressing to a career in the professional ranks.

Spotting an Amateur Jockey on a Racecard

One thing to note regarding amateur races and jockeys is that, whilst professional and apprentice/conditional riders are not eligible to compete in Amateur Races, amateur riders ARE allowed to take part in standard professional contests. Of course, when weighing up a race card it can be useful to know whether the man or woman in the saddle is an amateur or professional, and thankfully it’s very easy to tell one from the other.

Whereas professional and apprentice/conditional riders will be listed using only their initials and surname, e.g. A P McCoy, R L Moore, and so on, an amateur will always have their title included, e.g. Mr P W Mullins, Ms L O’Neill, Capt A Smith-Maxwell, and so on.

In certain amateur-only races, you may also notice a bracketed number following the name of the jockey, e.g. Capt J Sparrow (5). This number refers to the amount of weight in pounds that the rider may remove from the allocated weight in order to account for their relative inexperience. Very similar to the arrangement which permits apprentice/conditional riders to remove weight, this system also operates on a sliding scale as follows:

No doubt there will be a few armchair jockeys quite attracted by this amateur jockey business. However, for anyone planning on grabbing their jodhpurs and proving once and for all that they are in fact an excellent judge of pace and strong in a finish, it isn’t quite so easy as marching down to the nearest training establishment and offering your services. There are a few criteria that need to be met.

For the majority of amateur races, riders must be a member of the Amateur Jockeys Association (AJA), with the only exceptions being certain Hunter Chases and rare contests open only to military personnel. At a cost of £100 per year and offering various insurance perks, this first hurdle isn’t so difficult to negotiate. The next however is a little more challenging as, regardless of AJA membership or otherwise, what all riders must have in order to ride in any amateur race authorised by the British Horseracing Authority is an Amateur Riders Permit.

And in order to obtain such a permit, all applicants must attend a two-day training seminar and assessment course at either the British Racing School or National Horseracing College. With the likes of body position, schooling and jumping, tackling three hurdles at speed and safely jumping a horse from the stalls, it’s safe to say that not any Tom, Dick or Harry Dettori can turn up and be granted a permit, and that’s before we even mention the Fitness Test. It’s safe to say only the serious need apply!

For those who do meet the criteria, there are two types of Amateur Riders Permit in operation:

Whilst this fairly stringent and challenging criteria may well send those armchair jockeys back to the sofa at a rapid pace, for the more resolute this initial amateur route can be well worth considering. Both Ryan Moore and Richard Johnson began as amateur riders and having subsequently been crowned champion flat and national hunt jockeys respectively, they didn’t do too badly at all.

Amateur jockey contests feature relatively frequently throughout the racing year and come in a number of guises, including events only for lady riders and those just for the gents. Whatever form they take though, the majority of these races do tend to fall towards the lower end of the class scale.

There are however exceptions, with the following three contests, in particular, thrusting those amateur riders firmly into the spotlight at the huge Cheltenham Festival.