When watching horse racing through a TV screen, it is difficult to get a sense of just how quickly runners gallop down a course. Anyone at the racecourse itself can get a much better impression especially when standing close to the rail.  Still, as the exact speeds that horses reached are rarely discussed, it is worth asking the question: exactly how fast do horses run?

What Impacts a Race Horse’s Speed? 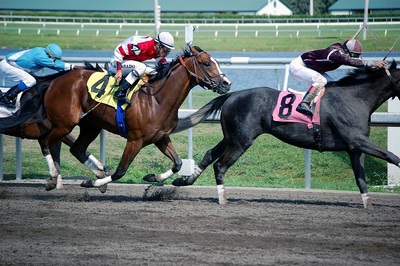 As is very much the case with humans, the quickest horse races (those featuring the highest average speed) are those classified as sprints. Human sprints are considerably shorter though as in horse racing, the minimum race distance (in Britain) stands at five furlongs, which is around 1km. Six furlongs is also considered a sprinting distance in the horse racing world but this is not true of seven furlongs.

A race that is five furlongs in length can be over in just under a minute, although a horse can not maintain their absolute maximum speed for that long. Generally, well-trained horses can go flat out for around 20 seconds, so very similar to that of a well-trained human athlete. Horses would, therefore, be at their very fastest over around two furlongs, but this would perhaps be less entertaining to watch. It is not as though they lose much speed racing for five/six furlongs either, as they only have to ease off just slightly, much like Olympic athletes in a 400m race.

We will look at how distance impacts speed more closely in a moment but first let us consider the other factors that influence how quickly a horse travels. There are several significant variables, one major one being ground conditions. The softer the ground, the slower a horse will run usually. So, for the best speeds, good to firm or the rarely seen ‘firm’ ground is best and these are typically available in the warmer months of the year. The configuration of the course can also have a big impact too. Many sprint courses are completely straight, meaning runners are not slowed by having to run around a bend.

For longer races, any course that is galloping in nature tends to produce the quickest times. Often featuring long straights and only one or two gradual bends, these courses allow runners to really stretch their legs. Do not forget that some courses come with uphill/downhill sections too. Epsom’s sprint course is quite famously downhill meaning it produces some of the best sprint times going.

Where horses are required to run a full circuit of a course, they will typically perform better on a course that is flat throughout, rather than one that is full of undulations. This is because the time gained on the downhill section is not as great as the time lost when going uphill. Other influences on speed include allocated weight, especially in handicap races, which can see horses lumbered with an extra 10 to 12 stone (or even more) to carry (including the jockey). Horses would run quicker without the jockeys, who must weigh at least 8st2lb in flat races, but it would create an awful amount of chaos.

How Much Does Distance Impact Speed? 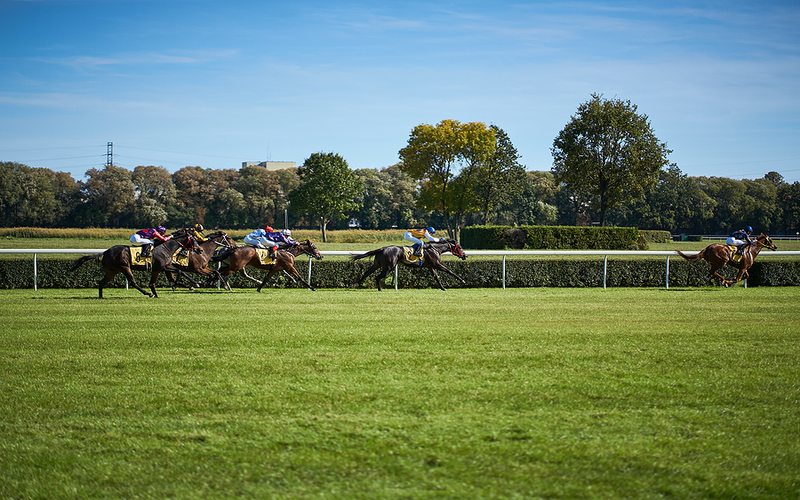 While sprints inarguably see the fastest speeds, horses hardly run at a relative snail’s pace over longer distances. To highlight this point, we looked at some winning flat racing times across various different distances. To try and keep comparisons as fair as possible, the below table includes times from races on the same day, on the same course and of a similar class.

When looking at completely separate courses, but keeping all other rules the same, the results were often very similar.

Here is another representative example, this time taken from results at Musselburgh.

So far we have focussed on flat races but it is also worth looking at how quick horses are in jumps races.

See an example below from three Class 1 steeplechases at the Cheltenham Festival (distances slightly rounded when just off a full furlong).

Unsurprisingly, the two-mile steeplechase was run considerably slower than the two-mile (16f) flat race at Musselburgh, despite the flat contest involving lower-quality horses.

One main reason for this is that jumping over obstacles slows horses down, even when taken as smoothly as possible.

Even jumping over shorter obstacles in the form of hurdles, slows horses down, as you can see from another representative example taken from Wetherby.

As these featured less able horses than the ones who attended the Cheltenham Festival, the speeds posted are considerably slower. Additionally, the going at Wetherby was softer too, which also would have contributed. In all our examples given, speed has always declined with distance. This will not be the case every single time, or close to it, but there is extremely strong correlation. Exceptions can easily occur as some races can simply be run slow compared to others.

This does not mean the quality of horses taking part was any lower, necessarily, only that the general pace happened to be relatively slow. For a large chunk of any longer distance races, it is common to see horses retain their position, meaning one or two runners can lead the way for a large portion of the race. In doing so they end up dictating the pace and this may be slower than what they could actually manage. This is often an intentional move by jockeys riding on horses that can finish strongly when not overly fatigued.

As mentioned before, Epsom has one of the fastest sprint courses in world racing and it is here where the world record five-furlong time was set. In the 2012 edition of the Epsom Dash, Stone Of Folca clocked a winning time of 53.69s, beating the race record set by Double Quick in 1995. Despite this world-beating attempt, Stone of Folca amounted to very little in his career, winning only one other race from 31 starts. His sole moment in the spotlight at Epsom though saw him average a speed of 41.9mph.

When looking at a more optimal (for speed purposes) distance of two furlongs, a horse by the name Winning Brew covered this in just 20.57s in 2008. This worked out at almost 44mph, so considerably quicker than Stone Of Folca’s record. This should not be seen as the maximum a thoroughbred racehorse can reach though, after all, Winning Brew was not regarded as a top sprinter, nor anything close to it.

If you take a world-renowned sprinter like Battaash however, then you get a better idea of what a horse is capable of. In the 2020 King George Stakes, this rapid horse clocked a top speed of 48.63mph, securing a fourth consecutive win in the race in the process. On that day, the bay gelding ran with 9st7lbs on his back but what might have he been capable of running free?

This, we will never know, but it is safe to say it would be very close, if not exceeding the 50mph mark for a top speed. This would be seen as the limit for thoroughbreds but although they have been long engineered for racing, they are not the quickest breed of horse around. This award is something that goes to the American Quarter horse.

If you are purely bothered about top speed, you need to be looking at American Quarter horses rather than thoroughbreds.

These are built for very short distances and would typically beat any other horse breed up to a distance of around a quarter of a mile, hence its name.

Over two furlongs, a Quarter Horse can hit a top speed of between 50 to 55mph, giving it the edge over any thoroughbred.

According to official records, the fastest speed recorded by a Quarter Horse came in 2005 when A Long Goodbye hit the 55mph mark.

How Fast Are Horses Compared To Other Species?

By being able to run short distances between 40-44mph, a thoroughbred race horse has a very similar top speed to that of a greyhound, albeit their acceleration is less impressive. A kangaroo would also give a horse a decent race over a short distance as the bouncing mammal can hit speeds of 44mph when in full flow.

To challenge a hare though, you would need the faster American Quarter Horse as the furry creatures can reach speeds of 50mph.

As for how humans would fare against horses, well even Usain Bolt in his prime would not stand a chance against even a sluggish thoroughbred. For a well-rated thoroughbred, they would reach the finish line while Bolt was only halfway down the course as they can cover 100m in around six seconds. For the very best in the business, five seconds would not be out of the question.

The only way Bolt would stand a chance is if he was on a bicycle and given a running start.

How Much Does Extra Weight Slow Horses Down? 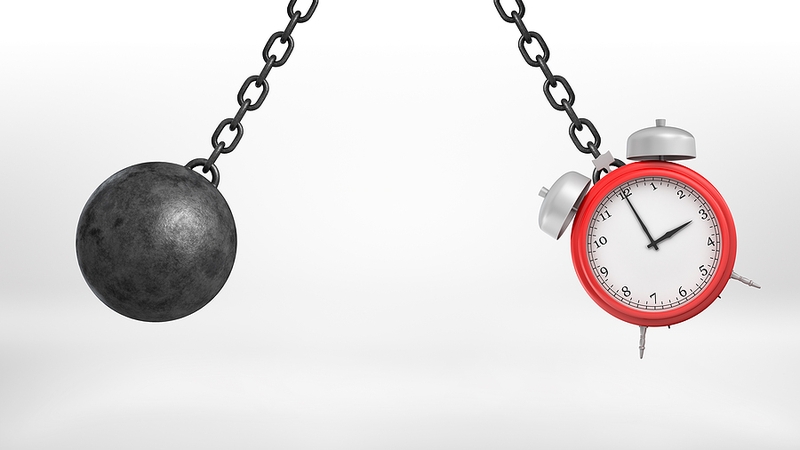 The premise for handicap races, which forms a lot of professional racing, is to level the playing field by giving additional weight to better runners. By looking at previous efforts, the handicappers should in theory create an even match-up, although in reality this does not happen for various reasons. Nevertheless, there is a system in place that will ‘punish’ good performances with extra weight next time out, and reduce weight when a horse appears to be in decline.

The British Horseracing Authority (BHA) has quite specific guidance for what weight is worth in relation to distance. Over a five-furlong sprint, they would normally state that 3.4lbs is worth a length. So, if Horse A beats Horse B by a length, then in theory, if you give Horse A 3.4lbs extra next time, it should be a draw. The longer the distance, the more the weight per length decreases as horses are under extra strain for a longer period. For a 20f flat race, it would be normal for just one pound to be worth one length.

The downward trend continues as you head into jumps racing with its longer races. An 18f contest might start off at one pound per length but by 34f you could be looking at just 0.7 pounds per length. Using BHA guidance, say a hefty 10lbs was added to a horse ahead of an 8.5-furlong race, this should be the equivalent of 20 lengths. A length itself is around 2.5m so in total this would mean a 50m disadvantage. If running at an average speed of 37mph, it would take it three seconds to cover this distance so it will have a significant impact on their overall time, albeit not one that cannot be overcome.