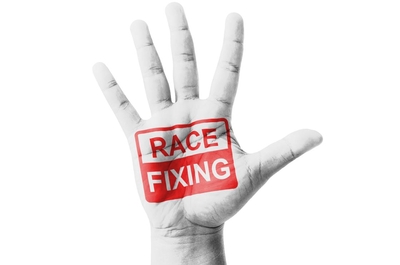 Whenever the twin forces of competitive sport and gambling combine, the allegations of fixing and corruption never seem to be too far behind. And so it is with horse racing, with the sport of kings providing fertile ground for tales of skulduggery almost throughout its lifetime.

But how much truth is there behind these tales? And is it fair to suggest that, in general terms, horse racing is fixed?

Here, we take a look at a handful of the more infamous reputation-tarnishing incidents from the history of horse racing; from tales of switching racehorses in the distant (and not so distant) past to the more unsavoury doping allegations which have made the news in more recent times. Whilst the existence of such incidents can’t be ignored, we also outline why they should not lead to the conclusion that racing as a whole is fixed.

In years gone by the most common way in which morally questionable individuals attempted to get one over on the bookmakers was through the process of using a ringer, i.e. running a more talented horse in place of another. All that is needed to set the wheels of this particular swindle in motion are runners who are remarkably similar in appearance, but of markedly differing ability. Simple to devise, this con has been attempted on many occasions in racing’s past, in both low-key and high-profile contests. 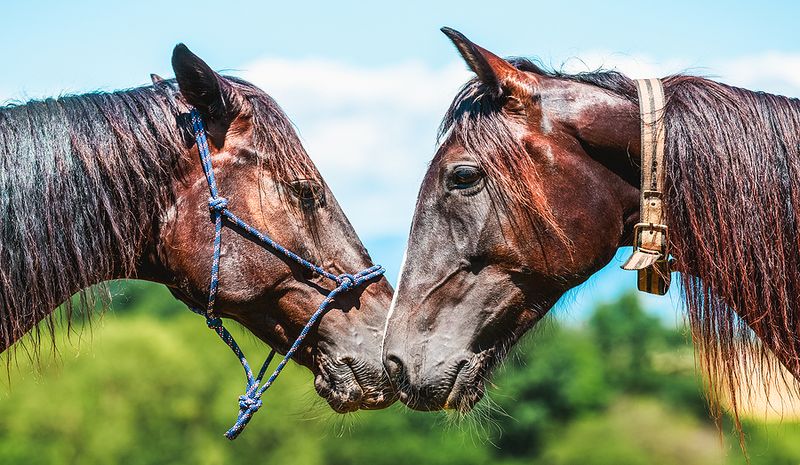 One of the earliest examples of this nefarious practice came on just about the biggest stage of all, in the 1844 Derby won by Running Rein. Except it wasn’t the three year old Running Rein who came home in front at all that day, but rather a four year old lookalike going by the name of Maccabeus. Being a year older and physically stronger than the rest of the field, Running Rein (Maccabeus) duly hacked up, but not without suspicion, and following a subsequent investigation, the race was awarded to the second-place finisher, Orlando, and all involved were duly reprimanded.

The uncovering of the Running Rein scandal seemingly hasn’t been enough to deter racehorse owners and trainers attempting to repeat the trick over the years, with the most notorious attempt in the 20th century coming with the infamous Gay Future plot of 1974. The brainchild of an Irish syndicate, the plan entitled “Operation Crock of Gold” consisted of two very similar-looking chestnut horses, one of whom was almost devoid of ability, whilst the other had a fair amount of talent. You can probably see where this is going. 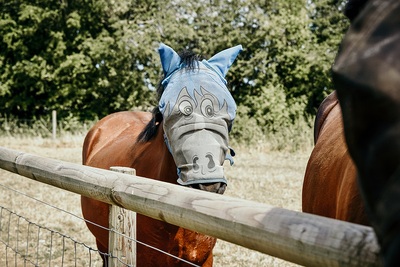 Running under the name of Gay Future, the slow horse was sent to an obscure English trainer by the name of Tony Collins, for whom he compiled form figures befitting his ability. Given that poor form, Gay Future understandably wasn’t much fancied when sent to Cartmel on the August Bank Holiday Monday in 1974. However, little did the bookmakers – or the betting public – know that on the way to Cartmel, Gay Future was switched with his much faster doppelganger who, whilst Gay Future had been plodding around the British tracks, had been trained to a tee at a top Irish yard.

Suffice it to say the horse who lined up for that 4:20 race at the quaint Cumbrian venue all those years ago was no 10/1 shot. That was the price available though, and team Crock of Gold duly piled on up and down the country and back home in Ireland. To mask their intentions, a large number of these bets were placed in doubles and trebles with another two runners from the Tony Collins yard. What the swindlers knew that the bookies didn’t though was that these other two runners were certain non-runners, so certain that they didn’t even leave the comfort of their box on the day of the race. And so the stage was set for a potentially almighty coup.

“Gay Future” did his bit well enough, scooting home by 15 lengths, but the plan began to unravel when it was discovered – via a phone-call to a member of staff at the yard – that the two non-runners in the doubles and trebles had never left the yard. A court case ensued, with resulting fines and bans for all involved.

The two tales discussed are just about the most famous examples of the “ringer” scam, and will no doubt serve as fuel for those beating the “racing is corrupt” drum. However, the fact that we can count such headline-making incidences on the fingers of one hand – despite the many hundreds of thousands of races to have been run over the years – does suggest that this sort of scam is rare.

The Modern Era: Enter The Exchanges 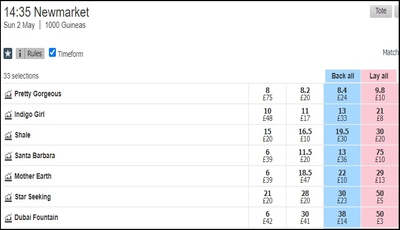 The major innovation of the modern betting environment has been the explosion of betting exchanges. For those unfamiliar with this betting product, an exchange allows punters to both back a horse to win in the traditional manner, and to lay a horse in much the same way as a bookmaker does.

With the act of laying a horse effectively being the same as backing a said horse to lose, this has predictably opened the door to a whole new approach to the horse racing swindle. It is far easier, after all, to arrange for a horse to lose a race, rather than go to all that hassle of setting up a situation to ensure that a horse wins. Or so the theory goes. But has this played out in practice?

Unfortunately, it has, at least on occasion, again with two cases immediately springing to mind. 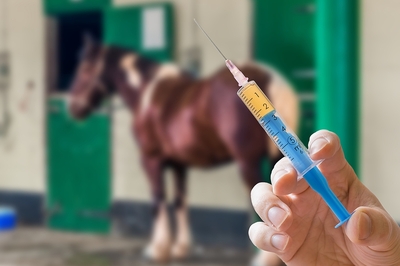 The first major incident of alleged race-fixing following the advent of the exchanges came in 2004 with the arrest of big-name jockey Kieren Fallon who, along with several others, was charged with attempting to defraud Betfair customers. The allegation here was a relatively simple one, in that all involved knew that the horses in question would deliberately lose, allowing the scammers a guaranteed profit by laying said runners on the betting exchanges.

Over 80 suspicious races were brought under the microscope in total in an investigation which cast a large shadow over the sport. It must be noted here that following a 2007 trial, the case against all the defendant’s was dismissed due to a lack of evidence, but there is no doubt the whole affair was greatly detrimental to racing’s image, shining a light on the potential dangers posed by dishonest trainers or jockeys.

Our second example comes from much more recent times. Anyone following the racing news in the early part of 2021 would have seen that the subject of fixed horse races once again reared its ugly head, and in a rather unsavoury manner too, thanks to the doping allegations levelled at the Charles Byrnes yard over in Ireland. The full fallout of this incident has yet to be determined at the time of writing but the accusations are concerned with the doping of a horse by the name of Viking Hoard with a sedative, thus ensuring it had no chance of winning. Exactly who it was who doped the horse remains an unproven mystery, but Byrnes has been handed a six-month ban pending further investigations. A rotten approach to racing, which undoubtedly leaves a bad taste in the mouth of even the most ardent of racing fan.

So Is Racing Fixed? 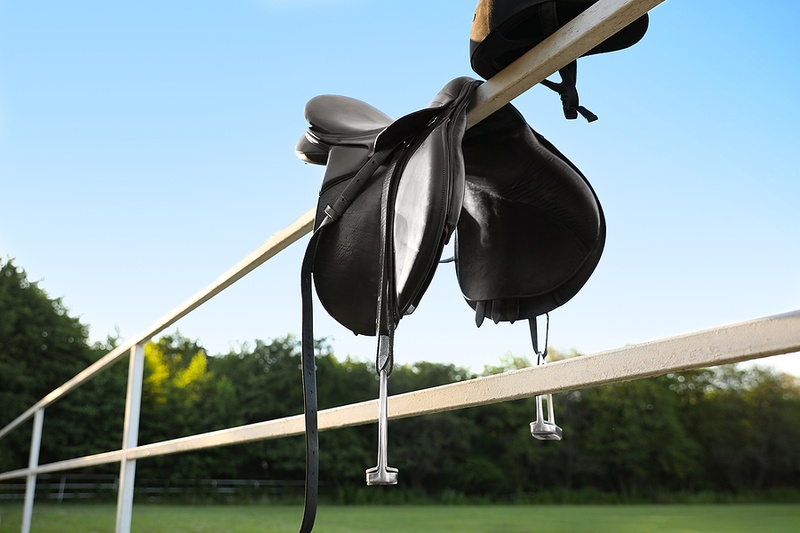 The stories of fixes outlined above are undoubtedly disappointing for racing fans, but the key thing to take away from this piece, in our view, is just how rare these incidents are relative to the monumental number of races held each year. The second important aspect to note is that the incidences were all uncovered, and the culprits brought to justice.

But what about the growth of the exchanges? Won’t the corrupt laying of horses only increase? We would argue strongly against this view. Firstly, the events in the early 2000s have led to a real tightening up of the policing of the sport, and secondly, whilst exchanges do allow individuals to lay horses, they do not allow them to do so anonymously. Arguably the sport has never benefitted more from such a clear audit trail tracing back to the culprits.

It is in both racing and the exchanges’ interest that the sport is clean and it is worth remembering that in the 2004 case, it was the leading betting exchange who first alerted the racing authorities to the suspicious races. To our mind, the racing and betting worlds seem to be coming together to root out and deal with the very small number of underhand dealings which do exist in the sport.

To conclude, we would suggest that the answer to the question “Is racing fixed?” is a pretty strong “no”, at least not in around 9,999 out of 10,000 races run. And in that regard, racing appears to be as clean as the majority of other sports.

Football gets relatively little flak compared to racing, but it has been the victim of Asian betting syndicates arranging to have the floodlights switched off should the results not be going their way, the Bruce Grobbelaar controversy, and the infamous Juventus referee bribing scandal to name just a few, whilst snooker and tennis have both made the headlines due to players deliberately throwing matches in recent years.

Cycling, athletics, the fixing of the World Series of Baseball, the list goes on. As with racing, these tales of corruption make a lot of noise when they occur, but they occur so infrequently that they shouldn’t detract from our enjoyment of the sports in question, be that as a viewer or a punter.