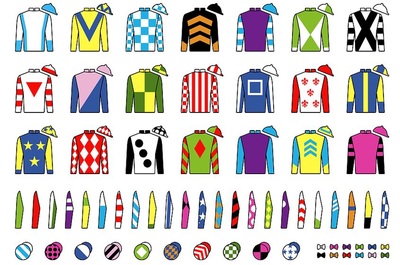 There are many wonderful sights associated with a day at the races, from the picturesque venues to the beautiful beasts themselves, and on to the ladies and gents in their finery at the biggest meetings of the year. And not forgetting of course all those queues of eager punters waiting to collect their winnings from the bookmakers (sometimes).

As visually pleasing as all of the above are, there is one aspect of racing that perhaps puts them all in the shade, at least if we are to use vibrancy and variety of colour as our measure. For in and amongst all the greenery of the course, and the greys, chestnuts and browns of the horses, we find regular flashes of reds, blues, pinks and purples, stripes, spots, hoops and more. No, we are not referring to the frocks on show on Ladies Day, but rather to the outfits sported by those diminutive folk in the saddle – the jockeys.

But why are the riders so vividly attired? Here we take a look at the origins of these outfits known as jockeys’ silks, the purpose they serve, regulations concerning their registration, and just how bright and colourful they are permitted to be.

What is the Purpose of Jockeys’ Silks? 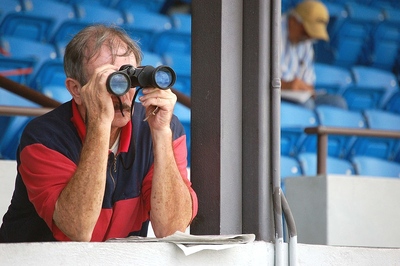 Simply put, a jockey’s silks – also known as “racing colours” or “racing silks” – consist of a silk coat and cap, with the colours of the garments representing the owner of the horse. The colour and pattern combination of each set of silks must be unique so that they be identified as belonging to their owner and their owner alone.

Brightening up the spectacle of a race day is a noble aim in and of itself, whilst the ability to associate a horse with a particular owner no doubt adds greatly to the pride and overall experience of ownership. Racing silks do however also serve the more functional purpose of enabling race watchers, punters and commentators to quickly and easily distinguish between runners.

Imagine for instance that all of the jockeys were clad in white. Keeping track of the beast carrying your cash during a race would be no easy task, whilst the job of the racecourse commentator would be rendered all but impossible. 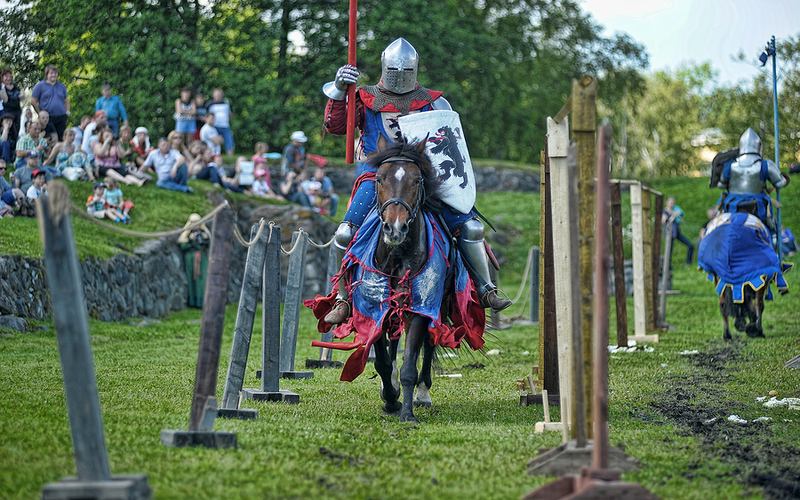 The tradition of mounted riders distinguishing themselves harks all the way back to the days of medieval jousting, and the related tradition of wearing colours to identify which side you were fighting for in battle. In other words, they helped armed horsemen determine who to kill and who not to kill. Thankfully things are a little more civilised these days! Interestingly though, many of these early heraldic emblems do still feature in modern silk design, with the likes of the sash, diabolo and chevron all boasting medieval roots.

Whilst horsemen continued to wear identifying garments throughout the centuries – often related to the colours of their house or coat of arms – it wasn’t until the 18th century that such outfits began to be seen at racing events. First appearing in England in around 1760, the early purposes of these racing colours were to distinguish between runners and prevent disputes concerning the result of races.

Founded in 1750, the Jockey Club soon began to formalise and regulate the use of jockey silks; keeping a record of which colours were registered to whom and ensuring there was no duplication. And this is a role that the sport’s organisers continues to fulfil to this day, with the regulation of jockeys’ silks now falling under the remit of the British Horse Racing Authority (BHA) in the UK and Horse Racing Ireland (HRI) over in Ireland. 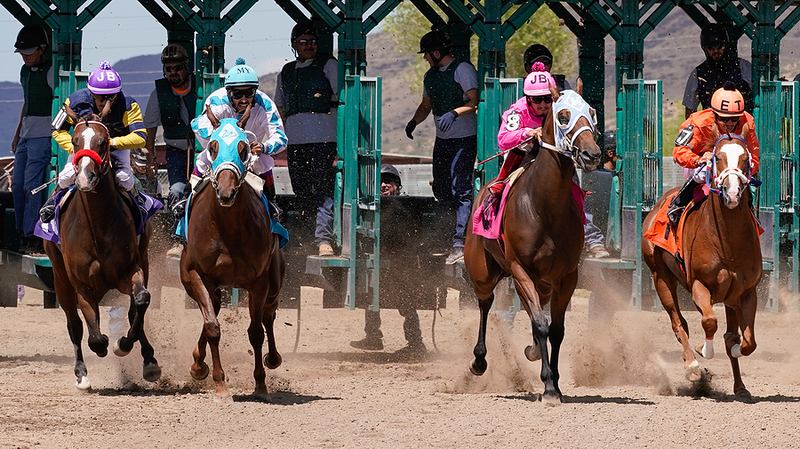 Prior to entering a horse to run in any race, owners must have previously submitted, received approval for, and registered their “racing colours” with the Racing Calendar Office. No owner will be permitted to enter any of their horses in any race until this task has been completed.

A horse must then run in the registered colours of their owner. Some owners do however have several horses – sometimes running into the 100’s for the most powerful operations – which leads to the possibility of a single owner running two or more horses in the same race. This does pose a potential problem due to a rule which states that two runners may not wear exactly the same silks during a race.

To circumvent this issue, owners with large strings simply register more than one set of racing colours in their name, using one set as their main or “first” colours, and the others as back-ups to be used as and when required. In many cases, an owner’s second, third, fourth, and even fifth silks will vary only slightly from their main colours, often featuring the exact same jacket but a different coloured hat.

As mentioned, all proposed racing silks must first receive approval from the BHA or HRI before they can be registered and used in a race. In granting this approval, the governing bodies will consider issues of appropriateness, as well as similarities with existing silks already registered either here in the UK and Ireland, or in other racing jurisdictions around the world.

So, for those looking to register a jockey’s silks in their name, what are the options? Prior to 1970, the rules were fairly relaxed in terms of design, but after this year the restrictions were tightened a little to include only a predetermined selection of colour and pattern combinations. 2017 then marked a relaxation of the guidelines, and these days the prospective silk owner has three main options available: standard, bespoke and vintage. 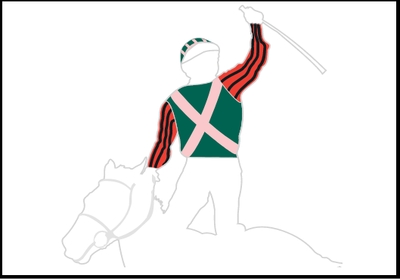 In terms of design choices, the standard option provides three areas for which colour and pattern combinations may be selected – the jacket, sleeves and the cap. A choice of 18 colours is available for each of these sections, with 25 pattern options for the jacket, 12 for the sleeve and 10 for the hat. Available patterns range from the fairly standard, stripes, hoops, and spots, to chevrons, cross belts and quarters, and on to the slightly more exotic hollow box, Cross of Lorraine and Diabolo.

Now, that may not sound like too many choices, but as ever the law of permutations quickly adds up to produce over 17 million individually unique silks when all of the various jacket/sleeve/hat and pattern/colours combinations are totted up – easily enough to cater for the number of new owners coming into the sport.

The cost of registration for a standard set of silks comes in at a very reasonable £69.30 per year, and for those wishing to have a go at designing their own, a handy feature available at the BHA site enables you to do just that.

Initially only introduced as a trial in 2017, the bespoke silks option has now been added on a permanent basis. This almost freestyle choice enables owners to submit silk proposals that do not need to adhere to the restrictions of the standard option and can, in theory, be almost any design of the owner’s choosing – bearing in mind of course that all designs must still be approved for use by the BHA.

This greater degree of artistic freedom does however come at a price, with the cost of registering a bespoke design coming in at £5000 plus VAT. It has nevertheless proved to be a welcome addition to the world of racing silks, already producing the dartboard silks of the Withernsea Thoroughbred, the Black Labrador, complete with pawprints, of the “Two Black Labs” partnership and more besides. And still being a relatively new initiative, we will no doubt see all manner of weird and wacky designs gracing the tracks in the coming years. 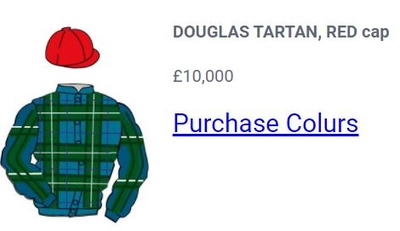 And finally, we have the Vintage silks option.

Rather than providing the opportunity to design and register their own, owners can purchase the rights to an already existing set of silks from a fellow owner who no longer requires their use.

Prices in this instance will obviously be set by the individual sellers, but tend to be in the region of £1200 to £8000.

All silks for sale will have been registered for at least 5 years.

With thousands of different owners, both currently in the sport, and having passed through it over the years, it can be tough to keep up with the kaleidoscopic array of silks on display. There are however several owners whose silks do immediately stand out from the crowd, be that due to longevity within the sport, association with famous racehorses or some combination of the two. To conclude our journey through this area of racing attire, we take a look at a selection of the most famous racing colours in the game.

One of the highest-profile supporters of the sport in the world, Her Majesty The Queen has enjoyed a close association with racing throughout her monarchy, regularly sending out runners both on the flat and over jumps. A royal winner always tends to be well received by the crowd, particularly at the bigger meetings of the year.

Irish billionaire businessman John Patrick McManus is the man responsible for perhaps the most instantly recognisable silks in the National Hunt game. Legends such as Istabraq, Buveur D’air and Synchronised have all sported the famous Green and Gold over the years, whilst all-time greatest jumps jockey Sir AP McCoy was McManus’s retained rider for much of his career.

Faugheen “The Machine”, Douvan “The Aeroplane”, Vautour, Annie Power …. all famous for success at the Cheltenham Festival – and all enjoying their finest hours in the bright colours of the brilliantly named millionaire banker Rich Ricci, and his wife Susannah. One of the biggest supporters of National Hunt racing in the 21st century, no doubt the American duo have a few more stars ready to roll off the conveyor belt.

A huge owner-breeder operation, the vast majority of the Gigginstown House Stud runners are trained in Ireland and include a number of the most famous jumps stars of recent years. Topping the bill of course is a horse so close to the public’s heart, the multiple Cheltenham Festival winner and two-time Grand National Hero, Tiger Roll.

Forever associated with Prince Khalid bin Abdullah – the now-deceased member of the Saudi Royal Family who owned the operation – Juddmonte Farms have enjoyed huge success on both sides of the Atlantic, with the likes of Arrogate, Dancing Brave and of course, the greatest of them all, Frankel, all displaying their brilliance in the famous silks.

The blue and white silks of the owner-breeder operation owned by Sheikh Hamdan Al Maktoum have been a familiar sight on British racecourses for decades now. Successful on 12 occasions in British Classics with the likes of Nashwan and Taghrooda, and responsible for sprint superstar Battaash, Sheikh Hamdan sadly passed away in 2021 but Shadwell continues as part of his considerable legacy.

Named in honour of the Godolphin Arabian – one of the foundation stallions of the entire sport – this hugely powerful and influential operation is owned by the Dubai-based Maktoum family. A familiar sight in top-class events not only in Britain but all around the world, famous names to have carried the Royal Blue include Dubai Millennium, Dubawi, Fantastic Light and Thunder Snow.

There are many silks associated with the famous Irish owner-breeder operation – and Godolphin’s major rival – Ballydoyle, but perhaps the most famous is the all-navy ensemble of Magnier, Smith and Tabor. Many superstars have been sighted in the dark silks over the years, including the likes of Winter, Rip Van Winkle and Caravaggio, and of course the horse who went on to dominate the breeding world, Galileo, who stormed to glory in the navy blue in the 2001 Epsom Derby.