While this one seems pretty obvious, there’s actually much more to it than first meets the eye.

The overt difference is clearly that flat races are run on a level racecourse without obstacles. On the other hand, jumps racing, which is also known as National Hunt as a reference to its origins, features fences or hurdles for the runners to overcome.

While some horses will transition between flat and jump races, the best horses will almost always specialise in one or the other. So, what are the obvious and less obvious differences between the two major types of thoroughbred racing? 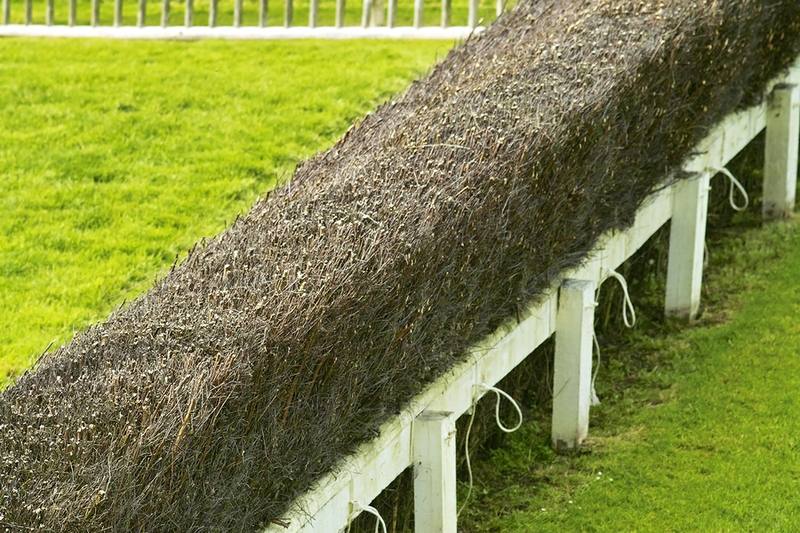 To start with the glaringly obvious, in National Hunt racing, horses will be faced with either hurdles or steeplechase fences. Hurdles are smaller and less solid than fences, making them easier and safer to jump and therefore better suited to younger and less experienced runners.

Hurdles are usually made from flexible wood and brush, measuring at least three and a half feet in height. The top layer of a hurdle is designed to fall should the horse fail to completely clear it, reducing the risk for both the horse and rider and minimising injuries. The best hurdlers will have a low, efficient jumping technique where they lose as little momentum as possible, in a similar way to hurdle races seen in athletics.

Many jump horses will progress from hurdles to fences as they get older and more experienced. These fences are at least four and a half feet tall, made of a mixture of birch and spruce and are often denser than hurdles. In some steeplechases, there will be a ditch or water in front of the fence, adding to the difficulty and increasing the skill level required by the runners.

To complicate matters, there are some races on what are known as cross country courses which involve a variety of obstacles. They are more common in Europe than in the UK but can be seen at both Punchestown and Cheltenham. Multiple Grand National winner Tiger Roll has also won Cheltenham’s Glenfarclas Cross Country Chase on more than one occasion.

One interesting anomaly to bear in mind is that of ‘bumpers’, which are National Hunt flat races. They are run within the rules of jump racing but without the jumps. They are designed for horses who have not previously run on flat to experience racing, and every contestant in a bumper will be making their flat racing debut. The origins of the name are disputed, but one theory is that only amateur riders were originally allowed to compete in these races, and their lack of experience meant that a lot of horses would bump into each other. 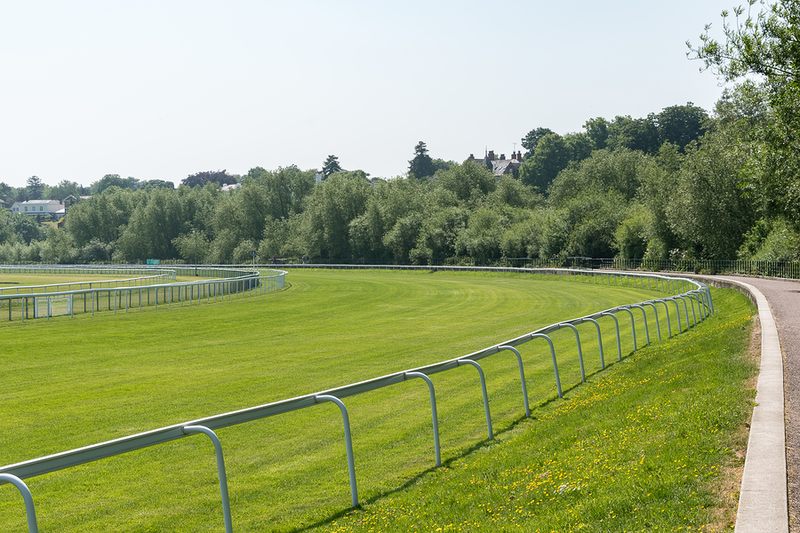 If you bring jumps into the equation, the minimum distance runners will have to cover is just under two miles, while the longest is the Grand National. The distance for the Aintree marathon has decreased slightly in recent years from four and a half miles to four miles two furlongs, but is still comfortably the UK’s longest race.

The shorter distances in flat racing increase the emphasis on a good start and good running position, with horses who get trapped between other runners often punished. There is naturally more emphasis on speed, especially over the shorter distances, and the draw comes into things too. Occasionally horses having a real advantage by being drawn on one side of the track or another. 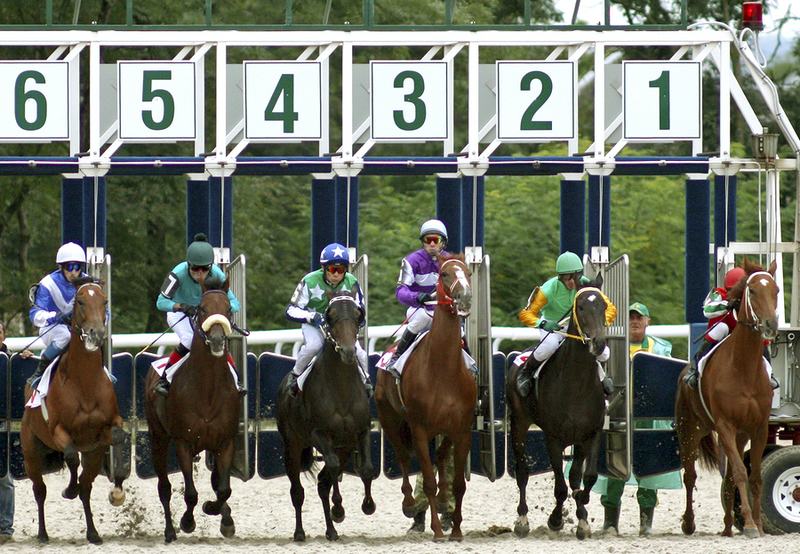 Getting off to a good start is important in any race, but far less so in National Hunt than the shorter flat contests. It is for this reason that different types of races will start in different ways.

Nearly all flat races use metal-framed Starting Stalls, which protect the horses using padding on the inside of the frames. These ensure starts are as fair and even as possible, but also creates a new factor to consider when choosing a horse.

The draw simply refers to the number stall a runner will start its race from. It is normally chosen at random on the day each horse is declared to run, with draw one being the stall furthest to the left and the number increasing as you get further right.

Therefore, on left-handed tracks the lowest draws get the best chance of the inside rail so are usually, though by no means always, better placed to run a good race. This is especially significant in shorter races, or those with more dramatic bends, so it is important to consider the draw when picking your winner.

For example, Chester racecourse is famous for what is known as draw bias. It is the smallest course in the country, and the horses are turning for most of the race. One statistic shows that 63% of winners over five furlongs were drawn in the first three stalls, and another shows that the last 180 horses drawn in stall 11 or higher have all failed to win.

Jumps races and bumpers don’t use the stalls and instead operate a flip start, where an elastic tape is stretched along the start line. Jockeys will circle their horse until the starter calls them in, at which point they walk over to the tape. The tape is then released, signifying the beginning of the race. This more casual approach highlights how much less important the start is considered to be in jump racing, simply because horses invariably have plenty of time to get into a good position and catch up. 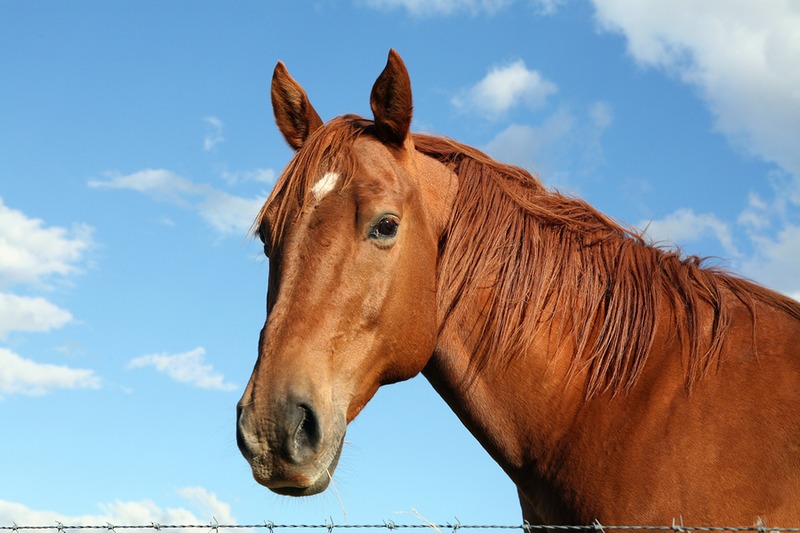 The flat generally sees much younger runners than the jumps. Sprints often contain juveniles (those racing at two years old) and many of the better horses will retire at just three or four to be sent to stud. This is a reflection of both the high market value of well-bred flat horses and of the advantage younger horses tend to have in flat races.

Some horses may continue until the ages of six, seven or even eight, but these are most commonly geldings. Horses are only gelded (castrated) in order to calm their temperament or because they are not seen as being of any value in terms of breeding.

Most National Hunt runners don’t reach their peak until between the ages of seven and 10, reflecting the additional experience largely considered necessary in jump racing. Horses have been known to continue winning into their teens, with Sonny Summer’s two 1980 wins at the age of 18 making him the UK’s oldest winner. The emphasis on stamina and experience over pure speed is a big factor in the age difference between the two types of racing.

When it comes to gambling, this can mean that jump racing can be easier to study as horses have been about for much longer and therefore have raced more often, so there are more races in the form book to study and punters can have a better idea of the quality of the horse. However, on the other side of the coin, there are more variables in jump racing that must be taken into account, with falls often throwing the form book out the window. 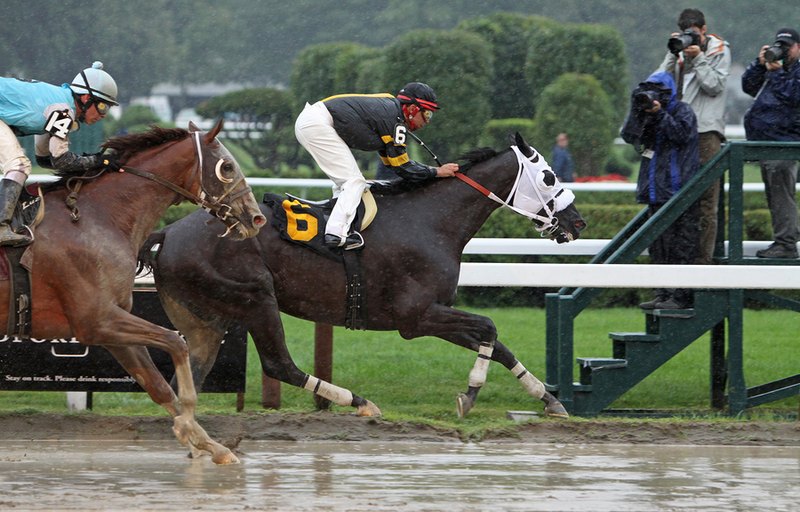 The introduction of all-weather tracks enables both types of racing to take place all through the year. However, traditionally National Hunt races occur during the winter months and the flat season is during the summer, as the softer ground of winter is kinder to jumping horses.

The jump season starts at the beginning of October, with many considering Aintree’s Old Roan Chase to signify the commencement of another term. At the other end of the season many state that the Gold Cup at the Cheltenham Festival is the big closing race as at the point the flat season is just around the corner. Whilst there are still a number of decent jumps meetings after Cheltenham, the National Hunt season culminates in some ways with its two biggest meets – the Aintree Grand National and the Cheltenham Gold Cup weekend.

The flat season is usually kicked off by the Lincoln Handicap at Doncaster in late March or early April, continuing until the Doncaster November Handicap, although it is said British Champions Day at Ascot marks the end of the major racing calendar.

So Which Is Better? 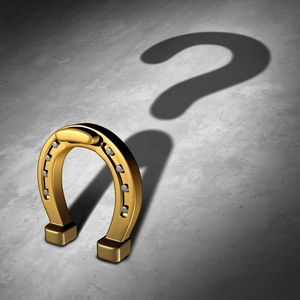 Jumps or flat racing: which is better? This is an age-old question that many race fans still debate, and it all comes down to preference. Some punters love the action on the level whilst others just live for the Cheltenham Festival, whilst many racing fans enjoy both in more or less equal measure.

The summer weather associated with flat racing helps give it a reputation as more of an event, with the likes of Royal Ascot and Glorious Goodwood springing to mind. These are key dates in “the season” and big social and networking occasions for many. In contrast, winter (NH) racing is associated with tweed jackets and ‘the real gamblers’, looking to capitalise on their knowledge of the form and more interesting betting.

The longer careers that jumps horses can have cater to more interesting storylines. Jump racing allows for celebrity horses who will race over many years and build up a following and reputation, even rivalries. One example is Kauto Star who ran in the Cheltenham Gold Cup six times, winning it in 2007 and 2009, with his stablemate Denman winning the 2008 edition. The competition between Denman and Kauto Star over the course of a number of years was eagerly anticipated by race fans and is a storyline that could never happen in flat racing.

The fences in jump racing can make each race more unpredictable and exciting, but it can also be more dangerous for both the horse and jockey. National Hunt courses account for around 85% of horse fatalities and despite steps to make racing safer this remains a key issue for the sport.

You’ll find that jump trainers are more inclined to talk freely about their horses, which can be useful for punters looking for any edge they can find. This is because flat runners will usually be bred and speaking of any irregularities can damage the value of their colts. The likes of Paul Nicholls, one of jump racing’s most successful trainers, is famed for extensive interviews and friendliness to the media, unlike some of flat racing’s older guard such as Aiden O’Brien or Sir Michael Stoute.

Finally, jump racing has a pinnacle, a crème de la crème – the Cheltenham Gold Cup. This is considered by many to be the sign of the best horse over fences in the world for the year, and flat racing simply doesn’t have anything as clear cut as that. There are the five UK classics but these all represent a very different challenge, with none standing alone. The King George, Breeders’ Cup, and the Arc could all stake valid claims to be flat racing’s equivalent of the Cheltenham showpiece but there’s no hiding from the importance of the Gold Cup.