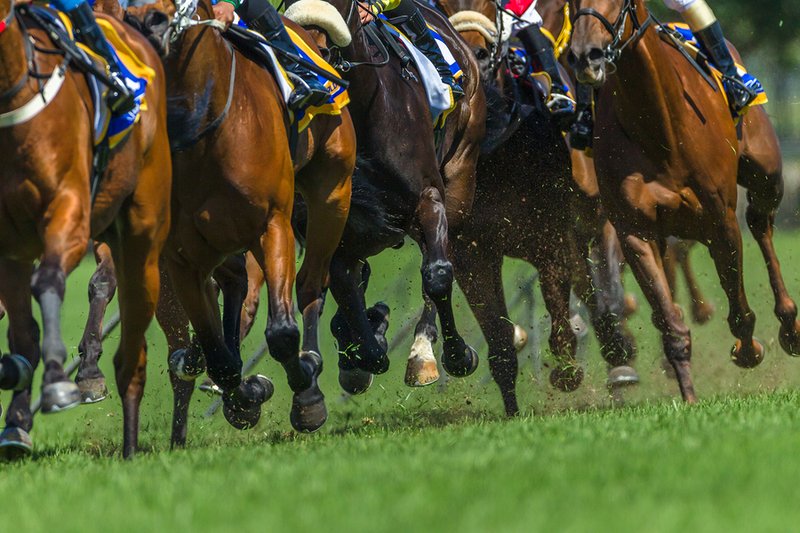 There are many factors to consider when studying a race card to find that illusive winner. While many hobbyists get drawn into the funny names and the colour of the jockey’s silks, those more knowledgeable will carefully study the form – but it is also important to consider the other information on the race card, such as the weight, the age and the going.

The conditions of the ground underfoot at a racecourse is known as ‘the going’ and it’s a term you will hear a lot in UK racing (although it is known as track condition in the US and track rating in Australia). It is measured by the clerk of the course and is determined by the level of moisture in the ground.

Different horses prefer different ground conditions, and so the going reports are essential for both the trainer and the gambler when analysing a runner’s chance in a race. Many horses will be specialists on a particular going whereas others will be more adaptable to different conditions.

The going is also important for the welfare of the horse and the jockey, exemplified by the gradual reduction in the number of races being contested on very hard ground as it is seen to be detrimental to the horse’s health, particularly its joints. In the UK, Bath racecourse has built a reputation as one of the few places where hard ground will be used as it’s on high ground and groundsmen struggle to water the track, meaning it appeals to fast-track specialists who can handle road-like conditions. 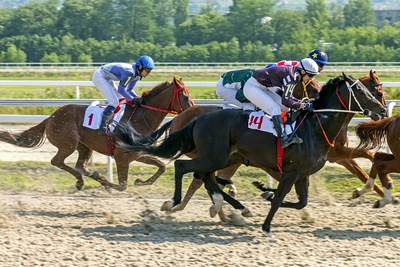 This piece will focus on the going at turf tracks, which are the most traditional type of course and are used to host most major races in the UK and Europe. However, it is worth noting that around the world different types of tracks are used, such as dirt tracks, which are usually a combination of sand and mud.

The mixture generally reflects the environment in which they were built, so dirt tracks in the US tend to be more mud-heavy and tracks in the Arab nations, for example, tend to be more sand-heavy. There are also synthetic surfaces which are increasing in credibility, particularly in countries with unpredictable weather.

Known as all-weather tracks in the UK and Ireland (in reality they aren’t quite impervious to weather extremes but they certainly do a much better job than their natural counterparts at standing up to heavy rain or very cold conditions), they allow races to be held throughout the year.

They are also slightly safer, with an average of 118 deaths per 100,000 races on synthetic tracks, compared to 122 on turf and 178 on dirt. In the UK and Ireland, the most common type of synthetic track is a Polytrack, which is a mix between sand and recycled fibres and can be seen in Kempton and Dundalk, for example.

The variation between course conditions on turf tracks is naturally greater than that between dirt and synthetic tracks as that surface is more susceptible to the weather. In Europe, this is often considered part of the fun, as for a punter there is more of a challenge to solve and outsiders are considerably more likely to cause an upset.

In contrast, in North America, dirt tracks are favoured by most as they are seen as more predictable and reliable, with more significance placed on previous race times than here in the UK. It’s therefore important to look at the track type, particularly if you’re betting on foreign races. 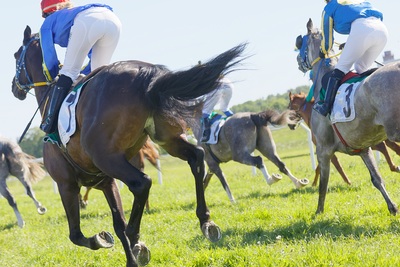 Turf is the most common type of track in Europe and other temperate climates so it is the focus for this piece. With a good balance of rain and sun, it can be the ideal surface for horses to run on, with a cushioned surface for landing and optimal frictional properties for quick speed.

Turf conditions are directly related to the type of racing on show, with the firm ground seen in summer and softer ground in winter defining the flat and jump racing seasons since horse racing began.

The firmer ground during the summer leads to quicker times, while the winter’s softer ground is ideal for hurdlers and steeplechasers who benefit from a softer landing when they jump.

The Different Types of Going

How is it Measured? 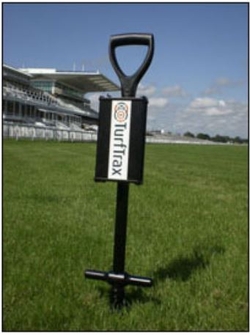 The “Going Stick”, or penetrometer, was made mandatory for all British racecourses in January 2009 and is the tool utilised by the course clerk to determine the going for each race day. It was “invented” by Cranfield University and TurfTrax, who spent around five years finding the best tool to create a fixed, measurable way of testing the going.

At the start of 2009 it became a requirement of the Rules of Racing that any track governed by the British Horseracing Authority must provide a reading at the declaration stage for all fixtures. A further reading is taken on the day of the meeting and the Clerk of the course makes these public in their official description of the ground.

As said, the courses themselves publish information on the ground and you can also get details of the going from a variety of other sources, including the gambling site or shop you are using as well as a number of different websites.

What Does This all Mean for me? 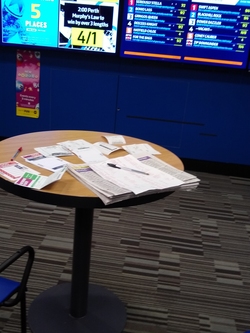 The going can and does have a drastic impact on the result of a race. A horse’s owner and trainer may withdraw their horse from a race if the conditions are not suited to it, but it can also dramatically affect those that do run.

A horse with an exaggerated knee action – whereby it finds itself grabbing at the ground – will struggle compared to others on faster, firmer surfaces. On the contrary, horses who don’t pick their knees up as much and run with a smoother, faster action will benefit from firmer ground.

Therefore it is so important when studying form to look at what going their good performances came on and equally what ground their bad performances came on. A record of wins on firm ground doesn’t mean a horse will necessarily be as good on softer ground, and vice versa.

Whilst the ground readings are made at the declaration stage and on the day of the race, Britain’s famously unpredictable weather can mean things often change, either in the build up to races or even on the day. Considering the weather forecast ahead of a contest might just give you an edge, whilst if the forecast looks variable, opting for a ground-flexible horse (one with proven form on a range of ground) may be the safest bet.