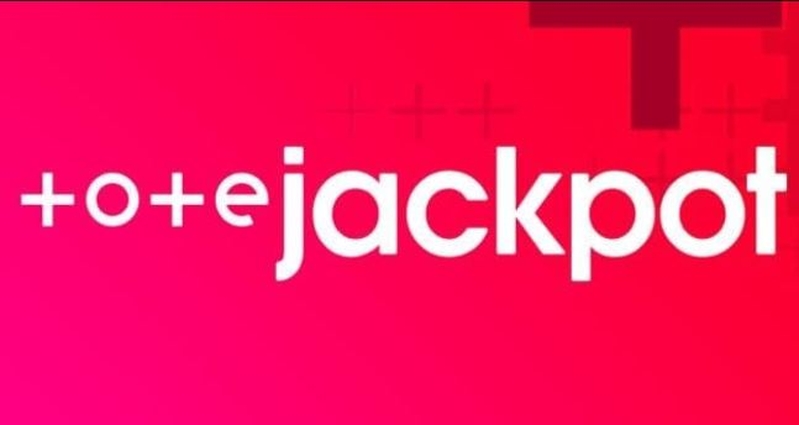 The Tote Jackpot is the type of bet that could genuinely change your life, which explains its longevity and popularity. The average win on the Tote Jackpot is a very tidy £279,218, but the biggest win to date was more than £3 million in 2011. Need we say any more?

The Tote is an example of parimutuel betting, which is essentially a system of betting whereby punters are effectively betting against each other rather than the bookmakers, with all stakes being pooled together into a big pot.

This pot is then shared out between all successful participants relative to their stake, minus the house’s share and any taxes or levies due. As an example, Betfred, who owned the Tote from 2011 to 2019, deducted around a 28% share, depending on the bet type, so the remaining 72% would be split between the victors.

Betting on the Tote Jackpot (and their other pooled bets) is possible in most high street betting shops, since legislation was passed in 2018 removing the monopoly on the parimutuel market. It is also available online. However, it is probably most famed for its presence at the race tracks, where it has been a mainstay within the culture of race meetings for a long time.

The Jackpot is available daily apart from Saturdays and also some major racing meets with lots of televised races, such as Boxing Day, where it is replaced by the Scoop6. More on that elsewhere on the site.

How Does it Work? 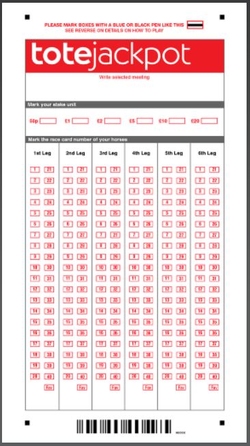 The Jackpot applies to six races from a chosen meeting or meetings each day, and you simply have to pick the winning horse in each of the races – of course, it isn’t quite that simple! With six winners needed out of six, it is easy to understand why it pays out so well.

Traditionally, these six races would be the first six to take place at one named meeting but now they are sometimes spread out over multiple meetings. The minimum bet for a line is £1 with further increments of 50p allowed, and all the money goes into the Jackpot prize pot. If no one wins, the money rolls over into the next pot.

These rollovers can build up to massive amounts of money and tend to grow exponentially: the bigger the jackpot, the more people that enter and thus boost the prize grows even more. When the jackpot gets to a certain level, this exciting bet can offer genuine value, with the potential prize outstripping the probability of finding the six required winners. The prize money is shared proportionately to the size of your stake, although it is rare to see bets of anything other than £1 or £2.

Unlike with fixed odds betting, the odds of the horses don’t make any difference to the amount of money you take home, but as a general rule when there are winners at shorter odds the pay out will be less. This is just because more people are likely to back the favourites, so if if the gamble does come off then the pot will be shared between more people.

If your selected horse in a race becomes a non-runner, it is automatically replaced by the starting favourite. In the event of a joint favourite, your new selection will be the favourite with the lowest saddlecloth number.

The Benefits of the Tote Jackpot

It is possible that many people who place bets on the multiple bet elements of the Tote will be less knowledgeable, as it is such a popular game for novice gamblers at a racecourse. The huge jackpot and low cost to enter mean many view it as little more than a lottery. A lot of punters will just back all the favourites, or pick the horses out by their saddlecloth numbers, which means that studying the form can give you a much bigger advantage than it might if you had used a regular fixed odds bookmaker.

Additionally, a six-fold accumulator with a fixed odds bookmaker includes the bookmaker taking their cut six times; their vig is built into the odds so their margin multiplies with each leg of the acca. Although the 28% taken by the Tote may seem like a lot, it is probably less than the combined overround resulting from six bets and so the overall prize pot can often represent greater value in terms of the risk and reward than other bets. 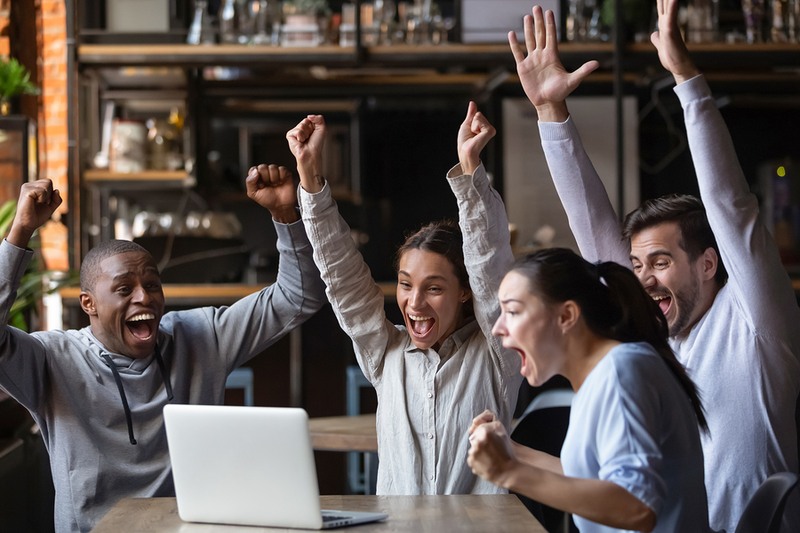 Whether it is splitting a Jackpot entry or a number of perms between a few of your mates who you are at the races with, or partaking in a more official syndicate on a regular basis, group bets on a jackpot can enable you to back more selections in each race and improve your likelihood of winning, at the expense of a smaller pot.

On top of this, betting as part of a syndicate means there are more people who can study the form and analyse the race to give your group as big an advantage as possible. You might miss something but the extra know-how of the group could well be there to cover you.

How to Win the Jackpot

Yeah right – if only it was that easy!