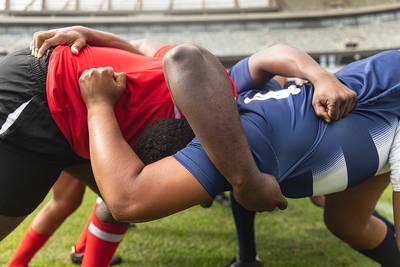 Rugby is unique in having two codes of the same sport: league and union, the 13-player and 15-player versions of the game. They are so similar that it is very common for players to switch between the two codes.

They use the same ball, the same pitch, the same posts, matches last the same length of time and players of each format have lots of skills that will transfer to the other with very little adjustment required.

But what are the differences between rugby league and rugby union when it comes to betting, are there certain bets you can make on one but not another, and how are the odds affected by the different rules?

When it comes to what bets you can place and how these markets are administered by the various betting sites, there are virtually no differences between the two codes. The biggest and most popular markets are the same, meaning that most punters bet on the match odds (which team will win a game), outright markets (who will win a league or cup), handicap markets (who will win with a specified points handicap), and a selection of other bets including first tryscorer, half time result and half time/full time.

On the face of it, all of these markets function in the same way in both codes and from a punter’s point of view, if you understand how to bet on rugby league, you also understand how to place a bet on rugby union and vice versa. There are differences in strategy, of which more later, but the markets and rules that govern them are by and large identical.

We say “by and large” as there may be some more niche offerings at certain bookmakers that might be applicable only to one code or the other. For example you may see markets related to lineouts in rugby union that you obviously wouldn’t have in league. Equally an increasing number of rugby league tournaments are using extra time during the normal league season, so you may see bets relating to this that wouldn’t be applicable to union (or indeed any competition from either code that doesn’t include extra time).

On the whole though, the vast majority of markets are available in both codes of the sport with no rules alterations at the betting site making them any different. So, betting on union is the same as league and that’s it. Or is it?

Differences In The Sport Make The Betting Different

Whilst the available markets are essentially the same, applying the same logic, strategy and numbers to betting on rugby league as you do on rugby union would not be wise. A really good analogy would be to compare limited overs cricket with the Test version of the game. Both formats are “cricket” and when it comes to betting you will see many of the same markets available. But no serious cricket punter would use stats or knowledge relating to Tests to attempt to decide what was a good bet in a One Day International.

It isn’t a perfect analogy as in some ways the differences between union and league are greater than our cricket comparison, whilst in others they are less pronounced. In terms of betting, one of the biggest things to be aware of is that rugby union tends to produce higher scoring games.

Union offers more points for a try, as well as for penalties and drop goals and many more penalties are awarded too. There are no stats that cover the complex nature of various tournaments in both forms of the game but in general some sources indicate that union sees around five or six points per game more than league.

It is also worth noting that in rugby league, most scoring actions reward an even number of points, whilst in union more of the various scoring methods offer an odd number. There are various markets relating to odd and even points totals so this is worth bearing in mind. 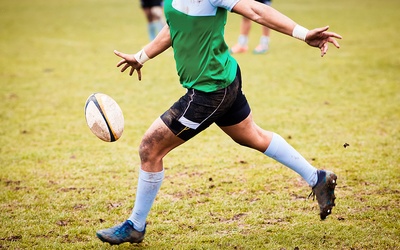 Another thing to be aware of is the different way drop goals are used in games. In union they offer three points and so are a relatively valuable way to keep the scoreboard moving along. In league, however, they give the scoring team just a single point and so are generally only used late in the match. If the scores are level a team will try to edge ahead with a drop goal, or similarly they may use one to mean the opposing side is more than six points (a converted try) behind.

There are various quirks and differences between the two codes that mean what might be a great bet in one is not good in the other. A union supporter seeing odds of 9/2 (a typical range would usually be between 3/1 and 5/1) for a drop goal to be scored in the game (of rugby league) might think they have found a cracking bet but of course this is just a reflection of the difference explained above.

Another difference is the much higher likelihood in union of a penalty being the first scoring play. In league a try for the favourites will almost always be the shortest priced selection in this market, whereas in union this is less likely to be the case. So this should be considered when assessing related markets.

There are a range of other subtle differences, including for example which positions and therefore players are likely to score the first try, as well as the tendency for league games to produce closer games. This is in part down to them being lower scoring but this is well worth being aware of when it comes to handicap betting for example.

Ultimately, though the two codes are remarkably similar and more than 90% of betting markets offered are available on both, there are still lots of crucial points of difference. If you are very familiar with betting on one form of the game but less familiar with the other in general (in terms of knowledge of the sport itself and the gameplay) then we would advise taking your time, learning more about the other code and starting with small stakes only.

Key Differences In The Sport Itself

Leaving betting aside, if you are a total newbie to rugby, be that one version of the sport or both, there are a few fundamental differences between the two codes you should be aware of. Here, very briefly, are the most important.

The debate as to which sport is better rages on endlessly, but whilst many fans are partisan there are also lots who love both codes of the game. There is no simple answer as to whether league or union is better, more enjoyable, faster, more demanding or more physical and the two are simply slightly different versions of the same core sport.

Now you know a little more about the differences and how these relate to betting, you can hopefully enjoy and perhaps even profit from betting on both.