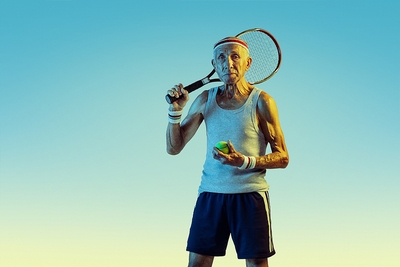 Betting on just about any sport or event throws up the possibility of some unforeseen circumstance scuppering your wager or seeing it settled in a way that you were not expecting. Bets settle normally without fuss in at least 99% of cases; but if you bet over a long period of time or place a lot of bets, at some stage something out of the ordinary will occur.

Matches or tournaments get postponed, curtailed or cancelled for a wide range of reasons, be that a viral pandemic, political unrest or, more commonly, extreme weather. In some sports dead heats may throw you a settlement curve ball, or you may see a Rule 4 deduction; but when it comes to tennis, the most likely thing to confuse the novice punter is what happens to your bets when a player retires from a match.

Here we explain why and when this happens, and we will look at how the betting rules affect your bet when it does. So, if a player you bet on (or against) has retired, or you just want to understand these rules in more detail, read on as we explain all.

Why Does A Player Retire? 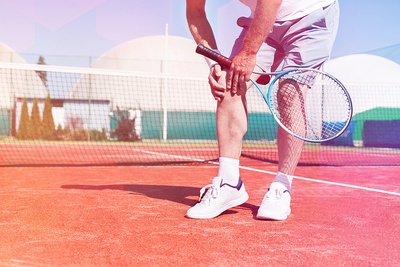 Retirements in tennis happen when a player suffers an injury or illness and feels they can no longer continue the match. If they withdraw before a match even begins, this is listed as a walkover for the other player. In terms of betting this is a simple eventuality with just about every betting site around classifying bets on the match as void and returning stakes to punters in this scenario.

Once a ball has been served and the contest officially begins, if the player decides they cannot continue they will be deemed to have retired. Usually this will be due to an injury sustained during the match but can also be due to things such as extreme fatigue, heat or sun stroke, or illness such as a stomach upset or a migraine.

If a player retires, the other competitor is deemed the winner of the match and they progress to the next round. Many tennis betting newbies may assume that bets on the retiring player will be classed as losers, whilst wagers on the person who advances will be winners, but this is not always the case. 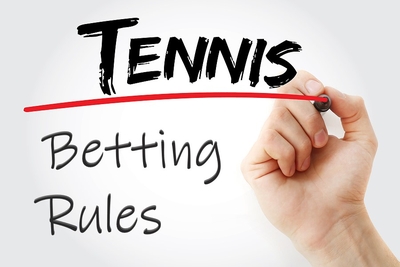 For the purposes of the tournament there is effectively a winner and a loser but when it comes to bets on the match, things are a little different from a betting perspective. To make things a bit more confusing than they perhaps need to be, different betting sites have different rules governing retirement. In some areas, bookies all have the same rules, with dead heats and Rule 4 being two examples of that.

However there are a range of different rules used when it comes to the player retirement situation and whilst it is relatively rare for a player to retire, at least some knowledge of this concept will help you avoid a shock. Perhaps more importantly, it might mean you don’t forget about some money that the bookie has returned to you that was due to retirement but which you could otherwise have assumed was lost.

These days there are literally hundreds of different bookmakers available online and whilst we haven’t checked every single one for their tennis rules, most fall into just a few different categories. We can’t state that all follow these guidelines and there is a chance that some of the less well-known operators use more unusual rules. However, in general, bookies’ tennis retirement rules use one of the below principles:

Many of the biggest and best tennis betting sites around use this rule. If a player retires before the first set is completed then all relevant bets will be voided and you will get your stake back, even if your selection retires. If they retire at any point after the completion of the first set, bets will stand; by which we mean a retiring player will be settled as a losing bet and the advancing player as a winning pick.

This rule is now very uncommon, with fewer and fewer betting sites employing it. Under these terms, once the match begins, bets stand. In theory that means that if your pick to win the clash injured their leg on the very first serve of the game and was forced to retire you would lose your cash. Even if they had just served an ace!

Bookmakers that use the “match complete” rule will void all bets on who will win the game unless a player wins “fair and square” in the normal manner. In other words, any retirement at all will lead to relevant bets being voided and stakes returned. Once again, in theory this could lead to a seemingly harsh bet settlement.

Your player could, for example, be 6-1, 6-0, 5-0 up and about to serve for the match. If the other player decided to throw in the towel, even if they did so at 40-0 down, your player will be through to the next round but your bet on them to win the match will not be paid as a winning one.

Of course, this works both ways and you could be mighty relieved to get your stake back if you had backed the other player. Fair or not, this is the tennis retirement rule used by lots of bookmakers. 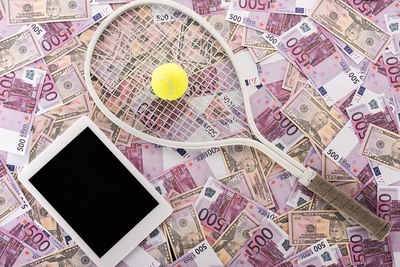 If you are just a casual tennis punter you might be wondering what all the fuss is about. Tennis retirements happen infrequently and it would seem you have as much chance as getting lucky with the rule as losing out to it. By and large you would be right to think this way and can probably skip this section. However, retirement rules are of particular interest to those who are using matched betting, arbitrage or related techniques.

It is beyond the scope of this feature to explain how these work in detail but, in short, there are ways to use free bets, and/or differences in odds between the various bookmakers and betting exchanges, to guarantee a profit, no matter who wins the match.

Retirement can throw a real spanner in the works because these systems work by effectively backing both players. If you do this at different sites that have the same retirement rules then you will normally be fine, as both will either void the bet or let it stand.

Equally there are occasions where you can optimise the rules to your probable advantage and if the retirement falls right make a huge profit with a low risk. However, novices to these strategies may not be aware of potential rules differences and if your bet is set up wrong and the retirement goes against you, you could lose a significant sum (whilst there would only have been a limited upside had the other player retired).

Retirement rules as we have looked at them thus far relate only to betting on who will win a given match. The “winner” market is by far the most popular in tennis but how does retirement work when it comes to the many other bets that you can place on a game of tennis?

Most sites will use their main retirement rule with the caveat that bets that are already unconditionally settled will stand. For example, if you back a player to win 3-0 and they lose the first set, that bet will typically be settled as a losing one irrespective of subsequent retirements because it had already categorically and irretrievably lost.

There are many variations on this theme and each bookie may have slightly different terms for each of the many markets they offer. For example one major bookie voids all bets on their “Total Sets – Over/Under” market if one player retires unless it has already settled. But in their “Number Of Sets” market (stating exactly how many sets will be in the match) bets will be void unless the match has reached the final set.

Essentially the same principle is being used for both and this, as said, is pretty common – bets will stand if they are effectively already decided. Otherwise the standard retirement rules will take precedence, or, where there is no possibility of the wager having an outcome (say you backed total match games and a player retires), the wager will be voided.

Disqualifications in tennis are far, far rarer than retirement (it has happened less than 10 times in the past 30 years) but they do happen on occasion. It takes a lot to get disqualified mid-match, although Nick Kyrgios managed it in 2019 when he threw a chair onto the court and Novak Djokovic was disqualified from the US Open in 2020 for hitting a ball at a judge!

The rarity of this eventuality means it is not something you need to concern yourself too much with but even so, it pays to have a broad understanding of the rules. Many bookies operate the same system, in that they will either need the game to be completed, or alternatively the first set to have been played, for bets to stand. Equally bookies who are “Ball Served” will also let bets stand with the disqualified player being deemed a loser (perhaps in more ways than one).

However, there are a small group of betting sites that do treat these eventualities slightly differently. Some bookies may need a match to be completed in the event of a retirement, but will allow bets to stand should a player be disqualified, even if that occurs in the first set in some cases.