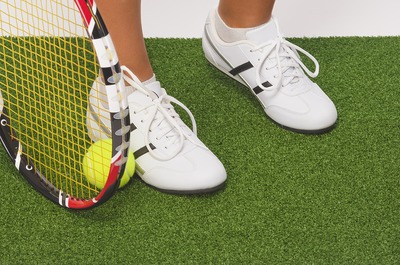 Tennis is almost unique in the world of sport in that it can be played on so many different surfaces.

The game itself isn’t changed in any other way, but the ground the players stand on the that the ball bounces on can change.

The surface on which a tournament is played impacts the match massively due to the different characteristics of each ground type, and they suit certain types of players accordingly.

That means that a player who is an absolute beast on grass might not fare so well on clay.

In this article, we will examine each surface to see their impact on how a match may unfold, and how much this needs to be taken into account when betting. 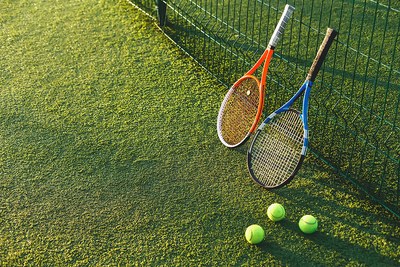 Grass is the surface on which tennis was originally played. Those at Wimbledon are proud of its tradition and endeavour to prolong the presence of grass courts in top-level tennis despite its decreasing popularity. The All England Club’s commitment to the longevity of grass courts requires an extensive effort to ensure the courts remain in tip-top condition to accommodate the modern game. Continuous maintenance is needed in cutting the grass and watering it as often as possible (although dry weather is not usually a problem in the UK it must be said).

The problem thereafter is the time taken for the court to recover after rain. Balls have a low trajectory when they bounce on grass, adding to the intricacies that are unique to the grass-court game. The ball can skew off the affected, worn-out areas in an unpredictable way and a well-struck serve will bounce high and propel itself off the ground at some pace on this surface. Ground staff of grass-court tournaments are often under the pressure of a hectic schedule. Around three matches per day for two weeks of the championship requires serious effort at Wimbledon to maintain the courts to a high enough standard.

On the plus side, grass is a soft surface that is easier on the bodies of players than some others, meaning that they can excel well into the later stages of their careers. For example, Serena Williams and Roger Federer were still winning just about as regularly as when they were in their prime on the surface as they approached the end of their playing days. But where grass is less forgiving is the pace that the surface generates on the ball. When the ball bounces, the pace barely slows and as such, makes for compelling, quick matches. It allows for a variety of play also, while clay may favour long rallies, grass gives a now seldom opportunity for old-school serve and volleyers to showcase their skills. Serve and volley specialists such as Pete Sampras played some sumptuous tennis at SW19 and Martina Navratilova utilised such tactics (albeit within a very good all-round game) as she won nine Wimbledon singles championships, accompanied by seven women’s doubles titles, and four in the mixed doubles on the grass. 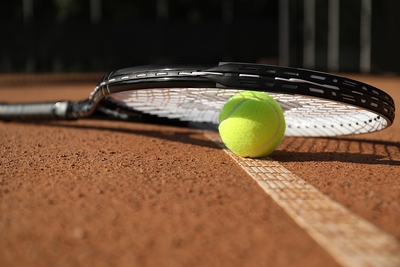 Red clay courts made from bricks are the most popular of the clay-court options. Green clay can be used as an alternative (though this is uncommon) and it is made from amphibolite, making for a faster game on what is predominately a slower surface. Constant rolling of the surface to keep the court as flat as possible is required, so there is also a great deal of preservation work involved with playing on clay. Maintaining a clay court properly does have its complexities; for example, if not kept in perfect condition, the ball can skew off slightly untendered areas and bounce in a peculiar fashion. Though the implementation cost is still reasonable, it takes a lot of working hours to preserve and also maintain these courts, particularly if there is rain as the clay can be very slow to recuperate.

The nature of the clay-court means a well-rounded game is useful to be successful. The game is slower and therefore a players’ skill in dictating the play is a necessity. Defensive players can also succeed on clay as there are more opportunities to recover on a slower surface. It makes for a fascinating strategic battle. As the game is often slower, an ability to manoeuvre opponents means that players playing on the surface develop a tennis IQ that is an invaluable asset when transferred to other surfaces. Clay can favour the hard-hitting baseline players though, whose sheer power rips through a court that usually takes away some of the pace in a way that a grass or hardcourt wouldn’t. The ball will rebound at a high trajectory on each shot, particularly with topspin, making the ball bounce at some height.

To have that baseline skill in the armoury is quite a benefit to a player’s game on clay and that is true of none more so than the King of Clay, Rafael Nadal. When players discover their draw for Roland Garros, they would surely be hoping that Nadal is on the other side as the tennis legend has won 13 French Opens crowns, his first way back in 2005.

Clay courts are often the court of choice in European nations due to the climate and the benefits it has to the development of players’ games, and Nadal is surely an example of that. The Majorcan’s powerful forearm lends itself perfectly to the surface to manipulate his opponent around the court on clay. The surface is obviously popular with the likes of a Nadal or, in a previous era, Bjorn Borg, but umpires’ jobs are also made far easier by the nature of the surface. Chalk will fly up in dust, allowing contentious calls to be called accurately more often in high stakes matches in which the umpire’s every decision is scrutinised by those watching and indeed the players themselves. The uniqueness of clay is rightly celebrated and the surface has contributed towards some of the most fascinating tactical tussles tennis has ever seen over the years.

Hardcourts usually encompass a base of cement that is then covered by an acrylic layer on top. Originally used in indoor facilities, this surface is becoming increasingly common in the professional game in both the ATP and WTA tours and grand slams. For instance, the US Open was originally played on grass, then it switched to clay, before finally moving to hardcourts in 1978. Melbourne’s Australian Open began on grass too but started being played on the hard synthetic surface in 1988.

To keep a hardcourt in pristine condition for tournament play requires little action, hence the increasing inclination towards it to enable a packed schedule to go ahead with minimal disruption. It provides a level playing field – literally speaking – as the courts do not tend to be overly fast or slow, although this depends on the amount of sand put below the court. Injuries are quite frequent though on what is an unforgiving surface on players’ bodies as it is not usually possible to slide as one might on clay, or to gain much cushioning as one might on the softness of a grass court. The shock to the joints on this hard ground can curtail careers or at the very least lead to more frequent or severe injuries.

Hardcourts will tend to favour the all-round player that can do a bit of everything. Novak Djokovic is a phenomenal hardcourt player, for instance, and the Serbian has won 12 Opens on hardcourt (nine Australian Opens and three US Opens). His sliding technique used on grass and clay is somehow achieved on a hardcourt while still seeming to defy injury. Roger Federer is majestic on any surface, but he too exemplifies his strengths particularly well on hardcourts, as an all-court player that possesses the natural ability to adapt to each surface and opposition. Jimmy Connors was also an exceptional hardcourt player and can perhaps count himself unlucky that carpet courts were more the norm during his career.

Carpet courts entail a removable court covering which differentiates it from other commonly used surfaces. These used to be very popular and nearly as fast as grass courts. This meant that the likes of John McEnroe revelled on the surface with his serve and volley game. Primarily used as an indoor surface, the courts are no longer allowed in premier competitions and have generally been replaced by hard courts as these are believed to cause fewer injuries.