Bitcoin is one of the greatest phenomena ever to hit the financial world, and this popular cryptocurrency has shot up in value this year from a few hundred to a few thousand pounds per coin.

More recently, Bitcoin has become an accepted currency at a number of online betting sites (although the number accepting it is still slim); and in this post, we’re going to break down the basics of what Bitcoin is, how to buy it, and how to fund/withdraw from an online betting account using it.

The general concept is quite hard to conceptualize, although once you understand the fundamentals it’s not quite so hard to get your head around.

A single Bitcoin is essentially the same as a British pound coin, except that Bitcoin is virtual currency; you can’t physically get hold of one, it isn’t tangible. They are created when computers solve complicated mathematical problems.

The virtual coins are bought online and stored in what’s known as a Bitcoin Wallet, which is also virtual. There is no physical aspect to Bitcoin at all, and everything is done over what’s known as the Blockchains.

Blockchains are decentralized systems, meaning they’re nearly impenetrable to hackers, government agencies, and fraudsters; and different nodes help to run the blockchain. You could think of the blockchain like a bank vault; heavily secure, near-impossible to access, and responsible for keeping your cash safe.

Note: Physical Bitcoin do exist, but they carry no value. They should be seen a nothing more than collectibles for cryptocurrency fans, so don’t be fooled if someone tries to sell you one.

How Bitcoin is Created 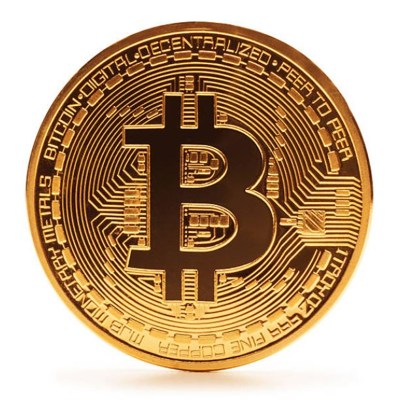 It’s an incredibly complex methodology to get your head around, but essentially, Bitcoins are ‘mined’ by computers.

When they were created, it was done in such a way so that no more than 21 million coins could ever be produced. Around 60% of these have been mined to date, with the remaining 40% expecting to take another 20 years to find.

In order to mine the coins, computers are tasked with solving complex mathematical equations, and as more coins are mined, the harder these equations become. In the early days pretty much anyone could download mining software and begin mining Bitcoin, but it’s no longer profitable for small-timers to do so, with mining rigs costing hundreds of thousands of pounds.

Now, if you’re wondering who created Bitcoins… well, no one knows exactly.

Satoshi Nakamoto is the name given to the original developer, although no one knows whether this is an actual person or a group of developers or coders. The only sure thing is that it is indeed a pseudonym, and only the U.S. Government is believed to know who Satoshi really is.

What is a Bitcoin Wallet?

As mentioned, you’ll need a Bitcoin Wallet if you want to receive or send the cryptocurrency, and this works in much the same way as your day to day bank account.

There are a few different types of wallet, with the most popular being an online wallet. This is a large website where you can store your Bitcoin, and which deals with the security and proper handling of your coins so that you don’t have to do anything. Popular examples include Local Bitcoins and Coinbase.

Once signed up you’ll be given a Bitcoin address, which is a series of numbers and letters. To receive funds, you simply give out this address and as soon as funds have been sent to your wallet using this address, you’ll see them credited to your account.

Another form of wallet is what’s known as cold storage, but these are better suited to the more technologically minded cryptocurrency owner, as they’re a little more complicated to set up.

Cold storage means you’re basically looking after your bitcoins yourself rather than entrusting them to an online wallet. In order to do this, you need to download the entire blockchain to either your device or a removable media drive, and you can then store the coins there yourself. This is beneficial when you want added security over your virtual currency, as well as more privacy.

How to Send/Receive Bitcoin 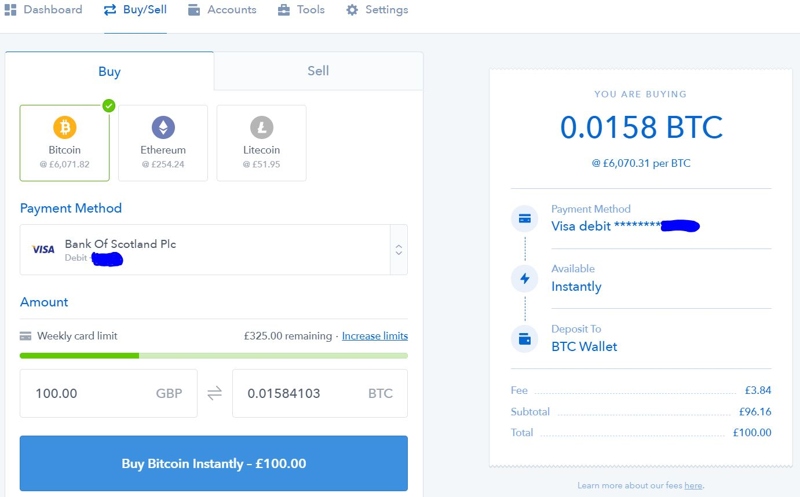 While we briefly covered how to receive Bitcoin, we’ll offer a more in-depth insight into sending/receiving in the following section. It can seem a bit daunting at first, but don’t let that put you off. While a lot of these terms may be new to you, once you are familiar with them you might really see the benefits of cryptocurrency’s.

In order to send Bitcoin, you’ll need to open your ‘Wallet’ page – if using an online wallet – or open the ‘Send Bitcoin’ if using a local wallet, and then enter the amount you wish to send.

You’ll then be prompted to enter the receiving Bitcoin address, and this will look something like the example below:

Once you’ve entered the receiving address and the Bitcoin address, you’ll then get a chance to choose the fee level – although not all wallets offer this function.

The fee is basically helping to determine the speed at which the transaction is processed, and there are typically three fee-levels: low, medium, or high. Betting sites will almost always show your coins as soon as you have sent them, but virtually every Bitcoin receiving website will require 3 confirmations before the funds are considered cleared.

Confirmations can be seen as the blockchain checking that the transaction is legitimate.

How to Receive Bitcoins

In order to receive the currency, you need to give the person/company that is sending you the coins your wallet address, which is found under the ‘Receive’ tab within your Bitcoin wallet; and as soon as they’ve made the transaction, you’ll see the funds available in your wallet. As when sending them however, you’ll need to wait a full 3 confirmations before they’re fully credited.

You can track the confirmations by looking on the block explorer, which is basically an overview of the blockchain allowing you to see the progress of Bitcoins.

Advantages and Disadvantages of Bitcoin

The majority of experts agree that the cryptocurrency is far more viable then using physical cash, but there are a few downsides too, and below we’ll cover some of the main advantages and disadvantages so you can be confident when deciding whether or not to get involved in crypto.

Disadvantages are scarce, with the only real downside being their complexity. This was a fairly significant problem when the currency originated, but as mentioned, thanks to online wallet systems and growing public understanding it’s now easier than ever to use them.

The only other real down side is that selling Bitcoin can be time consuming, although for UK players this isn’t really an issue as there are thousands of buyers and sellers in online market places, such as Local Bitcoins. To sell them, you can choose to meet someone in person and exchange them for cash, or you can opt to provide your bank details and have traders/buyers transfer you the money.

On the whole, Bitcoin offers players a good way to deposit and withdraw from online betting sites, and it may well be the future.

The speed at which the transactions are processed has made them hugely popular with punters around the world, and while online betting websites have been fairly hesitant to accept them, a few sites are now beginning to integrate them into their online payment systems. Net Bet are one of the first to implement Bitcoin – although whether other sites will follow suite remains to be seen.