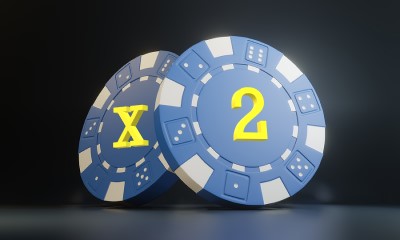 Blackjack is one of the few casino games in which there is a degree of what could be called skill involved. Whether playing online or in your local casino, if you play slots, roulette or many of the other games found there, there is almost nothing a player can do to alter the outcome of each round. Place your bets, take your chances and hope that luck is shining on you. With blackjack, however, there are many decisions the player must make and these have a direct impact on the return to player (RTP) rate.

Blackjack has a very high RTP and a very low house edge (this can really be viewed as the casino’s profit margin on the game), but that stated house edge, which is usually around 0.6%, is dependent on the player making all the right decisions. We opened by saying that BJ relied on “what could be called skill” and we said that because it is not really skill, but knowledge of a few simple, fixed rules.

The mathematically proven, most efficient way to play blackjack is what the house edge is based on and any deviance from this increases the casino’s advantage over the player. This method of play is called basic strategy, or optimal play, and whilst it won’t guarantee you will win each hand, it gives you the best chance possible of doing so based on the cards on the table, or at the very least of minimising your losses. So, what does basic strategy say about doubling?

Doubling Is Crucial To Success 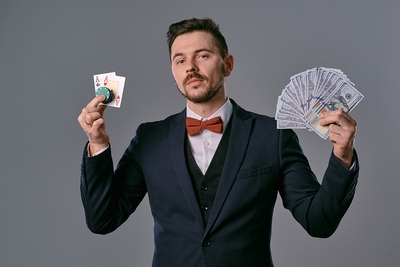 Much of the time a player’s instinctive call will fall in line with the rules of basic strategy. It’s fairly obvious that you would stand on 20, for example, no matter what card the dealer has, whilst hopefully everyone would know to hit on scores of 11 or below. But there are some calls that are less obvious and yet have a big impact on your long term results, and knowing when to double is definitely one of them.

We have just said that you should hit on 11 or below but in fact that isn’t always the case, and indeed there are times when you should double in this scenario. If you want to maximise your time at the table, reduce your risk, increase your fun and have more chance of walking away in the black, understanding when to double is vital.

The exact protocol as to when you should double will vary according to the precise format and rules of the blackjack variation you are playing. However, the following basics will stand you in very good stead in all games. They may not get you bang on the minimum house edge but you won’t be far off and you’ll certainly be doing far better than the average player who isn’t familiar with optimal play.

When to Double in Blackjack

The broad rules listed below are relatively easy to remember but if you want to go the whole hog there are lots of sites with fully detailed basic strategy charts and guides. What’s more, most offline and even some online casinos now offer basic strategy information at the table. Here are the key things to note when it comes to doubling:

The above is applicable for blackjack where the house is using between four and eight decks, the dealer stands on soft 17 and the surrender rule is available. Obviously if rules don’t permit a double on your hand you would generally hit (though a soft 18 is always a stand).

Note that these rules are aimed at the standard recreational player as opposed to anyone who is counting cards. Obviously if you are card counting and have a decent awareness of how many high cards are left in the deck there may be times when it is advantageous to go against the principles of basic strategy.

One other thing to note is that whilst the above works for all rules, you can improve on this slightly if the game you are playing is one where the dealer hits on soft 17. Under these rules, the above rules will still deliver good results but the following modifications will decrease the house edge just a little further:

Even experienced players are probably guilty of not doubling when they should. Whilst anyone with a little knowledge of blackjack and basic strategy will know to double an 11 when the dealer doesn’t have an ace, fewer are familiar with the best plays when it comes to doubling some of the bigger soft pairings.

As you can see though, just five key points cover doubling, with three extra rules in the event the dealer takes a card on soft 17. Commit to remembering these, or just have them to hand when you play, and you’ll see an instant improvement in your results.