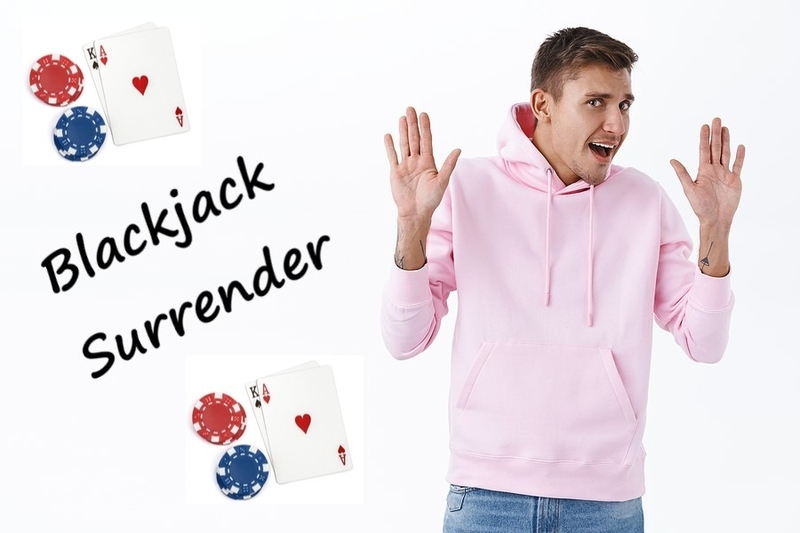 Blackjack is one of the best and most popular casino games around and part of the appeal is that the player has a lot more involvement than with games of pure luck, such as slots and roulette.

In order to give yourself the best odds of winning you need to know what decisions to make: when to hit, when to stand, what to split, when to double and, when it is offered, whether or not you should surrender.

Surrendering at blackjack is one of the less well known rules so if you aren’t entirely familiar with it, we are here to help.

We’ll explain what the surrender rule is, when it is available, how it works, the different versions of it and, of course – most crucially – whether or not you should take it up.

Let’s start right at the beginning.

What Is The Surrender Rule In Blackjack?

The surrender rule in blackjack, as the name would indicate, gives the player the chance to give up. Following the initial deal, the player can choose not to play out the hand in full in certain situations and in return they accept a smaller loss than they might experience if they played on. Essentially, the surrender rule gives blackjack players the chance to cut their losses if they do not like the look of their hand.

Surrender is rarely offered in single or double deck blackjack, more commonly being available in multi-deck games using a shoe of six decks. Games that offer surrender will often (but not always) have the word in the title of the variant, the simple but descriptive “Blackjack Surrender” being the most common example. A player can usually surrender any two-card hand at the stage where they would be given the option to either hit, stand, double or split.

If they take up the surrender option the dealer wins half of their stake and then reveals their second card, letting you see whether your call was the right one or not. There are two main versions of the surrender rule and we will now explain how they work. 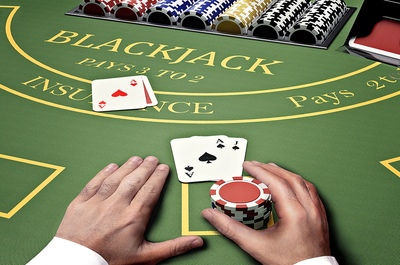 Early surrender is a far less common rule, with most online versions of blackjack surrender only permitting what is called late surrender. The difference between the two is very simple, with early surrender giving the option for a player to concede half their stake before the dealer checks for blackjack.

In contrast, late surrender only permits the player to forfeit their hand after the dealer completes their check for blackjack. Of course, in this scenario, should the dealer have blackjack, the player loses the hand in full without having the opportunity to complete their surrender.

Early surrender rules are better for the player, as we shall discuss in more detail when we look at how the rule affects the house edge in general. Because you are able to surrender before the check, you can theoretically avoid losing all your stake to a natural, whilst with the more typical late surrender, all dealer blackjacks will win all of your stake (assuming you too don’t have BJ).

All other things being equal, you should play at a table that offers early rather than late surrender. The problem is, if you do manage to track down a table that offers the more favourable rules, all other things are very unlikely to be equal. More often than not, tables offering early surrender have other rules that disadvantage the player in order to maintain a healthy advantage for the casino.

When To Surrender At Blackjack

Knowing when to surrender (and when not to) is an element of basic strategy that is sometimes overlooked. As with any decision offered to the player, the choice one makes affects the overall house edge which, in turn, impacts upon your long term profitability when playing blackjack. So, when should you surrender?

In actual fact there are very few instances in which surrendering is the right move to make. This is because you are guaranteeing a loss of half your stake. In a game of very fine margins where the dealer and player are usually well balanced, a hand has to be very poor for admitting defeat and locking in a loss to be the better option.

The precise details of when to surrender vary according to the rules of the game variant you are playing. The key factors are whether or not the dealer hits on soft 17, whether it is early or late surrender and how many decks are being used.

Full and thorough basic strategy charts are available online for most game variations and rule differences. Rather than provide exhaustive information on when to surrender in all situations, we will instead focus on the most common situation. As such, below is a guide to late surrender rules using four, five or six decks, with an accompanying chart above.

So, as you can see, there are very few hands where you should surrender. Whilst it may be tempting to surrender to an Ace or a 10 when you have 14, 13 or even 12, you should never do so. Equally you may feel that getting half of your stake back when you have 17 and the dealer is showing an 8 is a good move. It is not. Opting to surrender in any of the situations aside from the ones listed above (as ever, we are assuming you are not counting cards) will increase the casino’s advantage over you.

If you are unable to consult a perfect and full basic strategy for the game of BJ you are playing then in general the simplest fall-back rule to follow is not to surrender. If you can manage to remember a little more, then surrendering 16 to a 9, 10 or Ace will serve you well. If you then remember to surrender any 15, 16 or 17 to an Ace where the dealer hits on soft 17 then you are very close to optimal strategy.

Impact Of Surrender On House Edge 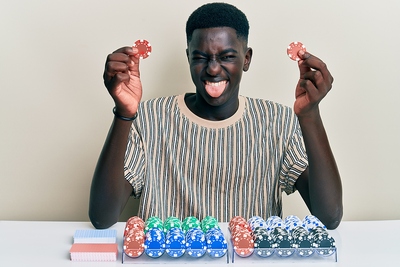 As we have said, used properly, surrender favours the player, giving them a small number of opportunities in which to obtain an outcome that delivers better returns overall in the long term. The key things to be aware of when considering surrender and the house edge are that you only surrender when it is the right thing to do and that the advantage of playing a surrender variation of blackjack is not offset by the introduction of other less favourable rules.

None the less, all other things – such as full pay for a natural blackjack, the same number of decks and the dealer standing on soft 17 – being equal, the addition of the surrender option undeniably favours the player.

Such a blackjack table would have a house edge using optimal strategy of just 0.6681%. That in itself is very reasonable and one of the most player-favourable games you are likely to find. However, if we throw in the option of late surrender, that comes down to just 0.5955%. That might not seem a huge difference but as a proportion of the initial edge it is a sizeable chunk.

Offering early surrender would of course reduce the edge even further. However, as said, you will struggle to find a variant of BJ that offers both early surrender and the same favourable rules detailed above.