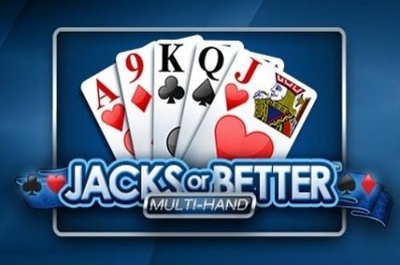 Video poker is one of the best casino games around when it comes to the house edge, which is incredibly low when you use basic strategy to make all the right calls on what to hold. Like many of the games offered by the best online casinos, video poker comes in many different forms with slight rule and gameplay differences.

One of the most obvious game variations is whether it is single hand or multi hand video poker and the differences between those games is what we are looking at here.

Precise details will vary depending on the exact version of video poker being played but we can make some general statements about how, for example, single hand Jacks or Better compares to multi hand, or how single hand Deuces Wild compares to that same game but in multi hand format.

What Does Multi Hand Mean? 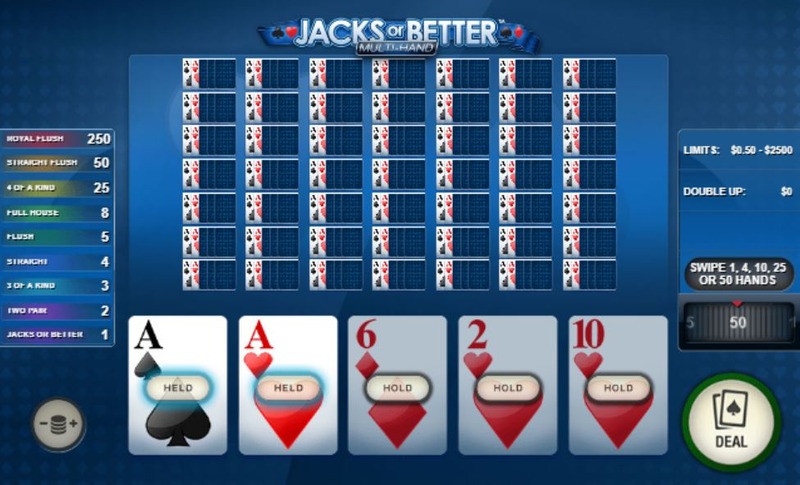 Firstly, let us just be clear about what multi hand video poker actually is. The name should tell you most of what you need to know but there is no such thing as a stupid question so, just to be sure, multi hand video poker means that you play more than one hand simultaneously. In fact, you can play three, five, 10, 25, 50, 100 and sometimes even more hands at the same time!

You may think that would be very time consuming and involve an awful lot decision making with regards which cards to hold. However this is not the case because the multi hand aspect of the game only kicks in for the draw. The step by step process below should make this clearer:

To better illustrate what we mean by this last point, let us assume we are playing 50 hands and you are dealt a pair of Aces, which you keep. All 50 hands have at least won so the visual indicator might read something like:

This tells you that you hit the lowest winning hand 33 times, each win paying five coins. You had two pairs in 10 hands, each one paying 10, and 7 of your hands landed three of a kind, worth 15 each. Basically that is all you need to know, with hands typically paying out in the same way as they would in a standard game (single hand) and all other rules generally being the same. 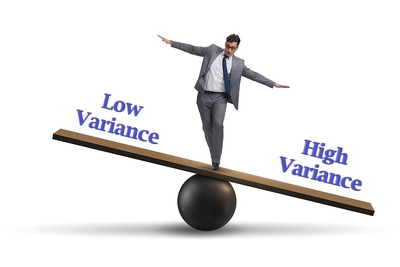 Whilst much is the same, the key, and sometimes only difference between single and multi hand video poker is the variance. The house edge of a game is, in simple terms, the profit margin for the casino. Carrying on a profit/loss, business-based analogy, the variance can be viewed as the difference between a shop which sells lots and lots of items for a small profit each, and one which sells far fewer goods but with a much bigger margin.

For example, playing standard, single hand blackjack, the variance is very low and the house edge is also very low. That means that if a player wagered on 10,000 hands, they could expect to lose very little, due to the low house edge. The low variance means if a thousand players played 10 hands each, overall they would lose the same but individually there would not be too much difference between the results of each player. Results would vary little, due to the fact that the vast majority of players would win four, five, or six hands, and lose six, five or four.

In contrast, single hand video poker is higher variance, primarily due to the huge payouts that the very rare royal flush delivers. A typical payout with maximum coins is 800 times the stake. In order to maintain the low house edge that video poker has, you have lots more people losing all or most of their stake at one end of the spectrum to facilitate the one person who hits the big win.

So, whilst low-variance blackjack sees most players clustered either side of break even, the higher variance of video poker (and, for example, slots), means you have fewer players in the middle but more at the extremes, especially the losing side.

With multi hand video poker, the already high variance is really dialled up. Essentially that is because all of your eggs are in one basket. If you get dealt three of a kind with the first five cards, that means you are in line for a profit on 25, 50 or even 100 hands. Many will be a small profit but some will hit four of a kind or a full house and the overall win will be big. In contrast, if you are forced to change all five cards after a bad deal that puts those same 100 hands in a bad position.

If you instead played 100 single, individual hands, you would see the variance reduced, with lots of deals delivering a break-even winning pair, lots of hands losing altogether, and a mix of the higher paying hands. Over an infinite number of hands, multi hand and single hand will deliver the same house edge, however in the shorter term there will be far bigger ups and downs playing multi hand. 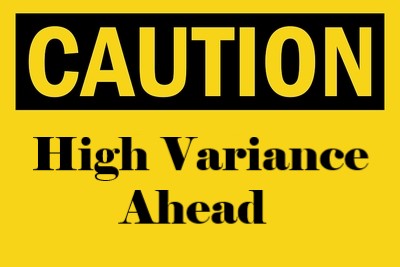 The higher standard deviation and volatility of multi hand games means that it is vital you fully understand what you are doing. Video poker newbies and even intermediate players are probably best sticking to single hand variants. If you do switch to multi, having good control of your bankroll – and indeed making sure you have enough funds to cover a decent number of hands – is crucial.

If you are playing for fun, then playing single hand video poker will give you far longer at the table on average. The full maths behind this difference in variance and/or standard deviation is beyond the scope of this article but a simple explanation of these mathematical terms can be found here.

To give you an idea of the numbers we are talking about, the variance on a full pay game of Jacks or Better is 19.5 for a single game hand. That compares to around 1.3 for blackjack, which already gives you an idea that video poker is a volatile game. However, if we play multi hand with five hands, that jumps to more than 27. With 25 hands it becomes more than 66, and with 100 hands the variance hits a whopping 214!

So, quite simply, multi hand video poker is not for the fainthearted and nor is it for those looking to play over an extended period of time. If you have a healthy bank and are prepared to accept losing a lot of cash quickly – in exchange for the chance to possibly win quickly – then it is a good option. The strategy for playing does not change between the two games so really the only thing to be aware of is that with multi hand video poker you should expect a bumpy and exciting ride!