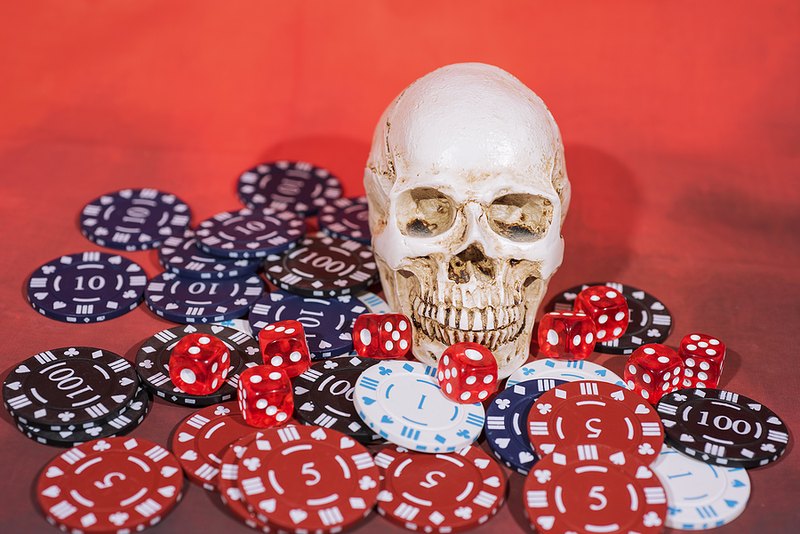 Gambling is no easy business. In fact, for most people, unless they own a casino or a bookmaker, it should not be viewed as a business at all and is better considered as a hobby or leisure activity for which they pay a small, affordable amount of cash. Aside from the difficulty of deciding what team to back or what strategy to use in the casino, one has psychological battles to fight too.

Knowing when to take a profit, when to accept a loss, avoiding chasing losses and, to use a poker term, managing to not go full tilt when things go against you, are all key when it comes to enjoying your time playing roulette and other casino games. There are many traps it is all too easy to fall into and many opportunities for things with no grounding in logic, maths, or, simply fact, to seem not just plausible but entirely certain.

The biggest psychological trap of them all is often called the Gambler’s Fallacy and whilst it is most easily applied to roulette it can equally relate to just about any casino game or betting scenario you can imagine. The Martingale System, which again is most commonly used for playing roulette but can also be used for other casino games, has the Gambler’s Fallacy at its core.

It is called a fallacy because it is wrong; it is undeniably 100% untrue. Here we explain what the Gambler’s Fallacy is, the history of it and why you should make this one trap into which you definitely do not fall. 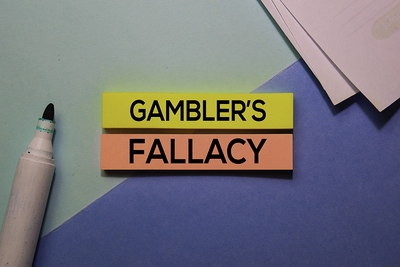 So, for example, the GF does not apply to sports betting, where past results impact confidence and are also usually an indication of form. Equally if you were cutting cards from a standard 52-card deck and removing the ones drawn, if the first 10 cards are all red, the odds of the next being black are improved. This is because we began with a mix of 26 red and 26 black and we now have 26 black and just 16 red. The Fallacy only applies to events that are statistically independent and three great examples of that are roulette, the toss of a coin, and the roll of a dice, though there are many others.

If we imagine young siblings tossing a coin as a form of childish entertainment and competitive gaming, it is easy to see how they might fall into the GF (even if no gambling, beyond for pride, was taking place). Suppose heads comes up four times in a row. Both siblings, unless they happen to be the children of mathematicians or casino owners, are likely to believe that tails is now more likely to come next.

That, right there, is the Gambler’s Fallacy in action. If we assume that the coin is a fair, unbiased one, and that whoever is tossing it is doing so legitimately and randomly, then no matter how many times heads comes up in a row, the chances of the next toss being a tail do not change. Heads can come up six, seven, eight or more times in a row and on the next toss there is always a 50% chance it will be heads and a 50% chance it will be tails.

It may be the case that after a certain number of heads (or tails) it would be reasonable to consider the possibility of a biased coin or throw but if we rule those out, even after 70 heads in a row, the next toss remains 50:50. Some people may find that hard to accept but the phrase commonly used is that the coin (or roulette wheel, or dice, or whatever) has no memory. The events are, as we said earlier, statistically independent.

Let us look at the probabilities of consecutive heads landing:

Upon seeing five heads in a row, some gamblers may feel they are witnessing a highly unusual event and that, perhaps, the coin is rigged. However, that same gambler would see nothing at all unusual in winning a single number bet at roulette. The former is a 1 in 32 shot whilst the latter is a 1 in 37 chance, so it is easy to see how gamblers can fall into false ways of thinking and understanding probability, chance and “luck”.

You are not betting on what has gone before, you are betting on one single coin toss (or roulette spin or whatever) and on that single spin or toss, the odds and probabilities remain unchanged. 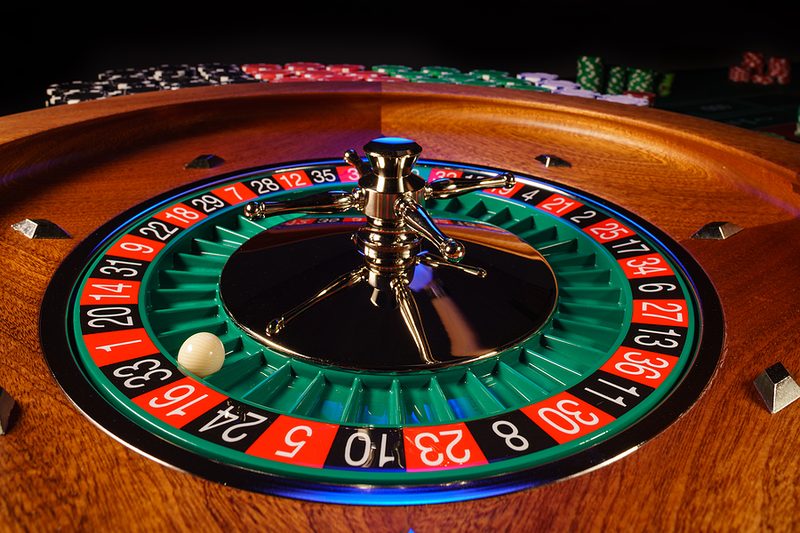 As said, the GF is most commonly associated with roulette and this is partly down to the Martingale System, which we discuss elsewhere. It is also down to the events that give the fallacy its other name, the Monte Carlo Fallacy.

More than 100 years ago, on the 18th August 1913, black came up 26 times in a row. As more and more consecutive blacks landed, the growing crowd of spectators and gamblers became ever more certain that a red must be “overdue”.

This seemingly impossible streak of blacks meant that a long run of reds was surely likely and the crowd began betting larger and larger sums on red. They lost millions of francs as time and again black landed and the Monte Carlo Fallacy was born.

Of course, 26 blacks in a row in an extremely uncommon occurrence. Due to the single zero being used at the Casino de Monte-Carlo, the chance of black on a single spin was 18 in 37, or around 48.65%. Assuming the wheel was not biased or rigged (and we have no reason to believe it was based on subsequent and prior events), the chance of 26 consecutive blacks, therefore, was approximately one in 136 million.

Amazingly that famous streak is not even the longest or least likely ever recorded. In 1943 red won 32 times in a row in a US casino. Assuming this was a standard US roulette wheel, there was a 47.37% chance of a single red (lower than our previous calculation due to the double zero).

That means that the chance of 32 reds in a row was around one in 24 billion. None the less, on that 32nd spin, and indeed when finally black (or zero, or double zero, history has not recorded this!) landed on the 33rd, the chances of black were no higher than the 48.65% the maths of the wheel dictates. In fact, if you were betting you would arguably be wiser to assume the chances of black were even smaller on the basis that, if anything, there was at least some possibility that the wheel was biased or faulty.

Conclusion: Do Not Fall Foul of Fallacy 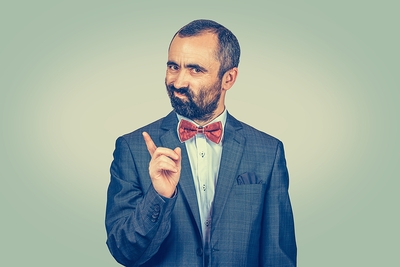 A fascinating feature in the The Quarterly Journal of Economics even demonstrated that elements of this falsehood permeated decisions in areas as diverse and serious as asylum decisions, loan applications and, less seriously, baseball umpiring.

There has been a wealth of highly scientific research into the psychology, maths and even neurophysiology behind the Gambler’s Fallacy. That is beyond the scope of this piece but if you are interested there is a wealth of great information out there.

The only real point to remember is that this way of thinking is called a fallacy for a very good reason: it is a mistaken belief based on incorrect arguments. If you are playing roulette, craps, dice games or any of the other similar games in a casino (including blackjack unless you are counting cards) that are statistically independent, do not fall foul of it.

The wheel, dice, cards, coin or whatever it may be has no memory. Each new round is an independent event and the past exists only in your head. Whilst one part of your brain may be screaming that a red or a black, a head or a tail, or whatever else is “overdue” or “must” come up next, ignore that and listen instead to the part that reminds you that what has gone before has no bearing on the next outcome.