When it comes to betting on American football, there is often a range of markets available. Big bookmakers, in particular, offer more than just money line and spread bets these days as American football is a sport with a growing amount of interest across the globe.

Some alternative markets are more common than others though, and you may have to shop around to bet on the likes of turnovers, tackles and tackle assists. Nevertheless, these markets can be worth taking advantage of when available. Before you do though, it is useful to know how they work and what exactly counts towards them. 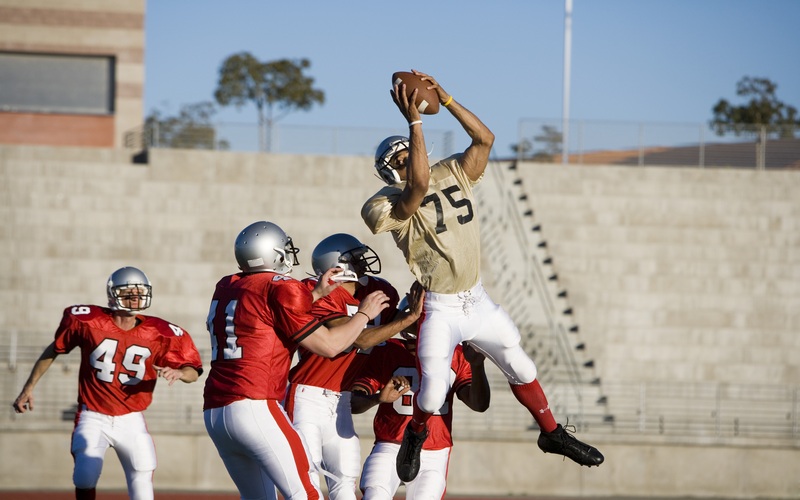 Turnovers may be a major part of any American football match, as you cannot score points without the ball (well, excluding safeties), but they are not a popular betting market. So, do not be surprised if the bookie you choose to place your American football bets at does not offer any turnover-related markets. This is not to say that they do not exist though as there can be a few different ways of betting on turnovers.

Before looking at these though it is worth quickly covering what exactly is considered a turnover. Put simply, a turnover is when the attacking team concedes possession of the ball, without kicking it, and subsequently becomes the defending team. There are three ways that a turnover can occur, one being an interception. If a quarterback, or anyone else, throws the ball and it is caught by a defending player, this will be considered a turnover.

You also have fumbles, which is a dropped ball that is collected by a defending player. This usually happens when a player is tackled and the impact sees them spill the ball onto the pitch. For such an incident to be considered a fumble, the player with the ball must have had it properly in their possession. If they were juggling it around following an unclean catch, and then dropped it, this would be a muff instead.

Lastly you have a turnover on downs, this is where the attacking team is on their final (fourth) down and does not make up the necessary ground (10 yards from their first down starting point). If they fall short of this 10-yard minimum, possession is handed to the defending team. Typically these are not recorded as turnovers in match statistics for either team, only recovered fumbles and interceptions are, but for the purposes of betting, turnover on downs count just the same.

At this point it is worth stressing that only interceptions, fumbles and turnovers on downs count as turnovers. There are other ways for a team to lose possession but these will not count as a turnover. A punt for example, where the attacking team kicks the ball upfield, sacrificing possession for the sake of making territory would not be considered a turnover. This is because a turnover cannot occur following a kicked ball, even if possession does swap between teams as a result.

For this betting market, you simply need to bet on whether or not the total number of turnovers for the match is above or below a certain figure. The total amount can relate to either the combined total of both teams, or it can be for one specific side. The betting options are usually present as a .5 figure so the actual number is guaranteed to be either above or below this, as you cannot have half a turnover. Subsequently, such markets always have one winning bet and one losing bet.

Similar to above but for this you need to pick the precise number of turnovers you think there will be in a match, or one team’s total. Betting options for this may be a specific number e.g., 3, or they could be a small range 3-4, it is really down to the bookie. Either way, you will have more than just the two betting options that come with over/under turnover betting, and a wider range of odds too.

With handicap turnovers you will be betting on which team you think will claim the most turnovers, once a handicap figure has been applied. In a relatively close contest, the handicap figure will be small, for example just one (+1 for one team, and -1 for the other). So, you might have the Bengals (+1) and the Steelers (-1). If betting on the Bengals, they would just need to match (or better) the Steelers’ turnover total. If betting on the Steelers, however, their turnover count would need to be two higher due to their handicap.

Although not solely related to turnovers, one other option you may stumble across is the possibility of betting on the outcome of the first team drive. If you believe that the team’s first spell of possession will end in a turnover, this is something you can bet on. The other possibilities include a field goal attempt, touchdown, or punt (with this often being the shortest-odds) option. 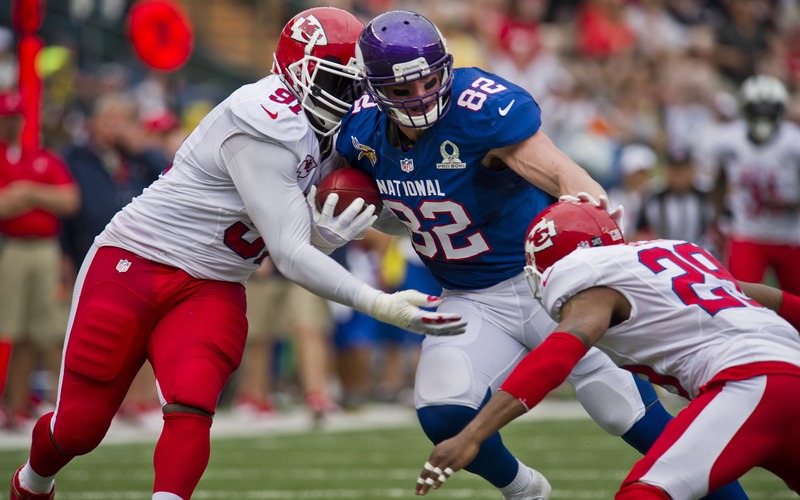 A tackle in American football is when a defensive player stops the ball carrier’s progression by bringing them to the ground or forcing them out of bounds. There is such a thing as an offensive tackle too but this is a separate action, where an attacking player physically prevents defenders from getting near his teammate(s). You do not need to worry about this though as for betting purposes, only defensive tackles are included.

Some bookmakers explicitly state ‘defensive tackles’ in markets but the word tackle by itself refers to defensive tackles so they all relate to the same thing. Contact during a tackle does not have to be that large providing it is enough to make the attacking player fall and/or go out of bounds. Note that the ball carrier is allowed to touch the ground with their hand (and feet too of course). So for a tackle to register, another part of the attacker’s body must touch the ground.

A tackle assist is simply where two (or more) players are involved in a tackle at the same time. Sometimes it can be a bit contentious to decide whether or not a tackle was made solo or whether a teammate’s assistance was decisive in making the successful defensive action. It can also be quite subjective as to which player should receive the solo tackle credit (if any) and which ends up with the assist (if not both/all). Bookies, however, will not make the call themselves, instead they will use the official competition statistics.

The reason we have looked at tackles and tackle assists together here is that they commonly come as a pair when betting, although this is not always the case.

Nothing complicated about this betting market, which tends to operate as an over/under bet. To win money you simply need to correctly predict if a team will record over or under a specific number of tackles during a game. The odds for over and under will most often be the same or very similar, making it something of a 50/50 but not quite due to the house taking their cut. For this market, any tackle will count as one regardless of how many players were involved in the tackle itself.

If you wish for tackle assists to be included for the purposes of the bet, you will need to ensure the market explicitly specifies tackles and assists. With this, assists will collect extra points and this means the points threshold is significantly higher. If two defensive players are involved in tackling the ball carrier, this would count as two (whereas it would only count as one in the ‘defensive tackles’ market). It is irrelevant if the tackle is marked as a solo & assist or if both players are simply handed an assist (no solo awarded).

If you are predicting one player to have a particularly strong defensive performance, you can single them out specifically for your bet. Whenever a player successfully makes a defensive tackle (whether assisted or unassisted) that is one tackle point for them. As with the team tackles, bookies will tend to give you an over/under option for each player and this will be tailored to the specific player to create two relatively even options.

Another betting option relating to individual player tackles is what is known as the ‘milestones’ market. Here you can bet on a player reaching a certain number of tackles during a game. If you were to bet on Alex Highsmith, 5 tackles at 27/20, he would need to make a minimum of five tackles during the match for this to be a winning bet. He can go over five tackles, as you are not predicting the exact number, but he does need to at least match it.

Last and by no means least you have total match tackles as one of the main betting options. Here you are looking at the combined number of tackles for both teams, rather than having to pick one or focus on a specific player. It can be a great option if you think defences will come out on top during an upcoming fixture but you are not sure who will win the contest. As is so often the case, this follows the standard over/under approach meaning you simply have to pick from two options. Some bookies, such as the one below, will offer both tackles and tackles and assists, whereas others will only supply odds for one.