But it is not only the professional leagues such as the National Basketball Association (NBA) that are hugely popular in the United State, the student or college level of the game, governed by the National Collegiate Athletic Association (NCAA) among other bodies, also enjoys plenty of support from the sports-mad public.

But college basketball is not exactly the same as the NBA in many respects and there are in fact many differences; some are more obvious than others, while some are difficult to notice at all. Note that we’ll focus on college basketball governed by the NCAA, as it’s the biggest and most prestigious of the governing bodies. 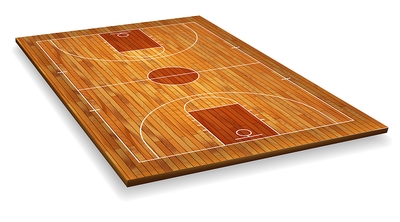 There are a few fundamental differences between NBA and the college basketball courts regardless of them being the same overall size.

While the distance between the backboard and the foul line and the height of the baskets remain the same, the three-point line in the college version of the game is located closer to the basket.

The three-point line in the NBA is at a distance of 23 feet and 9 inches while it is closer at just over 22 feet in an NCAA basketball game. This makes it slightly easier for players in their college game to score three points.

You can find another subtle difference in the width of the key (or lane), also sometimes referred to as the ‘paint’ under the hoop. A college game’s lane is 12 feet wide, while an NBA game’s lane is 16 feet wide.

Time and Makeup of the Match

The reason for this deviation from the original rules of the game was to fit in an evening’s entertainment in two hours. Since the NBA has a vast television viewership, these extra breaks in the game end up giving more opportunities to add TV advertisements during the game. 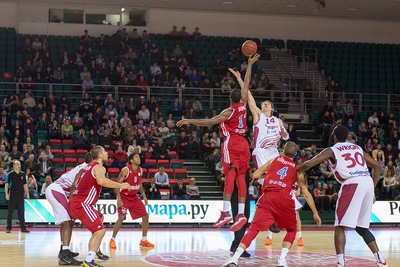 It is obvious that college basketball and the NBA have very different systems for resolving possession disputes.

Jump balls are used in every situation in the NBA to resolve disputes. College basketball, on the other hand, alternates possession between the playing teams.

In such a scenario, an arrow on the scorer’s table indicates who will get the ball next.

This is a faster but less competitive way to resolve disputes.

Players might at times question the legitimacy of the dispute but would not have a chance to snatch the ball if the arrow is turned towards the other team.

College basketball and the NBA differ greatly in the area of defense. Zone defense rarely occurs in the NBA due to the complicated rules surrounding it, and the league in general is a man-to-man league. However, college basketball offers no such complications, and you can see a variety of zone defenses, some of which become synonymous with certain teams. These end up identifying teams amongst the fans in the NCAA.

If you’ve ever wondered what the chirpy sound during the games is, that’s a shot clock suggesting an attempt to score must be made. Basketball utilises a shot clock to speed up play, as well as to create a greater number of scoring opportunities. The offensive team must make their move to score within 24 seconds of gaining control of the ball in professional basketball.

NCAA players also get a slightly more relaxed time of 10 seconds to cross the half court division line as they attempt to score while NBA players only get eight seconds to do that. These minor differences end up making the NBA game tougher and more exciting to watch but in reality there is not so much time in college basketball that it is in any way slow or languid.

The more relaxed shot clock and the general headspace to take the time to think in an NCAA game results in the teams typically scoring around 40 to 50 points per game. However, the intense nature combined with a shorter shot clock duration of the NBA league takes the scores up all the way to an average of 80 to 100 points per team per game. This is one of the more obvious differences audiences will catch when transitioning from watching NBA games to NCAA games (or vice versa). 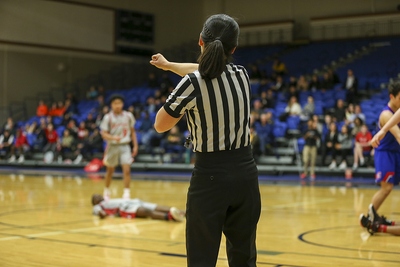 In addition, there are differences between the NBA and college basketball when it comes to fouls. NBA players are allowed six personal fouls before ‘fouling out’, which results in the player being disqualified from taking part in the remaining portion of the match. Players of NCAA basketball can only commit five of these fouls before being disqualified from the game.

There are different rules for cumulative team fouls as well. In the NBA, when a team commits four fouls in the same quarter, they end up giving their opponents two free throws. Easing it up in an NCAA game, a seventh team foul attracts a 1-and-1. In a 1-and-1 setting, the opponent starts with the ball and attempts to score with only one player defending the hoop. A 10th team foul will result in two free throws for the opposing team.

The NBA has strict rules for violating the uniform guidelines that the players must adhere to. It is important to know the uniform rules which are the same for both the leagues. The tee-shirt must be tucked in and the shorts should not be below the knees. When a player violates these rules in the NBA, he is fined. However, if a player violates these rules during an NCAA game, the whistle is blown and the game is halted until the player fixes the uniform.

Many players in college basketball are at the beginning of their careers and may not even ultimately choose to pursue professional careers. Being a professional league, the NBA is composed of the world’s best basketball players. Despite the high standard of basketball in the NCAA, the sport is obviously at its best in the NBA. Given that college players are still learning their trade to an extent, it seems reasonable that the rules are a little less stringent for NCAA players. 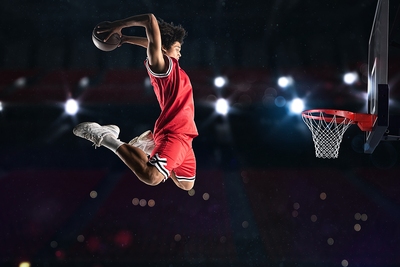 Another notable difference between the NBA and college basketball is the value of entertainment that can be derived from the matches. For the fans, this makes for a huge deal breaker. The NBA games will definitely have more flamboyant gameplays.

There will be the difficult to execute alley-oops, out-of-this-world dunks or even single-player spectacles that LeBron James is famous for. The half and full-court shots of Stephen Curry and the marvellous crossovers of Kyrie Irwing are sights not usually seen in the world of college basketball.

Cultivating such individualistic flair and skill clearly takes years of dedicated practice and college students are only beginning to experience this side of the hustle. And many fans of the sport will enjoy attempting to spot the superstars of the future amongst the college ranks on show, which gives a different kind of entertainment.

Structure of the season

Basketball teams in college play fewer games than those in the NBA. In the NCAA, teams play between 30 and 35 games in a season that lasts a little more than four months, while in the NBA, 82 games are played over six months. The NCAA hosts over 200 teams who play around 30 games a year, the NBA consists of 30 teams competing at least 82 times in a season. 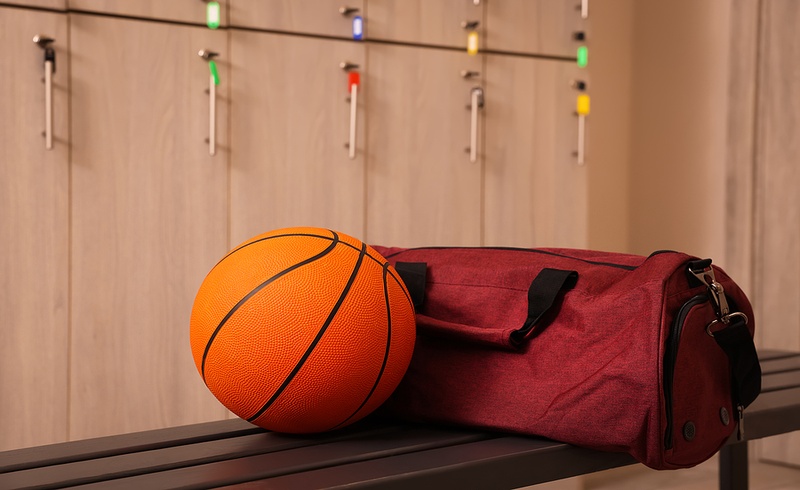 The biggest difference between both the NBA and the NCAA is that players who compete in college basketball are still in school (i.e. university or college). They are completing their education and there are therefore certain restrictions to being a student and an athlete at the same time. College students are at a stage in their lives when they are still trying things out and deciding on a career. They have no obligation to dedicate their lives to the game and when you see professional basketball players play, you will notice this difference to be the most conspicuous. Of course, if offered an NBA contract, it’s very unlikely any college player who turn it down upon graduation and opt to become an accountant or something, but you never know!

Having said that, without the feeling that your entire life is on the line with the ball and it is your ultimate passion, your game can’t be the very best or at least comparable to the NBA players. Indeed, college players who don’t feel that way are unlikely to make it to the professional ranks anyway. Professional players of the NBA are paid to play, they are majorly committed to only one thing during the entire span of their careers: basketball. NBA players also do not have to worry about many other things that a college student may need to consider during that part of their lives (most obviously, in most cases, money and indeed the time taken to complete their studies). This focus gives the NBA an unprecedented edge over college-level basketball. 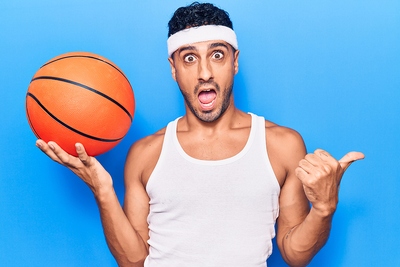 You now know the differences in the games of the NBA and college basketball, but are these differences worthwhile or even necessary?

While it is obvious that college players are not as highly trained or skilled as professional players, easing up the rules might not be the most beneficial thing for them. The NCAA produces the young athletes who end up in the NBA. It is considered to be the legitimate stepping stone to the world of professional basketball. In fact, many NCAA student-athletes decide to have a professional basketball career before they even sign up to join a team, or at least have that as their ultimate aim.

These players can end up a little confused when they play professionally in the NBA. The rules that are in place to support the players, easing the game for them while they get used to the sport end up being a hurdle towards the start of their new career. The shorter shot clock time makes for faster and more decisive players and the increase in distance of the three-pointer line improves skill. Getting used to the new nuances of the professional sport is an extra task for new players entering the NBA.

Moving From College Basketball To The NBA 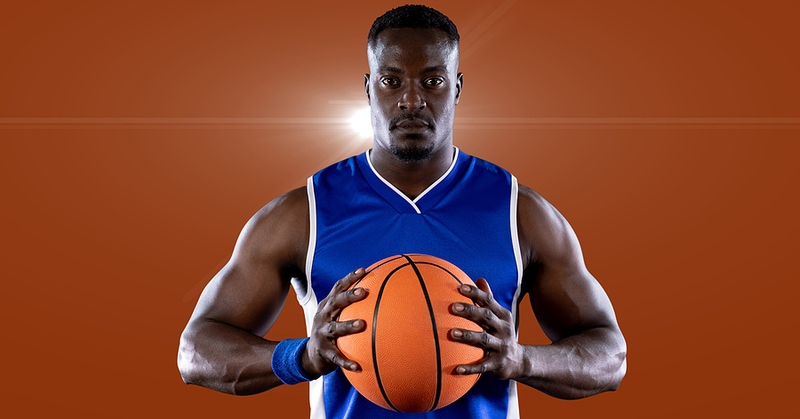 To enter the NBA any player must have played at least one year of basketball in college. The drafting season where all the 30 teams or franchises of the NBA pick players is when things get serious for NCAA players aspiring to join the NBA. The drafters are very careful as the players they might choose could vary in emotional and mental capacity depending on how many years they have spent in college. This is why it is mandated that any player cannot be eligible to join the NBA until at least two years after graduating from high school and they must be at least 19 years old.

These mandates ensure that the transition could be better handled by the players. The fame, responsibilities and the fact that they are now representatives of the NBA could take an extra toll on the players; however, the annual NBA Rookie Transition Program gives the players a chance to make themselves familiar with the new life they are hoping to enter.

As we have seen these were the major differences between professional NBA basketball and the college counterpart, the NCAA. While many of these differences are obvious, some are often overlooked by people. However, any veteran fan of the NBA is sure to be a little confused when watching an NCAA game for the first time, but hopefully this article has outlined the differences and this minimised such confusion in the future.