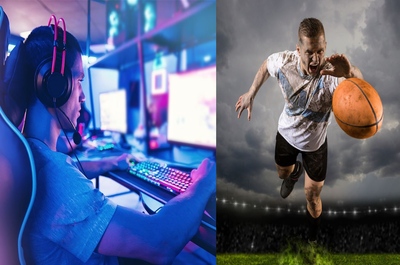 If you are determined to start an argument between your friends, there are certain questions near guaranteed to get a divisive response. You can try things such as is Marmite tasty? Is the middle meal of the day called dinner or lunch? Or should you put pineapple on your pizza? These are not particularly novel examples though so if you want something rather more original, you can ask if Esports should be considered a sport.

Depending on the age and interests of your audience, this is almost certain to get the debate juices flowing and you will find there are many people who have a very firm stance on the issue. Despite having ‘sports’ in the name, there are lots and lots of people unwilling to accept this is a fitting title for competitive video gaming. We are not here to convince you one way or the other, but we will provide you with both sides of the argument and let you make your own judgment from there.

Before we get going, it is important, indeed crucial, to define what a ‘sport’ actually is. This part is not contentious with various sources all giving similar definitions. The Oxford Dictionary says it is “an activity involving physical exertion and skill in which an individual or team competes against another or others for entertainment.” Similarly, Cambridge calls a sport “a game, competition, or activity needing physical effort and skill that is played or done according to rules, for enjoyment and/or as a job”.

Argument 1: Esports Is A Sport

Esports clearly fulfils almost all of the criteria detailed in the accepted definitions of what a sport is. It is very obviously a game with rules, and there is competition involved, whilst nobody could question the incredibly high skill levels of the best players.

There is just one criteria that is open to debate. A lot of the arguments claiming Esports cannot and should not be viewed as sport are based around the lack of physical effort required. Given the definitions outlined above, this does seem a fair point initially. Sure, Esports does require high levels of concentration and nimble hands but it is not physically exhausting. After a match is over you do not typically see players drenched in sweat or gasping for breath.

While this is all true, there are plenty of other sports out there which also do not require much physical exertion. The likes of golf, darts, snooker and bowling are usually considered to be sports but these all require minimal physical effort levels and would also falter if ending sweaty and out of breath were a sport’s defining characteristics. In fact, the level of cardiovascular fitness needed for these sports is so low you can easily find overweight players at the very top levels of them all (naming no names of course!).

If you are happy to accept the likes of these as sports then it seems only fair that you allow Esports into the family too. If, however, you think that darts, golf and similar so-called sports are not real sports then there are other reasons why you might be willing to make an exception for Esports. For one, Esports are fiercely competitive and played at an incredibly fast pace full of split-second decisions. There is plenty of tactical thinking and teamwork similar to that which you would find in many other traditional sports.

Additionally, a typical Esports player will follow a strict training and diet regime to help ensure they stay in good health. It is not overly physically demanding but there is some cardiovascular training alongside lots of cognitive testing. Research from 2016 found that on average, Esports players encompass 1.08 hours of physical training into their daily routines. In addition, 55.6% of them believed that the physical exercise had a beneficial effect on their performance. This is a belief backed by science as there is a clear link between an increase in exercise improving certain motor functions like reaction time and hand-eye coordination.

Finally, during competitive matches, Esports players endure the kind of physiological responses that many top athletes do. “The amount of cortisol produced is about the same level as that of a race-car driver” according to Professor Ingo Froböse of the German Sports University in Cologne. He added that it is something “combined with a high pulse, sometimes as high as 160 to 180 beats per minute, which is equivalent to what happened during a very fast run”.

Part of this physical response is simply the pressure but part is the rapid hand movements of the players. Froböse found that Esports athletes achieve up to 400 movements on the keyboard and mouse per minute. This is around four times more than the average person would move sat at their desk doing their usual tasks.

Given all this, if the International Olympic Committee is happy to declare chess as a sport, then how can Esports not be?

Argument 2: Esports Is NOT A Sport 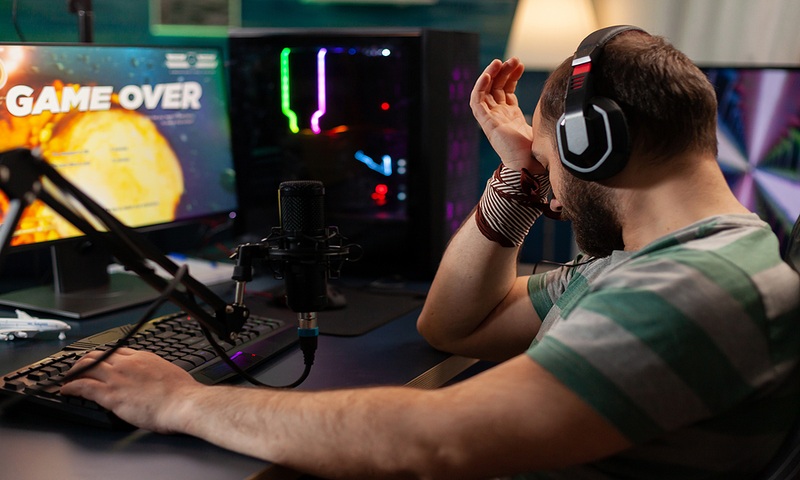 We’ve made a case as to why you should consider Esports to be an actual sport but now it is time for the opposite. The main argument against, as we have touched on before, is that it is not physically demanding. You do not need to be very strong or especially fit to be among the best in the business.

Many other sports personnel spend countless hours in the gym or on the pitch/court undergoing intense training drills to make themselves fitter and stronger than their opponents. The amount of training some undergo is quite simply unbelievable at times. Michael Phelps, for instance, was doing so much training that his daily calorie intake was between 8,000 and 10,000 (not quite the 12,000 that he is often quoted). Essentially he was eating the same as a typical family of four.

When the likes of Phelps and other sportspeople in disciplines such as running, football, rugby, boxing, and other sports like basketball or American football are spending hours in the gym and burning thousands of calories, how can Esport exponents claim people who play video games should be classed in the same way? At the end of a game of football or a boxing match, participants can often barely talk, whilst after a particularly gruelling triathlon Yorkshire’s Jonny Brownlee could not even stand. Critics of Esports being classed as a sport point to this and the clear difference between what they would argue is simply playing video games.

There have been some more authoritative sources that stand by the view that Esports is not a sport. The Swedish Sports Confederation claimed Esports was not a real sport and thus Stockholm could not host ‘The International’ in 2021 as initially planned as players would not be able to obtain visas. Valve did appeal the decision but they were immediately denied. Even the British Esports Association said in March 2017 that “Esports is not a sport, but a credible activity in its own right”. When you have people heavily involved in the industry itself claiming it is not a sport, then it certainly adds weight to the argument. 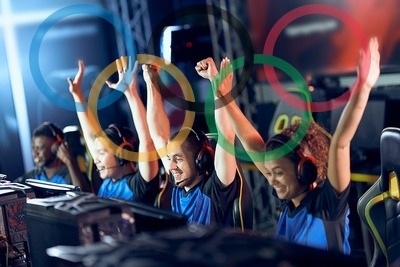 In true diplomatic style, we will say that there is a convincing case made by both sides. In future though we can see the scales tipping slightly towards Esports being more widely accepted as a sport. There has been some talk about including Esports into the Olympics, such has been its meteoric rise in popularity in recent years. The International Olympics Committee commented on the issue in 2017 stating “eSports could be considered as a sporting activity but it must not infringe on the Olympic values” (By this they meant that the Games must not contain any extreme violence).

While the public remain divided on the issue, an Olympics appearance would certainly help legitimise its status as a sport should it ever feature among the line-up. That said, critics can simply point out that the likes of dressage and archery also feature at the Olympics and such people question their categorisation as a sport.

Moving forward, it would perhaps be helpful to have two separate terms, one to denote a sport that involves a lot of physical effort, such as rugby, football, basketball and soon, and one to denote sports that require high levels of skill, for example darts, archery and in this case Esports. This would not be a perfect solution as you would still quite probably have to deal with some borderline cases that could fall into either category but it should lead to much less squabbling overall.