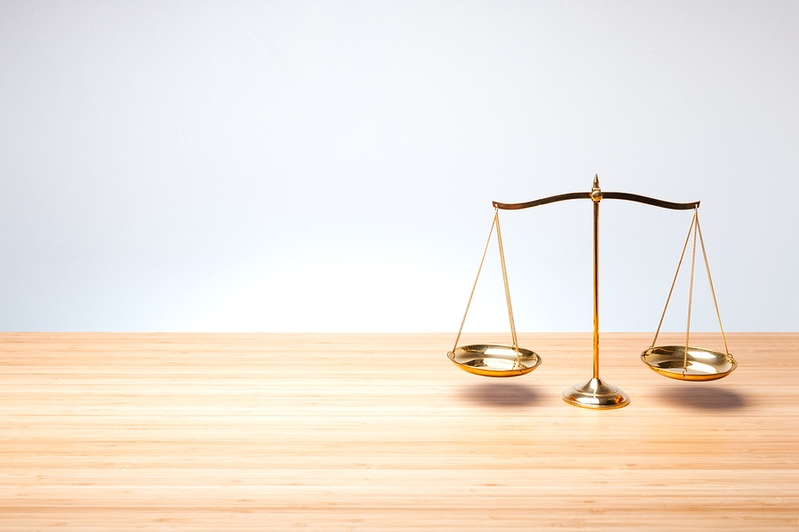 The sport of horse racing can seem a little daunting to the uninitiated, with the wealth of information contained on a race-card often appearing overwhelming. Whilst some of this information is fairly easy to decipher, e.g. the name of the trainer and jockey, other sections can take a little more explaining.

One area which can cause initial confusion is that which relates to the amount of weight to be carried by the contenders. It’s all well and good being told that Horse A will carry 9st12lbs, Horse B 9st7bs and so on. But why exactly is this and what impact does it have? Why are some horses required to carry more weight than others?

As is often the case in the racing world, things aren’t quite as complicated as they might at first appear. Hopefully our quick guide will shed a little light on this relatively simple, yet crucial aspect of the sport.

So, without further ado, let’s take a quick look at the various reasons as to why horses are required to carry different weights, looking both at handicap races, and non-handicap events. 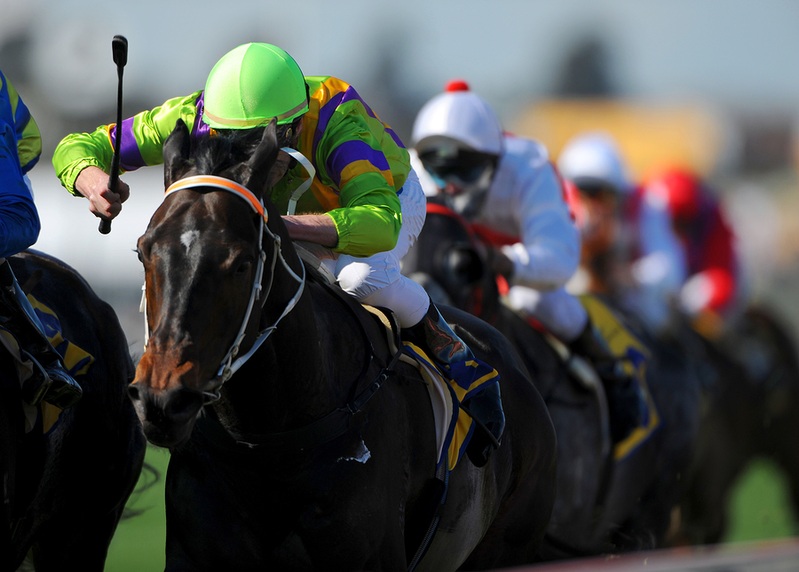 Probably the best way to explain why horses carry different weights in handicap races, is to consider the main reason these races were first introduced to the racing programme.

The aim of a handicap contest is to provide each of the runners with an equal chance of winning. Clearly, all runners have differing levels of ability, so how do we create a more level playing field? It’s quite simple really, we make the faster horses carry more weight than the slower ones. And that is the basis of the handicapping system.

Of course it needs to be a lot more specific than that. Exactly how much more weight should one horse carry than another? This is where the official handicapper comes in. It is the handicapper’s job to assess the merits of the racecourse performance of each and every horse in training, and so produce a numerical value which represents their ability.

This value is known as the horse’s official rating, and determines the amount of weight the horse will carry in a handicap contest. This rating is continually adjusted after each run, in general going down after a poor performance, and being raised after a better than expected run.

Let’s take a look at an example. Consider a Class 5 (0-70) handicap – the (0-70) aspect indicating that the race is open to all runners with an official rating of between 0 and 70. The conditions of this race also state that the maximum weight to be carried will be 9st7lb. A runner rated 70 would therefore be shouldered with this maximum burden. In the world of official ratings, 1 ratings point equates to 1lb in weight. Therefore a 65-rated runner in this race would carry 9st2lb i.e. 5lb less than the 70 rated runner, a 64 rated runner 9st1lb and so on, thus equalising the chances of all the runners in the field, in theory anyway. 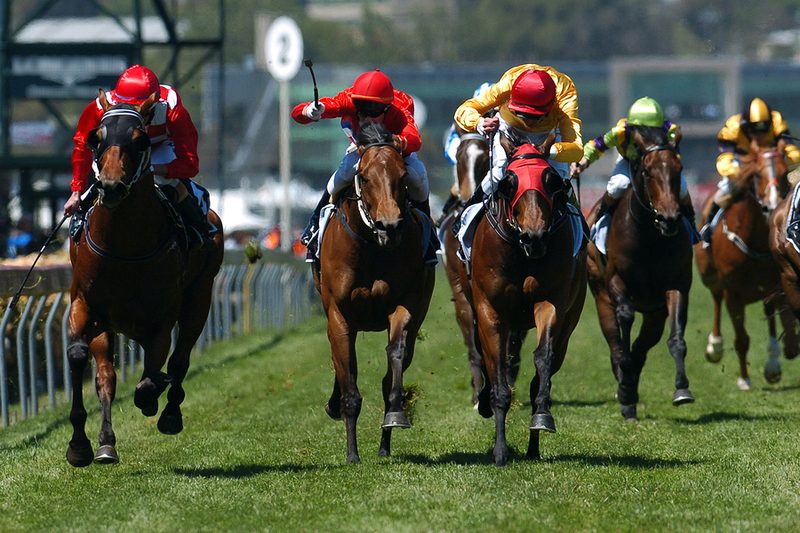 Of course not all horse races are designed to provide a level playing field, we do also have the upper echelon of races in which horses compete in order to determine who is in fact the absolute fastest of them all operating on a level playing field. These are Group 1, Group 2, Group 3 and Listed events on the flat, and Grade 1, Grade 2, Grade 3 and Listed contests over jumps.

Handicap ratings are not utilised to determine the weights carried in such contests, but we do have other factors at play which effect the weights carried by the runners. The aim in this instance is to average out the natural physical advantages certain horses have over others: specifically male horses over females, and older runners over youngsters.

As in many areas of the natural world, male horses (colts and geldings) are stereotypically stronger than their female counterparts, and therefore able to run faster. There are obviously exceptions to this, but in general terms it holds true, and so a weight allowance for the fillies and mares is often used in non-handicap races in order to cancel out this disadvantage.

The size of this weight allowance does vary depending upon the age of the runners and the type of race, but ranges from 3lb to 7lb. The exact amount will always be listed in the conditions of the race in question. 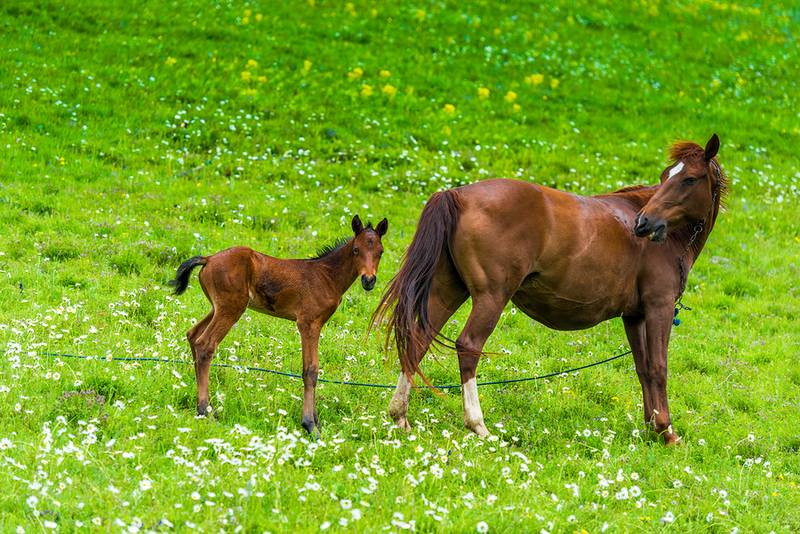 Most racehorses – on the flat at least – begin their careers at the age of two. Often described as babies at this point in their career, they are actually more comparable to teenagers in human terms, but are still nowhere near full physical maturity.

Horses are not thought of as being fully developed until they are four years of age. It therefore makes sense that the younger runners should receive a little helping hand when tackling their older rivals. This helping hand comes in the form of a weight allowance as determined by the weight for age scale, which operates in both handicap and non-handicap events alike.

The exact amount a runner receives depends upon a number of factors, including the respective ages of the horses, the time of year, and the distance over which the race is run. The weight for age allowance operates on a sliding scale which shadows the development of the younger runners.

For example, a two year old tackling a three year old over 5f in January would receive a whopping 15lbs, but by May this allowance would be reduced to 9lb, and by October it would have disappeared entirely. Again the exact allowances in place for a given race will be listed in the conditions of the race. 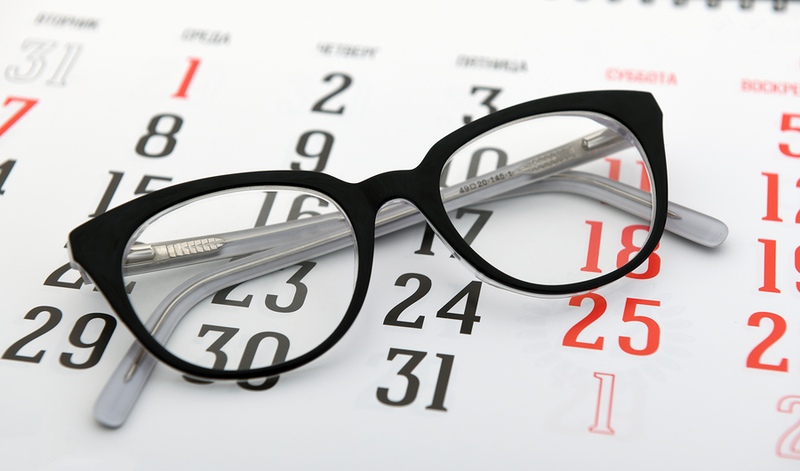 The above gives a good outline as to how the weights carried by racehorses are determined, but there are still a couple of elements to make a note of. The first of which falls under the category of penalties. These penalties come in two main forms, but both concern receiving an additional weight burden due to having won a race.

The first of these relates to having won a race particularly recently. In Britain all handicap ratings are produced on a Tuesday but only assess races run up to and including the previous Saturday, with the assigned ratings then not actually coming into effect until the following Saturday.

Now consider a runner who races on Sunday 10th August for example, and wins from a mark of 70. This performance would not actually be assessed by the handicapper until Tuesday 19th August, with the new, inevitably higher, mark not coming into play until Saturday 23rd August.

This in theory gives the runner a 13-day window in which to run as many times as connections wish, from its current “winning” mark of 70, in theory giving it an advantage as it will be carrying less weight than it “should” be carrying. The penalty system is racing’s reaction to this scenario.

Any runner who wins a race, and then wishes to run in another race before their new handicap mark comes into play is permitted to do so, but must carry an additional penalty. For jumps racing this penalty is a set amount of 7lbs, but on the flat it varies depending on the age of the runner in question, as outlined below.

Such penalties will be noted on the race card, directly beside the weight to be carried by the runner. The notation “6ex” for example, indicates that the runner will be carrying a 6lb penalty.

The second type of race winning penalty concerns contests at Listed level or above, and involves penalising runners who are already proven winners in the grade or in a higher grade. Runners in Group/Grade 1 races will never be penalised in this manner, but a previous Group 1 winner running in a Group 2 race may have to carry a penalty. Whether this is the case for a given race, and the exact amount of the penalty to be imposed, will always be outlined in the conditions of the race. 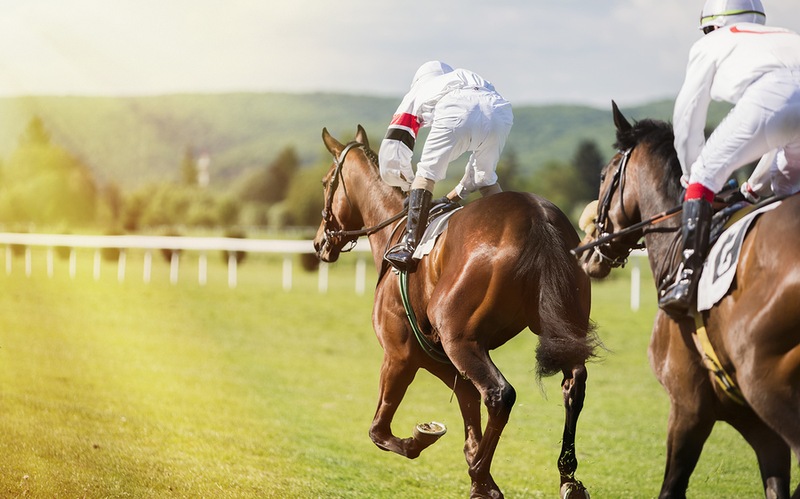 The final factor which can affect how much weight a horse carries in a contest is the jockey in the saddle. Specifically whether it is a professional or an apprentice jockey.

In order to encourage the career development of apprentice jockeys coming through the ranks, these novice riders receive a weight allowance from their professional rivals in order to make up for their lack of experience, and also encourage trainers to utilise their services. This practice is in evidence in both flat and jumps racing, and in both instances sees the amount of weight an apprentice can claim decrease with the number of races they win.

Flat apprentice jockeys begin their careers with a 7lb claim, which reduces to 5lb upon winning 20 races, 3lb after their 50th win, and finally to zero following their 95th success.

Apprentice jockeys in the National Hunt sphere are referred to as conditional riders. Again beginning with a 7lb claim, this reduces to 5lb after 20 wins, 3lb after 40 wins, and disappears entirely after their 75th victory. In certain contests conditional riders are able to claim an additional 3lbs if riding for the yard to which they are attached, resulting in possible allowances of 10lb, 8lb and 6lb.

How is the Weight Carried?

If you were thinking that it was a little unfair to expect a horse to carry an additional nine stones or more on top of the jockey, fear not. The handicap weight refers to the total mass of the jockey and saddle. Where necessary, lead weights are added to padded pockets in the saddle to make the total correct.

Jockeys and their equipment are weighed out before the race in order to make sure they are carrying the correct total. They are then weighed back in to make sure everything is above board. In an ideal world the jockey and saddle will make up all of the weight to be carried as the impact of the mobile jockey is slightly less than the dead weight of the extra lead bulk.