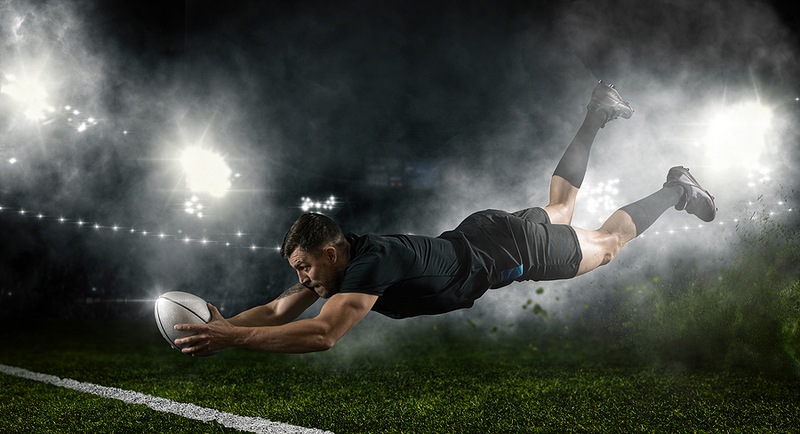 There are lots of options when it comes to betting on rugby, and whether you love rugby league, union (or both), tryscorer betting is a brilliant market that can offer highly rewarding odds.

But what is tryscorer betting and what options are there available within this?

The clue is in the name here, and tryscorer betting – would you believe? – entails betting on someone to score a try in a given game. There are similar markets in football (goalscorer) and American football (touchdown) and this market essentially works exactly the same as those do. As with those sports, almost all of the best betting sites offer three options when it comes to who will score a try. 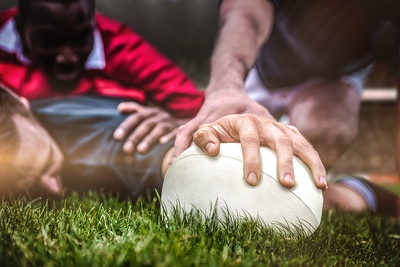 Perhaps the most popular of the try-related bets concerns which player will score the first try in a game. This is a simple wager and you are picking a specific player to score the first try of a specific game. There isn’t really all that much else to say about this, other than it is a bet that invariably offers rewarding odds if you can call it right.

The exact odds will vary from game to game of course but it is rare to see even strong favourites available at odds shorter than 6/1 and often the shortest priced player (or players) are around the 9/1 mark. Beyond the players deemed most likely to cross the try line first you typically have a clutch of options at around the 16/1 to 25/1 mark and all of these are in with a chance. This is one of the big appeals of this market: the chance to land a really big win from a relatively modest stake.

It is worth noting that when it comes to the first tryscorer betting, No Tryscorer is an option as well, just as No Goalscorer is in football. This is unlikely of course but the long odds make it worth considering if you predict a really tight, scrappy, defence-dominated game, perhaps played in terrible conditions. Again, as in football, this is relevant to all three markets, first, last or anytime scorer.

Another similarity with the corresponding football market concerns penalty tries. In the same way that own goals are excluded in football, so too, usually, are penalty tries in both codes of rugby. The only exception to this would be where “Penalty Try” was expressly listed as an option, which can happen from time to time at some betting sites.

More commonly though penalty tries are simply ignored, meaning that if the opening try of the game is a penalty touchdown awarded by the ref it is the next one that will be the winner in terms of first try bets. This is the case with regards last tryscorer bets too.

Note that, unless otherwise stated, tryscorer bets (and rugby bets in general) apply to normal time (plus injury time) only, and not extra time. So for instance if there were no tries in a match in normal time and the match went to extra time, if the player you backed in the first tryscorer market scored the only try in extra time, your bet would not be a winner.

Last of all you should note that for bets on this market rules may vary slightly from bookie to bookie (and at some bookies league and union have slightly different rules too!) if your player does not start the game. Usually if they are not even in the squad you can expect a full refund, whilst some sites offer a refund if your player doesn’t start the game. Others follow the common football rules and will only offer a refund if your player either doesn’t come on from the bench, or only does so after the first try has been scored. Almost all sites will allow last or anytime scorer bets to stand if a player comes on as a substitute, even if that is only for a matter of seconds.

If you have any doubts, either contact the betting site’s customer service team or check the specific rugby (league or union as appropriate) rules. One way to get round such issues, or at least reduce the likelihood of them, is to only place such bets once the line-ups have been announced. 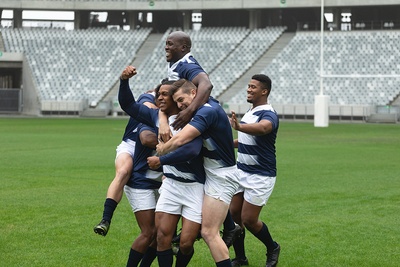 The last tryscorer market is a good option to keep you interested right up to the final whistle and as you have hopefully already figured out is a bet on which named player will score the last try in a game.

We’ve covered the vagaries of the rules and things to be aware of above so there isn’t all that much else to say. The odds for this market are usually very similar to those for first scorer, so once again this is a good bet for those looking to win big with a small stake.

The only thing worth noting is that in this market a player named as a substitute can be worth considering. A winger or other likely tryscorer coming off the bench is likely to be a dangerous proposition late on and whilst they won’t have as long on the pitch, their fresh legs could prove crucial at just the right time for this bet. In contrast, a player named as a starter may be withdrawn, so there is an extra element of strategy here.

An anytime tryscorer bet typically has much shorter odds than backing the first or last scorer in a game. As above, we’ve already considered the various rules issues so there is not a lot to add. This is simply a bet on a specific player to score a try at any point during a given game. Any try makes the bet a winner, so whilst it is far less risky than trying to predict the first or last scorer, the odds are correspondingly shorter too.

There are now a plethora of try-related bets you can check out, with bookies trying to outdo each in terms of offering more and more markets, especially on the biggest games. Here are just a selection:

There are loads of different markets that focus on tries with bookies introducing new ones on a frequent basis. Whilst the first and last tryscorer markets remain the most popular, if you are a rugby fan it is well worth checking out all the options to see if you can sniff out some value.